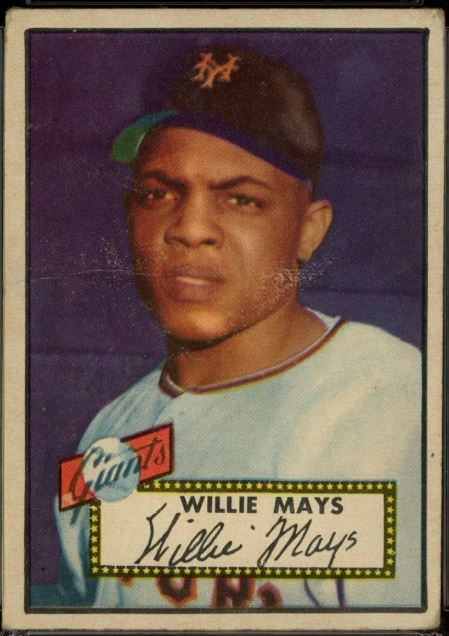 Willie Mays was one of the best five-tool players to ever play the game.  A rare combination of blistering speed and defensive prowess complemented his blend of power and accuracy at the plate.

Willie Mays defined the way that the game should be played and his early childlike love for the game earned him the moniker – ‘The Say Hey Kid’.

Despite all of the success on the field, Mays had to endure racial pressures and a bit of an odd relationship with the media and fans alike.

Still to this day, Mays remains well respected as a ballplayer and to this day is considered to be on the all-time greats.

In this piece, we examine the most important and valuable baseball cards for Willie Mays, most of which are still highly sought after among vintage collectors.  This covers Mays’ cards dating from 1951 through 1960.

Sometimes hype and excitement gets in the way of reality.  And in the case of Michael Jordan's 1986 Fleer rookie card, I'm worried that this might be the case.

Never have I seen a 30+ year old card garner so much attention--and fueled by what?  A documentary?  Are people so stir crazy that they somehow forgot that Michael Jordan was one of the best to ever play the game?

I bring all of this up due to the fact that Jordan's rookie card has begun to reach levels of hysteria that normally crop up in the way of a new rookie phenom.  But here we are talking about the 50-something year old Michael Jordan.

As a case in point, I put together a spreadsheet back in April of 2019, tracking the prices of Jordan's rookie (see below).  In a little more than a year, Jordan's rookie card has increased across the board by the tune of nearly 200% in most grades.