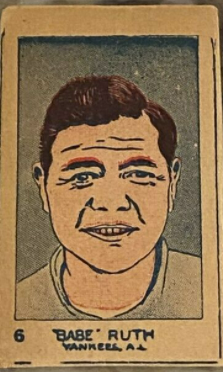 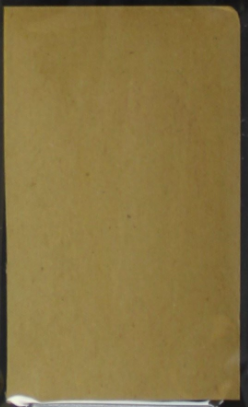 I've been a part of many collector discussions which targeted the W512 set as the ugliest baseball card issue of all time. I get it, the drawings are crude, and colors so drab that the overall design appeal is severely lacking.

But for anyone that wants to get their hands on a playing day Ruth, Cobb, or Tris Speaker, the W512 set offers one of the most affordable ways to do so.  Let's take a closer look at the biggies in the set: 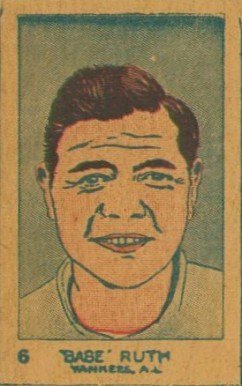 This Ruth card was issued right around the prime of his career, and for any collectors seeking a more affordable Ruth card this is a great choice.

Sure, it's not the prettiest image, but I personally think the cartoon like feel of the drawing gives it a special appeal.

PSA has graded less than 200 copies and lower to mid grade copies can sometimes be found for less than $2000. 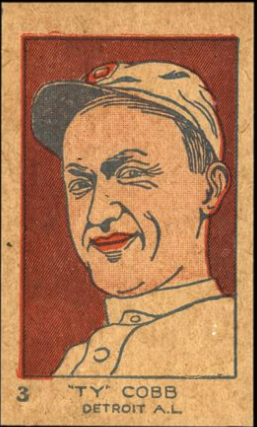 Sure the Ruth card is crude, but the Cobb card is let's just say peculiar. Looking more like The Joker than one of the best hitters to play the game, it's definitely a little creepy looking. And not sure what's going on with the red lips, but it's something fairly common with some of the crudely drawn strip cards.

It's fairly scarce (PSA has graded only ~130 copies) and it's affordable; raw copies can usually be found for less than $1000. 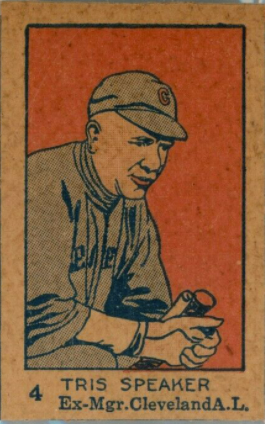 While maybe not as horrible looking as the Cobb, the Speaker is still a crudely drawn example of the baseball great.

At the time of issue, Speaker was about 38-39 years old and this card makes it look like he's about 70 years old.

When issued, Speaker was a player/manager for the Indians, and he was still on top his game, batting .389 during the 1925 season, good for second overall in the league, only behind Rogers Hornsby.

W512 Cards for Sale on eBay