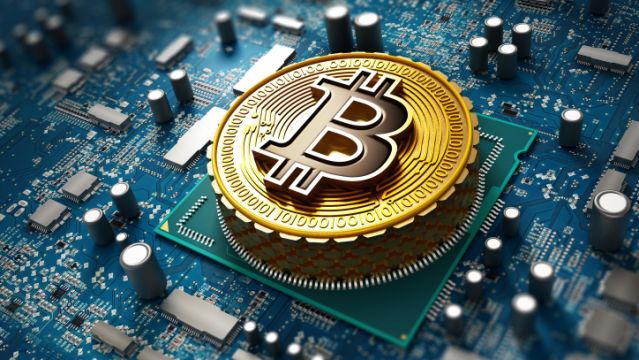 Sports Card Hysteria: Is 2021 When The Bubble Finally Bursts? 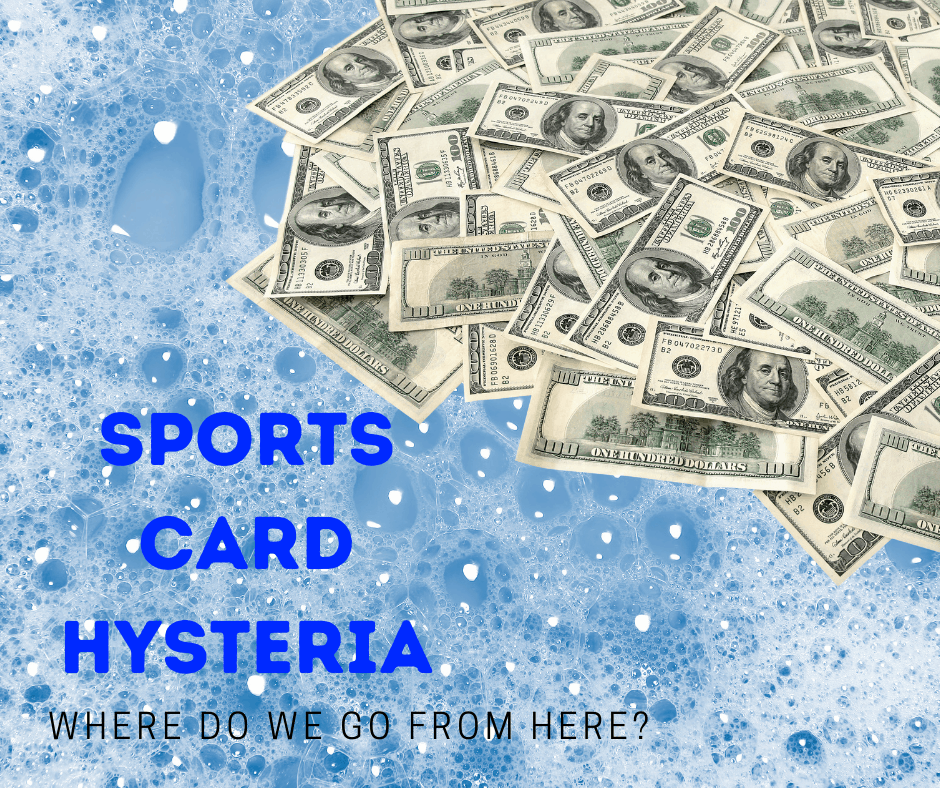 Sports card values have been on an unworldly increase of late.

The rise has given credence to the belief that sports cards should be earmarked for collectors as a part of their overall investment portfolio.

And I certainly have advocated that cards should be thought of as an entirely distinct asset class, separate from stocks, bonds, art, etc.

Yet, the hysteria of late has me moderately concerned; I’m noticing signs that indicate we may be in the midst of another asset bubble in the sports card world.

In this piece I discuss some of my concerns regarding card prices, some of the red flags that I’ve noticed and where we might go from here.

As always if you have any thoughts on the current state of the hobby–please comment below or feel free to email me at chris@allvintagecards.com

These Rare Vintage Basketball Cards Are Now Up For Auction 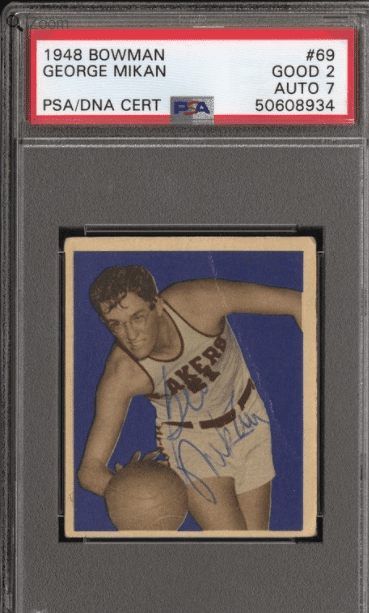 Some recent vintage auction house finds have brought to market some of the rarest sports cards in the hobby.

A current auction at Birmingham Auctioneers showcases some one of a kind vintage basketball cards, some among the rarest in the hobby.

Included in the auction is a George Mikan autographed 1948 Bowman rookie card, one of only six copies that have been graded by PSA.

Mikan rookie cards along with other vintage basketball cards have been on a tear of late.

Note that many of the cards featured in the auction were first referred to All Vintage Cards.

If you have a collection and are looking for a free estimate, be sure to get in touch.

Let’s take a closer look at some of the offerings:

Vintage Basketball Card Values Are Soaring: Can The Momentum Last? 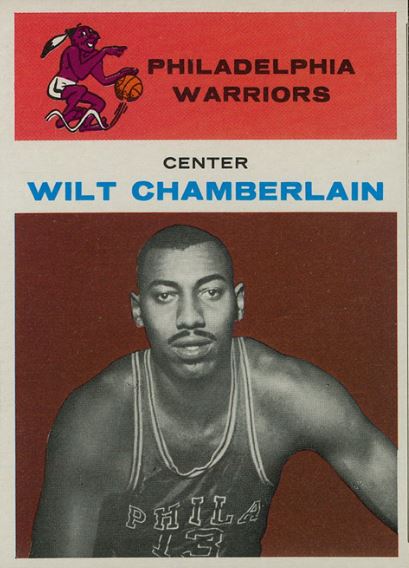 Vintage basketball card prices have been on a roll of late, fueled by speculation and demand for some of the hobby’s most prized possessions from the past.

The boom in values has been fairly widespread throughout most of the vintage sports card market, but the flame seems to have really been held to basketball card values.

Why the increase in basketball card prices?  It’s hard to pinpoint an exact reason, just like it’s hard to tell you why Pets.com was one of the most loved stocks at the height of the stock internet bubble in 1999.

Momentum can be a funny thing.  Using stock prices as an example, once that excessive demand builds in something that everyone wants to own, the underlying valuation of the item at hand tends to get thrown right out the window.

It’s a lot easier to put a value on a stock then it is a basketball card.  With a company, you can evaluate the profits relative to the company’s value and growth prospects to determine if a company’s stock is over or undervalued.

The widespread price increases throughout the hobby has led to a surge in demand for sports card grading.

This has led to significantly increased wait times across all of the third party grading companies.

PSA, SGC and Beckett just can’t keep up.  With forced closures during the peak of COVID leading to a backlog, the excess demand in recent months has led to significant delays for all of the grading companies.

Thus, if you have a card you want to get graded, you could be waiting upwards of six months to get your card back.

Now of course there are ways to spend a bit more and get your order expedited.  In this guide, we’ll examine the wait times for all of the grading companies and what it costs to get your cards graded today at each company. 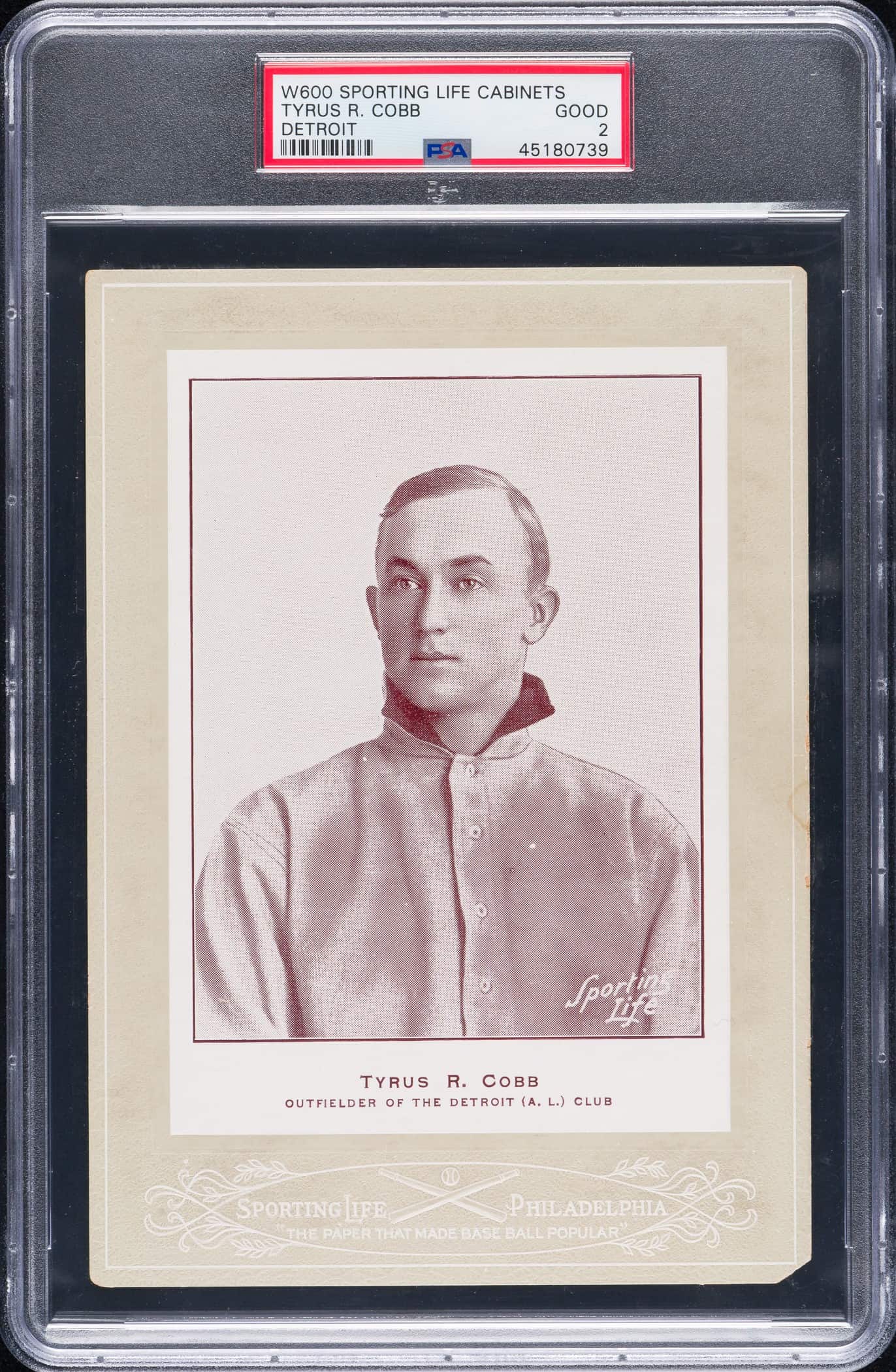 We speculated recently that the coronavirus pandemic that’s sweeping our nation might lead to a weakness in the vintage card market.

With many service-based businesses completely shut down and unemployment filings rising by the day, it was of my opinion that the economic stress could lead to a dip in card prices.

However, for now, if we only look at the recent results at the REA Spring 2020 Auction, the vintage card market is showing minimal signs of weakness.

Past recessions have shown that collectors do tend to hold onto their beloved cards until things have really come off the wheels.  So far, it looks like that could be the case again, although not much is certain in regards to this coronavirus.

In this piece, we examine some of the auction results and provide a look into the health of the vintage card market.

Will The Coronavirus Lead To A Freefall in Vintage Card Prices? 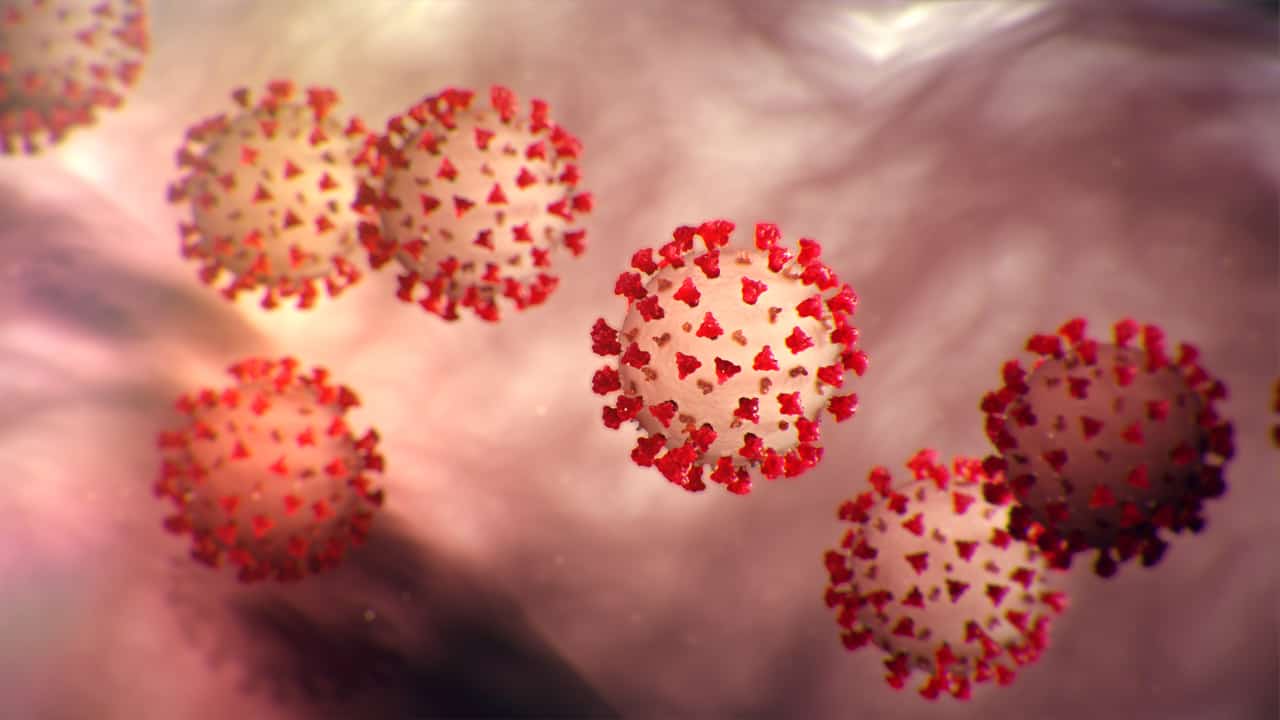 It has been an ugly few months. A pandemic is sweeping our nation. The S&P 500 Index has plummeted by 40%. Every so often we get a black swan that catches everyone by surprise.

This surprise is invisible and unstoppable – a powerful and contagious virus called the coronavirus or COVID-19. We weren’t prepared for it despite warnings.

As I’m writing this, the United States is still in the early innings of what will likely be a devastating and heartbreaking outcome for our country. And while the number of deaths are still fairly small in quantity, the economic impact is already being felt far and wide.

Airlines are shut down, restaurants are closed, hotels and casinos are closed up. Employees are getting laid off in the hopes they can quickly collect unemployment. Schools are closed and people are forced to work from home.

In a perfect world the third party grading companies should be evaluating cards objectively, and not letting any sort of biases creep into their final decision for a card.  Yet, we all know that we've seen some questionable grading decisions in the past, based on the numerous trimmed cards that have ended up getting numerical grades.

A recent video posted by Vintage Card Curator on YouTube challenged this fact by taking a look at what they refer to as the "9:10 ratio"; a simple calculation that looks at the number of PSA 9 cards and divides the number by the number of PSA 10 grades.  A simple way to interpret the number quickly--if for example we see a card has a 9:10 ratio of 12:1 it means that a card gets a 10 grade for every 12 cards graded a 9 by PSA.

It was only a matter of time. Finally something is happening from a legality standpoint in regards to the latest card trimming scandal.

The class action lawsuit in question was filed this week in California and alleges that Collector's Universe (aka PSA) 'knowingly graded altered cards' and that PWCC and Probstein 'knowingly sold altered cards'.

The lawsuit claims that due to the widespread nature of available information, PSA "knew or should have known that it was grading altered cards".  This part of the argument is a bit light on substance.

First, the lawsuit claims that given that PSA is an expert in the field of grading, they 'should be able to identify indicia of alterations such as removal of stains and smoothing out of creases'.

This part I agree with. 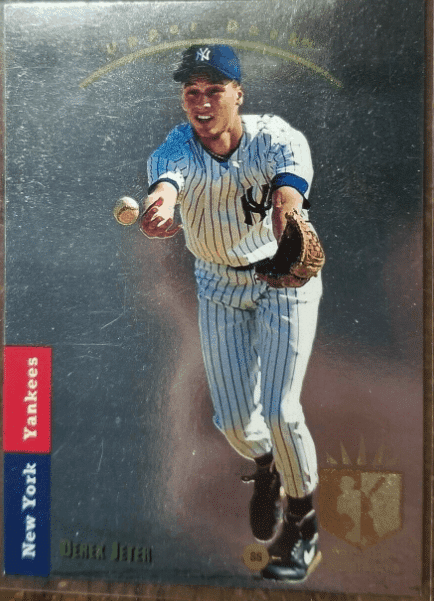 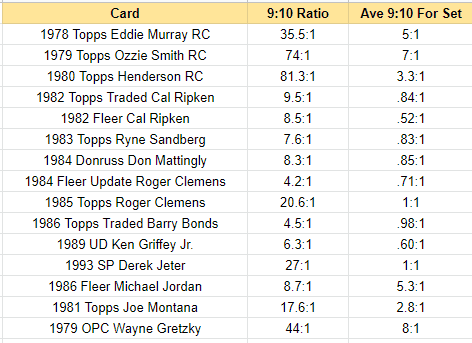 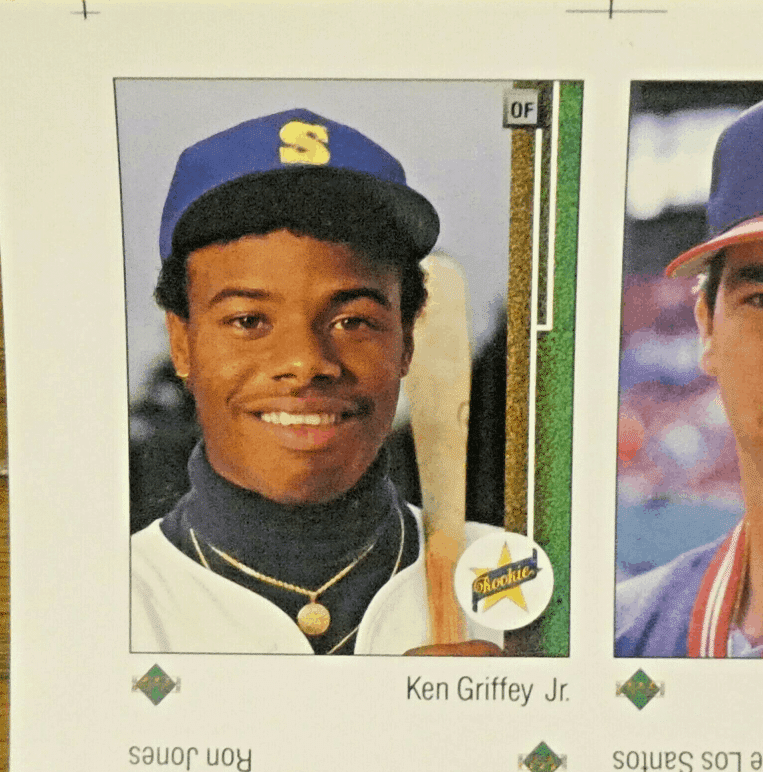