I’ve had a few weeks to digest the acquisition of Topps by Fanatics and wanted to provide a few comments.

First, let’s just say that the deal comes as absolutely no surprise.

I wrote about the possibility back when Fanatics had acquired the MLB licensing rights.

Fanatics pulled the rug right from under Topps and stole the one thing that keeps the heartbeat alive for the company – it’s licenses.

So, I would imagine, that Fanatics could pick up Topps for pennies on the dollar, and get access to all its brands, designs and trademarks. Plus, Fanatics needs that MLB license that Topps holds through the end of 2025 in order to make cards with team names and logos from 2023 to 2025.

Thus, yes, a Fanatics takeover of Topps would make a lot of sense.

However, I also noted that pride might keep Topps from selling out to Fanatics, and it seemed as if Fanatics might want to blaze their own branding trail.

Yet, the deal, honestly just made way too much sense for Fanatics.

I must also say, that in terms of business strategy, Fanatics gets an A++ for this transaction. They outmaneuvered everyone here.

Let's not forget that Topps had a deal to come public at a valuation of around $1.3 Billion, however, the deal was squashed when Topps lost the licensing.

I got bamboozled in this deal as well, as I owned warrants on Mudrick Capital Acquisition Corp, the SPAC vehicle that was planning to acquire Topps.

So, what does this deal mean for collectors and the hobby?

First, Let's Look At Each Sport and The Current Licensing Deals

A license from a player's union (such as the MLBPA) lets you produce cards featuring a player's name and photo (referred to as likeness). Then you need the league license (MLB) for the team name and logo.

Upper Deck remains the licensee for the NHL and the NHLPA. They recently announced the signing of a long term extension although no terms were mentioned

What Cards Can Fanatics Produce From Here?

The Topps deal allows Fanatics to now hit the ground running with baseball cards under the Topps and Bowman brand names.

Before the deal, they could only make (under Fanatics brand) baseball cards with player names and photos (with no logo/team names). Topps had an exclusive on the MLB license until 2025.

Fanatics now gains years of invaluable IP and experience with the ability to leverage the legendary Topps brand immediately. 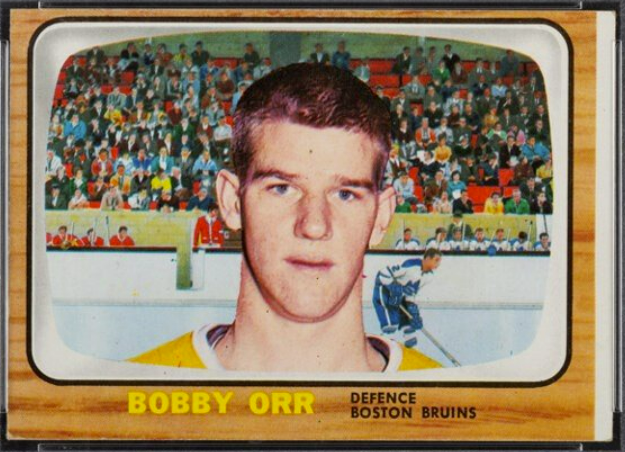 The legendary IP and Brand recognition gained in the $500 Million Topps acquisitions by Fanatics might go down as one of the best acquisitions of all time.

And it was something I figured was going to be an issue, given their lack of experience in card manufacturing.  From the WSJ:

“We wanted to start with a foundation that was in place,” said Michael Rubin, Fanatics’ chief executive. “That’s a much better approach than building this from scratch.”

It remains unclear what the future of the Topps brand will look like from here.

My assumption is that Fanatics leaves the brands intact, making modern tweaks to modernize as they see fit.

Their management team is a big believer in digital collectibles and NFTs, so I would imagine that Topps NFTs are likely to be a big push in coming years.

What About Other Sports? Basketball? Football? Hockey?

For hockey, not much Fanatics can do, since Upper Deck signed a long-term extension with the NHL and NHLPA. Unless of course, they wanted to swoop in and acquire Upper Deck to get access to the NHL licenses. 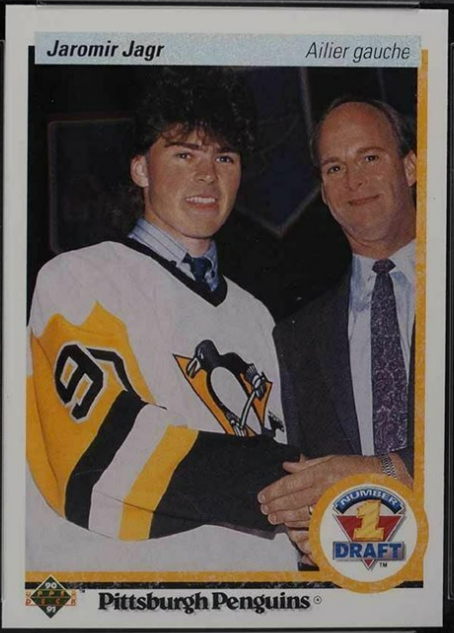 Upper Deck has a great relationship with the NHL thus, the only chance Fanatics would have in making hockey cards would be via another acquisition of Upper Deck.

As for basketball, Panini's licenses don't expire until 2026. So, Fanatics (or Topps) can't do anything until then, when they take over as exclusive licensee. Many collectors I've spoken to are excited about the potential return of Topps or Chrome Basketball cards. 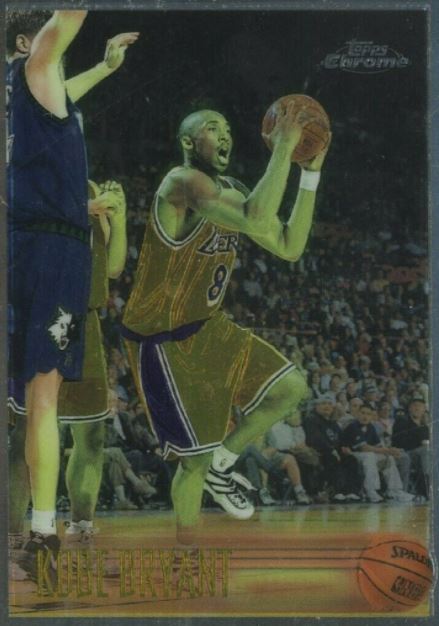 The return of Chrome basketball cards under the Fanatics umbrella are a definitely possibility.

On football cards, still needs to make a deal with the NFL, but they do have a license with the NFLPA to produce cards starting in 2026. My guess is that ultimately this deal gets done fairly soon....that is unless....Panini is a target of Fanatics maybe?

Could Panini Be The Next Target For Fanatics?

They already secured the crowned jewel in the baseball card business. The present holes in Fanatics' future are the lack of near-term licenses in basketball and football. Two sports where Fanatics can't make any cards in either sport until 2026. 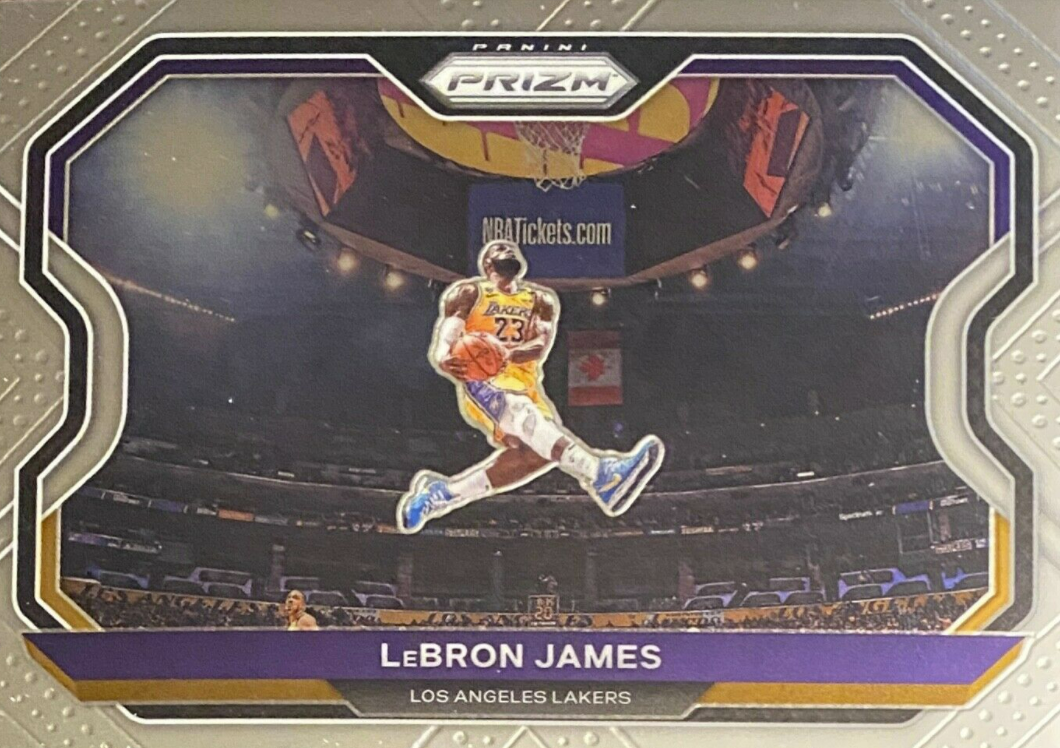 Panini could be the next target for Fanatics in order to gain access to their NFL and NBA licenses.

Thus, I could definitely see Fanatics looking to take out Panini, just so they don't miss out on the next four years of card production in basketball and football.

His comments focused on their use of many similar parallel cards to try and obfuscate the fact that they were still printing a LOT of cards.

Despite their best attempts to avoid it, by introducing new forms of uniqueness and scarcity, card companies must confront the same risk they faced in the 1990s: inflation. Where does it end? Will 2030 Panini Select Basketball be one-hundred-thousand 1/1s and nothing else? Seriously, that might be where we are heading. And if every card is unique, then nothing is unique, and none will have any additional value. ROI on that box would be low, volatility would be low (you’d know exactly what you’re getting) and there would be zero chance of hitting a big card.  The box would be . . . junk. It’s the same problem of inflation as in the 90s, it’s just taken a different form.

Thus, I like where Luber's head is at. He's thinking long and hard about the future of the hobby. He seems to want to change the marketplace to make it more attractive for both collectors and investors.

There will be changes to the hobby in the next few years. Fanatics, despite some of the criticism, appears to be thinking through the long term.

If they can find ways to help improve the hobby while keeping the spirit of actual 'collecting' alive, I'll be happy.

My gut doesn't say that they are looking to mass-produce cards, as Luber would likely be wary of creating the next iteration of the junk wax era.

The future of the hobby should be quite interesting, to say the least.

What are your thoughts?

Do you think Fanatics will bring a lot of change to the hobby in the coming years?

Let us know in the comments section below.