What Are The Details On The Fanatics, MLB Deal?

MLB along with the MLBPA announced that they would be ending their 70 year relationship with trading card partner Topps.

They instead signed a new deal with Fanatics, a sports apparel and memorabilia company, to become the exclusive provider of baseball trading cards starting in 2023.

And not only did Fanatics seal a deal with the MLBPA, but also the NFLPA and NBPA as well, becoming the exclusive card issuer across three major sports - baseball, football and basketball.

The MLB and MLBPA had an existing equity stake in Fanatics, and this deal fortifies that relationship.  The other two sport player groups will also have a new equity stake in the Fanatics card business.

I should clarify what these licensing arrangements entail. The MLB licensing deal allows the use of player teams, logos and trademarks. The MLBPA deal allows for the usage of player name, image and likeness on a card.

For example, Panini currently has an MLBPA license, but no MLB license, and as shown on this Mike Trout Panini Select card, they can't use team logos and team names. 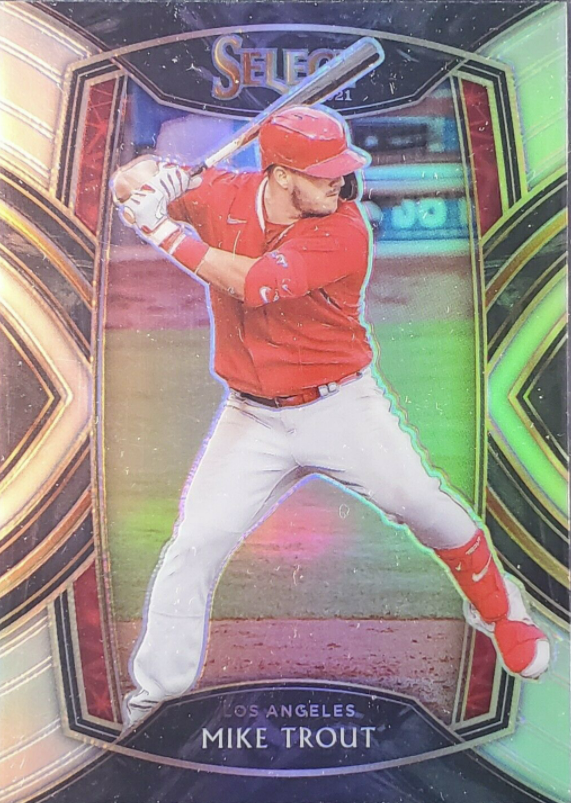 Thus, this is the likely timeline of baseball card issues from 2022 and on:

What Happens To Topps From Here?

This is something I'm struggling to predict. Note that Topps had a deal to come public via a SPAC (Special Purpose Acquisition Corp) but the deal was recently terminated following the Fanatics announcement.

Topps has immense brand IP, has been producing sports cards since 1952, and thus has the knowledge and extensive expertise that would be hard to reproduce in less than two years.

To put a nail into the coffin of such exclusive brands such as Topps, Bowman, Finest and Heritage would be a huge blow to the hobby.

Topps also produces soccer (UEFA), Formula 1 cards and wrestling cards (for the WWE) and has a fairly sizeable non-sports division, including the ever popular Garbage Pail Kids and Star Wars issues. 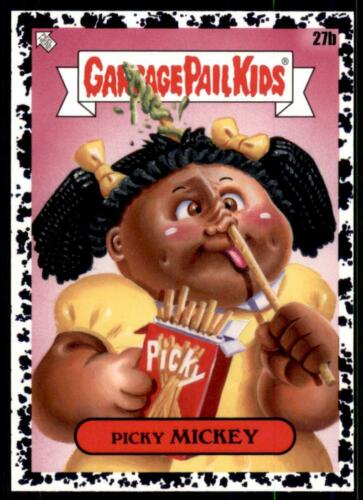 The candy and gum business is also still alive, including the well known Bazooka brand name, along with several other candy products, including Ring Pop and Push Pop among others.  The confectionary business generates over $200 Million in revenues per year.

I initially thought this had to be a possibility; I mean Fanatics even made a run for Topps before it was supposed to come public.

And now, it would make even more sense. Fanatics pulled the rug right from under Topps and stole the one thing that keeps the heartbeat alive for the company - it's licenses.

So, I would imagine, that Fanatics could pick up Topps for pennies on the dollar, and get access to all its brands, designs and trademarks. Plus, Fanatics needs that MLB license that Topps holds through the end of 2025 in order to make cards with team names and logos from 2023 to 2025.

Thus, yes, a Fanatics takeover of Topps would make a lot of sense.

However, I get the feeling that Fanatics wants to blaze their own trail. This is a company that has dominated the licensed sports apparel market and now is getting ready to dominate the sports cards market.  They have a bit of time to get something established to make this THEIR OWN.

Yet it would be a lot easier to get it done with someone who has done it before.

Topps has years of expertise in creating, printing, packaging, issuing, distributing and selling cards. Not something you learn overnight. At the very least, I'd expect several Topps execs to hit the road for greener pastures over at Fanatics.

The one reason that a deal might not happen?

Pride. Michael Eisner (chairman at Topps) and Topps were totally blindsided by the deal and the thought of an auction sale of its assets to a company that literally threw a big hot flaming arrow at their business might not go over well. 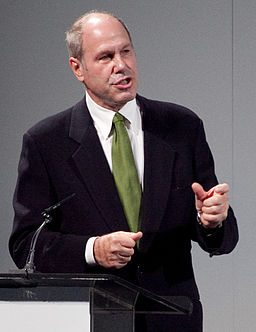 Something tells me Michael Eisner wouldn't be in a huge rush to sell his company at a discount to Fanatics (Source:Wikimedia Commons)

If a deal does ultimately happen, I would expect there to be heavy Fanatics branding involved, thus something like Fanatics Chrome, or Fanatics Heritage, or Fanatics Bowman.  No way they would acquire and just keep supporting the Topps legacy. No chance.

Who Is Leading The New Fanatics Card Business?

The new head of the card operations at Fanatics is Josh Luber, the Founder of StockX. For those not in the know, StockX is an online marketplace that is predominantly focused on sneakers, stuff like super pricey Air Jordan's. 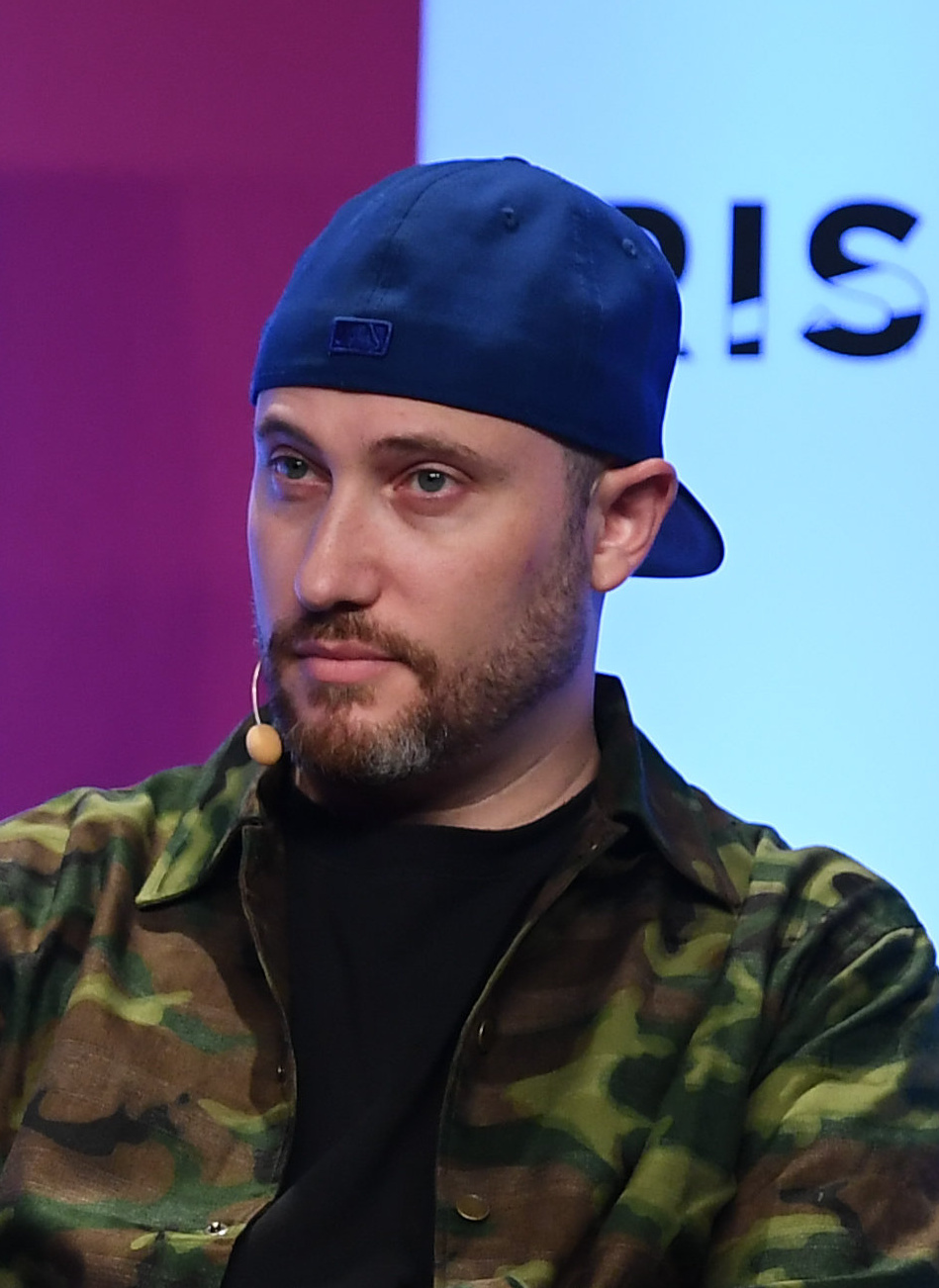 StockX does sell some trading cards (mostly unopened wax) but it's not the focus of their business.

So, what sort of credentials does Luber have to run a sports card division?

Luber left StockX in 2020 to start an alternative trading card fund, Six Forks Kids Club. It's unclear what sort of assets the fund is managing or if Luber will give up the business given his new responsibilities.

My immediate reaction to this, without really knowing much about Luber, is that there is likely to be a huge focus on the investment (or should I say gambling?) side of the trading card business.

Part of this is good; Luber will aim to create products (I think) that appeal to that gambling/investment mindset that have been a big part of retaining interest of collectors in recent years; things like 1/1 issues, heavy auto inserts, relics, etc.

I also think that one of the largest audiences he will try to appeal to is the breaker market, which tends to be a younger generation of collectors that are in it for the gamble, the big hit, and don't always care all that much about the actual player on the card.

My biggest worry in this case is that the card market moves entirely away from its initial intention when Topps got involved in this whole racket nearly 70 years ago.

It's no longer about the kids.

Cards were initially produced to promote other products, like gum or candy, and as a collectible for kids who loved baseball.

Look I get it, and Topps has also been instrumental in promoting this via its various baseball card issues, but I only hope that Fanatics doesn't take it to the extreme.

Does The Fanatics Deal Hurt The Local Card Stores?

Hard to say yet. Fanatics has an e-commerce focused business model, as does StockX. Thus, the easiest and most profitable move would to be just go direct to consumer online.

No middle-men, no sharing of profits.

Of course there is value in having product on shelves to create brand awareness. But, we know how deeply embedded the sports leagues will be with Fanatics. And of course, we know what can happen when products are distributed via retail channels.

Does it just go either entirely online or online with a combination of access to memorabilia stores that are located within stadiums?

Or maybe Fanatics isn't the hardcore scrooge that we all think they might be and they offer a fair discount to local card stores to help keep the hobby alive.

How Does Fanatics Deal Affect The Value Of Topps Cards?

Some have speculated that if the Topps name and its associated brands are wiped off the face of the planet completely, it could ultimately lead to lower prices on Topps cards.

It's possible; without the 'Topps' brand in active circulation it could lead to an erosion in appeal for the Topps brand. Consumers quickly forget about stores that go out of business. Remember Circuit City? Toys R Us?

Some older sports card brands, however, have stood the test of time. There is nothing hotter in the vintage market than 1933 Goudey Ruth cards, or the 1909 T206 White Borders issue.  None of these companies are producing cards today, and yet collectors still gravitate towards these timeless treasures.

Even more modern day cards, such as the 1989 Upper Deck Ken Griffey still have wide collector appeal, even though Upper Deck stopped producing baseball cards in 2009.

So, Does Fanatics Stand A Chance?

Fanatics will soon be the sole licensor of rights for three major sports, so they would have to screw up royally TO NOT make this work.

It sounds like Fanatics paid a massive premium for the MLB/MLBPA rights (supposedly 10x any previous Topps contract amount) so I also wonder if Fanatics will rely on mass distribution in order to ensure this deal is a profitable one.

I would imagine that Luber is smart enough to know that he can't flood the market with product, or this just becomes Junk Wax Era 2.0.

However, its a distinct possibility that Fanatics will create many multiple lines of product in each sport to ensure any perception of mass overpopulation.

In reading some of the early reactions from the message boards, there is definitely a faction of collectors that will never give Fanatics a chance. These are from what I can gather, older collectors that are tied to the Topps brand.

The facts are, unfortunately, that someone decided to take on the Topps juggernaut and beat them out at their own game. Like it or not, Topps has muscled out the competition for years.

Still, the fact that disruption via competition is always a possibility, it doesn't make this deal any easier to swallow. I truly hope that Fanatics listens to the masses and somehow allows Topps to keep producing baseball cards, either via some licensing arrangement or under the umbrella of Fanatics.

Have an opinion on the deal?  Let us know in the comments below!