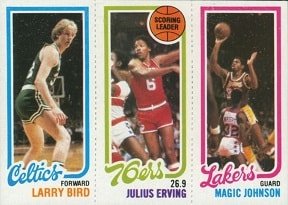 There’s obviously been a crazy amount of hysteria in regards to Michael Jordan’s rookie card in recent months due to the release of the ‘Last Dance’ documentary on ESPN.

It had us thinking – what other vintage basketball cards might be due for a rapid rise increase in price?

This led us to one card that we think might actually be undervalued — the 1980-81 Topps Larry Bird, Magic Johnson Rookie Card.

I don’t know what it’s going to take — maybe ESPN will come out with a new documentary detailing the legendary battles of Bird and Magic — but it’s clear that their rookie card looks undervalued.

We’re going to review the Bird/Magic rookie card in more detail and compare it to the Jordan rookie card, comparing pricing and overall population reports.

The battles between Larry Bird and Magic Johnson during the 1980's were legendary.  If you grew up watching basketball back then (as I did) there was nothing and I mean nothing better than when the Lakers and Magic Johnson met the Celtics and Larry Bird in the playoffs.

Bird and Magic were both characters in their own right, but in a different way. On one side you had the confident 'Hick From French Lick' and on the other side you had the cool, outspoken leader in Magic Johnson.  It's pretty cool how these two rivals became good friends.

Now while Bird and Magic were two of the best to play the game, their dominance came more from a game of smarts and finesse.  While they've left behind a long lasting legacy, it just doesn't quite compare with that of Michael Jordan--an athletic freak of nature who has left behind a lasting empire.  The 'Jordan' brand to this day remains one of the biggest selling and culturally important brands in all of sports history.

Thus, sometimes, I think Bird and Magic get out-shadowed (maybe unfairly) by Michael Jordan and by many of today's superstars who are more athletically gifted and flashier than both Magic and Bird.

What's The Relative Scarcity of the Bird/Magic Rookie Card?

Looking back to Jordan's 1986 Fleer rookie card, there's one important fact that most collectors don't quite realize - it is by no means a rare card!  All in all, between SGC, Beckett and PSA, the 1986-87 Fleer Jordan Rookie has been graded nearly 32K times. Note this does not include the raw, ungraded population.

How Much Is A Larry Bird, Magic Johnson Rookie Card Worth?

Collector's looking to purchase a Larry Bird/Magic Johnson rookie card can do so fairly inexpensively.  Graded copies in Excellent condition and below sell for less than $700.  Like other cards, the better the grade, the more valuable the card. Moving up to a Near Mint copy (or PSA 7) will cost you a minimum of $1000.  When you get up to Mint condition (PSA 9), the value increases to near $9000. Now if you're really looking to splurge, you might find a Gem Mint (PSA 10) copy but expect to pay up--the latest PSA 10 Bird, Magic rookie card sold for $114,000. 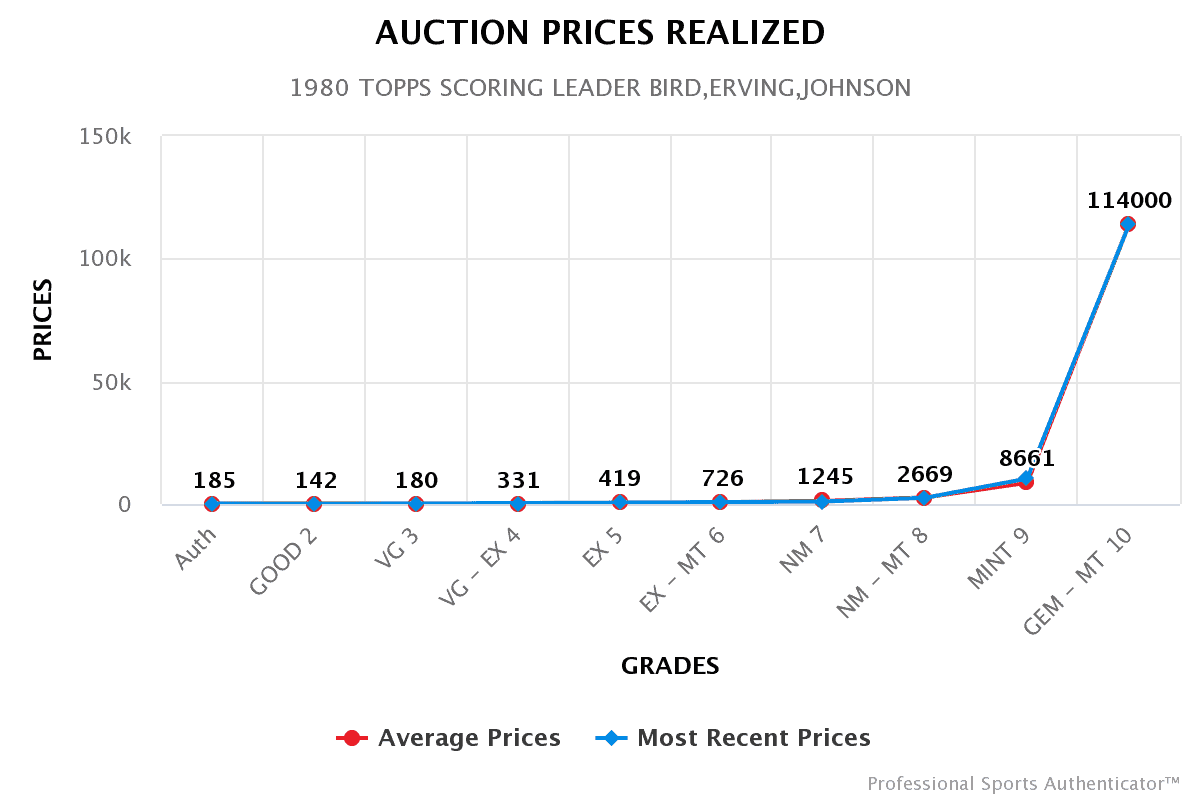 Now if we compare the Bird/Magic rookie card to the Jordan Fleer rookie card, it's clear that Jordan's card carries a significant premium.  A PSA Fleer Jordan Rookie in Near Mint condition is valued at $3400, nearly triple the value of a similar condition Bird/Magic rookie.  It's a similar story for nearly all grades except for the higher grades where there is less disparity--mostly due to the condition issues found in the 1980-81 Topps basketball set.  Staining and print defects are quite common, making it very hard to find anythign graded a 9 or 10. 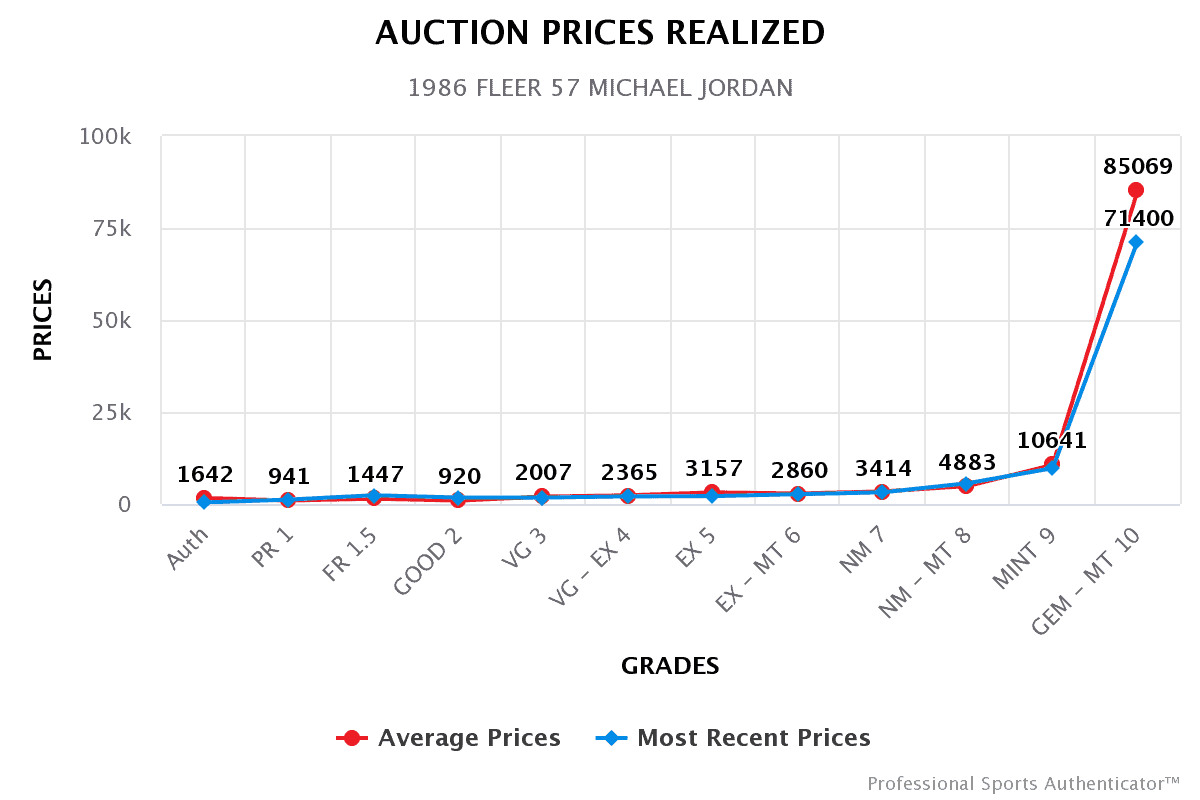 What's The Investment Potential for the Bird Magic Rookie Card?

I get the allure and icon status of Michael Jordan--I loved watching him play when I was a kid.  But Bird and Magic were no slouches and I think their rookie card probably deserves some more attention.  Let's not forget that their rookie card also features one Julius 'Dr J' Erving!  How amazing is it to have a rookie card that features three of the best players of all time?

I think the future is quite bright for the Bird/Magic rookie.  I have no idea if there's another Last Dance effect coming along that will boost the value of this card, but I think for any vintage basketball collectors, this one deserves to be a part of your collection and should be a worthy long term investment for your card portfolio.