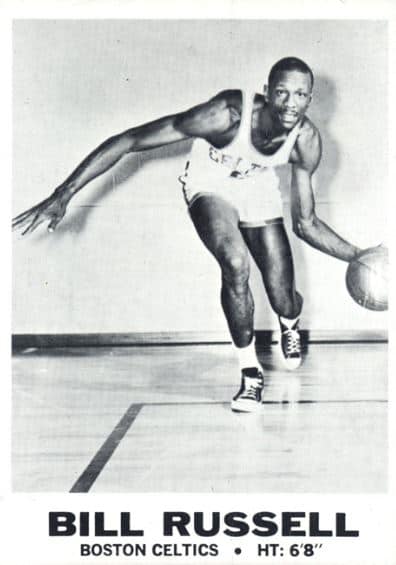 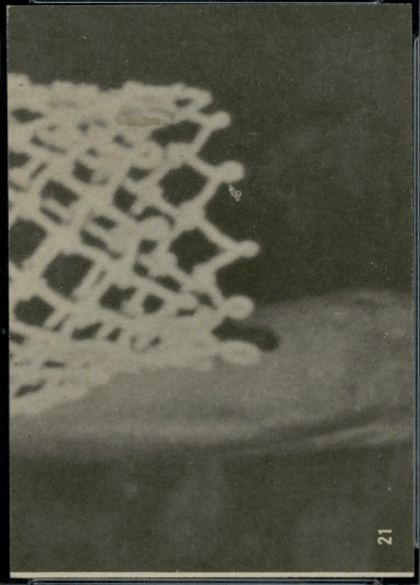 Due to the scant release, the cards are incredibly rare, with only 183 total cards of the 22 card set graded by PSA.  Common cards from the set can fetch over $200, whereas the big name stars are very highly sought after and quite expensive.

There are 22 cards in the set, with fifteen of the players in the Basketball Hall of Fame.

The cards are oversized lengthwise, but not the tall boy size from the next year (1969).  The fronts of the cards feature a black and white player photo, with a clean white background and bold black text for the player name, team name and height.  Note that there certainly was an obsession with a player's height at the time---just look at the back of the 1957 Topps cards which featured a cartoon height marker for a player. 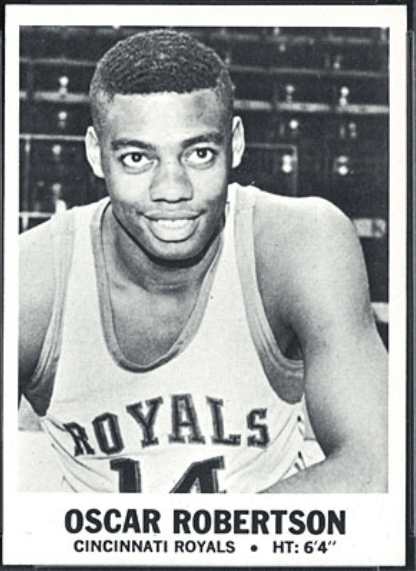 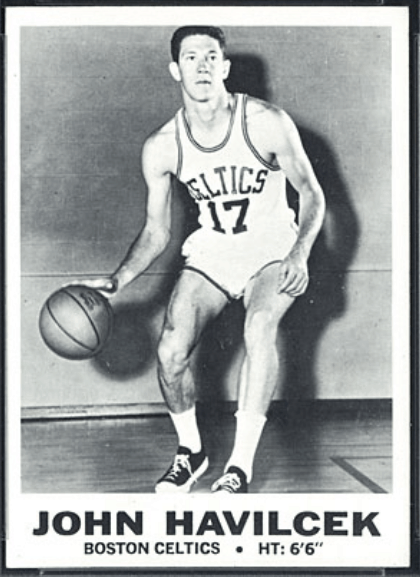 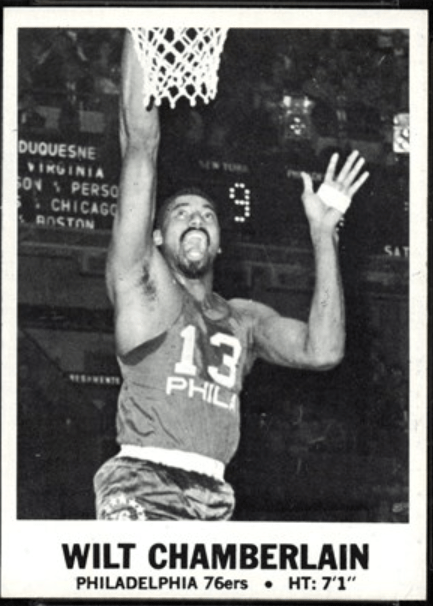 The backs of the cards featured one part of a puzzle piece, which if all cards are placed together forms a full photo of Wilt Chamberlain dunking.

Puzzle back of a 1968 Topps Test card

As noted from the start, the cards are super rare, so if you have the chance to acquire one for a reasonable sum, it would be wise of you to do so.  Given the historical value, the scarcity and the star power in the set, I can only expect these cards to increase in value over time.

If you can find one of these cards, you'll be sitting pretty---PSA has graded (get this), only 14 copies.  So yeah the Chamberlain card is worth a small fortune.  They don't come up for sale that often, but would expect any sales in this sort of market to fetch a strong amount at auction.

Another super rare issue from the set, this Bill Russell card is one of the hobby's most coveted. And with PSA grading thus far only nine copies, the unfortunate news is that acquiring one will take a small fortune. 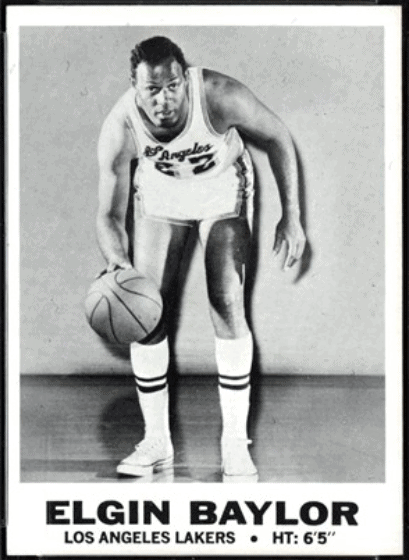 While not quite as valuable as the Russell and Chamberlain cards, the Elgin Baylor card still quite valuable. Note that PSA has graded only six copies of Baylor's 68 Topps Test issue. 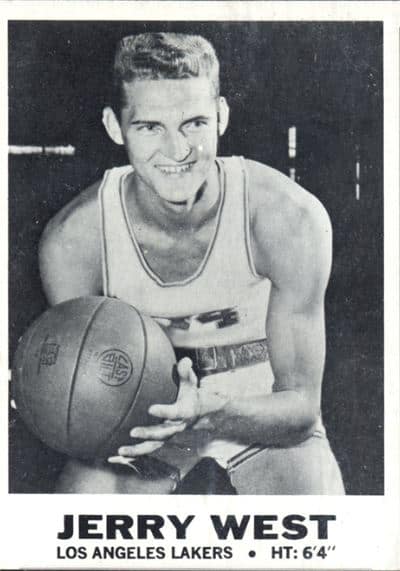 Featuring a young Jerry West with the Lakers, this 1968 Topps test issue has only been graded 7 times by PSA.  From a value standpoint, it is the third most valuable card in the set, behind Russell and Chamberlain.

From a value standpoint, Robertson's 68 Topps Test issue is on the same sort of level as Elgin Baylor, not quite as valuable as Russell, Chamberlain and West, but fairly close.  Note that PSA has only graded nine copies of this Robertson card.