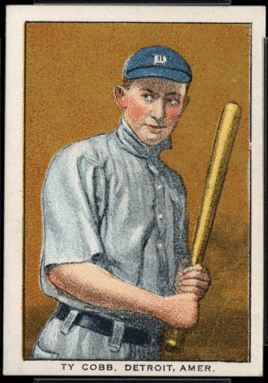 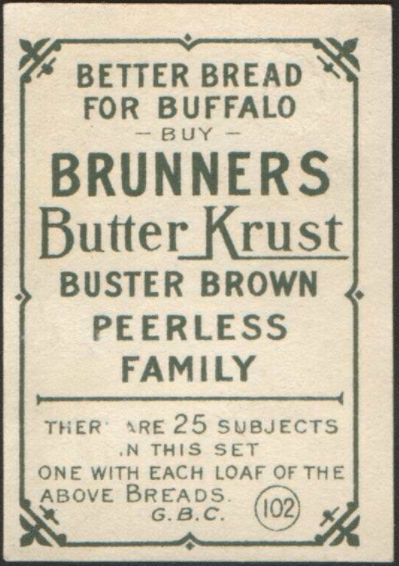 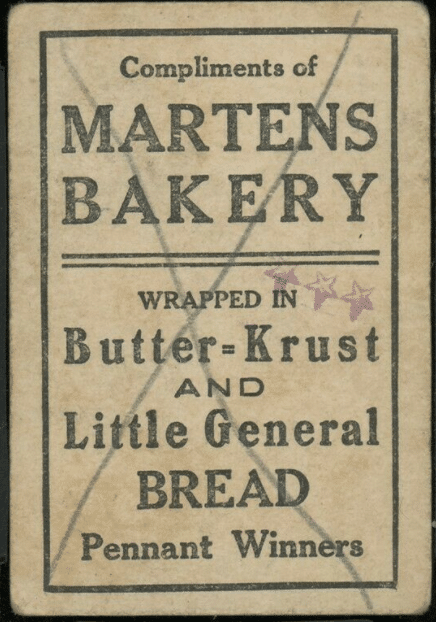 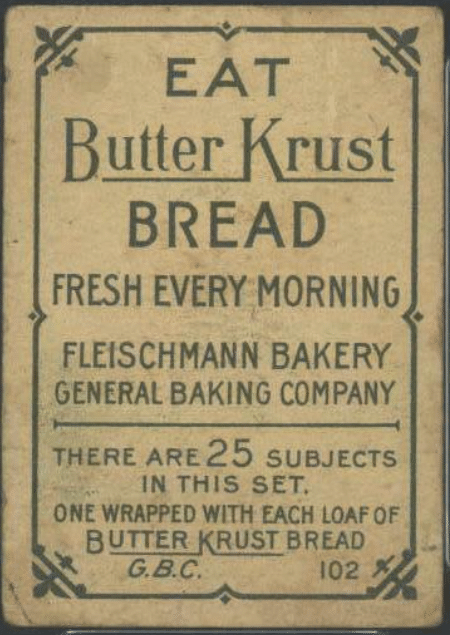 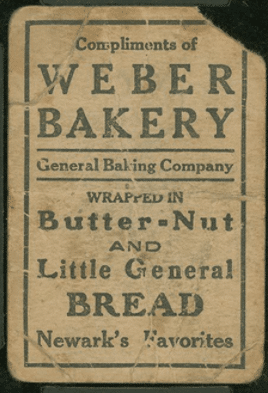 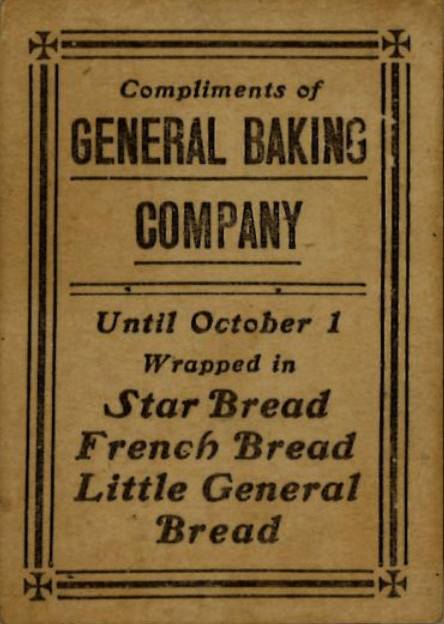 Issued from 1911 to 1914 in loaves of bread, the D304 set is viewed as one one of the more popular baking/bread sets.  The D304 set is filled with hall of famers, including Ty Cobb, Honus Wagner, Cy Young and Christy Mathewson.  While not impossible to locate, the cards are tough to find, with PSA only having graded on average roughly 24 cards of each player.

The Cobb from the set, visually is the standout, while the other player drawings have a good resemblance to the player in question, but not quite like the Cobb.  The Cobb is probably one of my favorite cards of all time, and is one of the hobby's most valuable baseball cards of all time.   The card is worth over $20,000 (dependent on the back) in even Poor to Good condition: notably PSA has graded less than 30 of the D304 Cobb card.

Issued with five different bread back advertisements--there are some back variations which are much tougher to track down; notably Martens, Weber and General Baking. Brunners and Butter Krust tend to be far and away the easier ones to find. 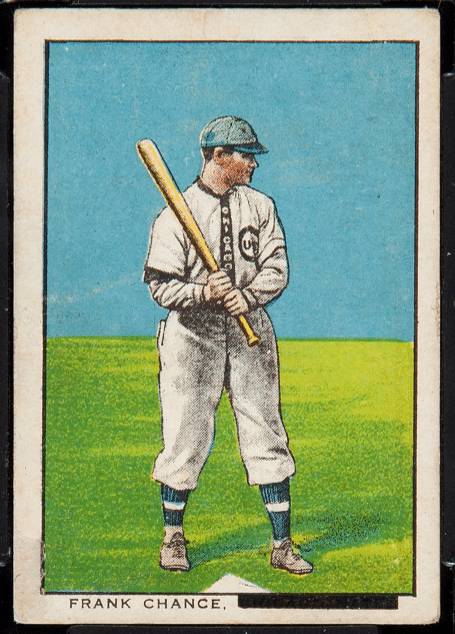 I will admit, that a few of the player illustrations look a bit cartoonish.  The Nap Lajoie card is one.  Did the same artist that drew the Cobb likeness also illustrate this picture? 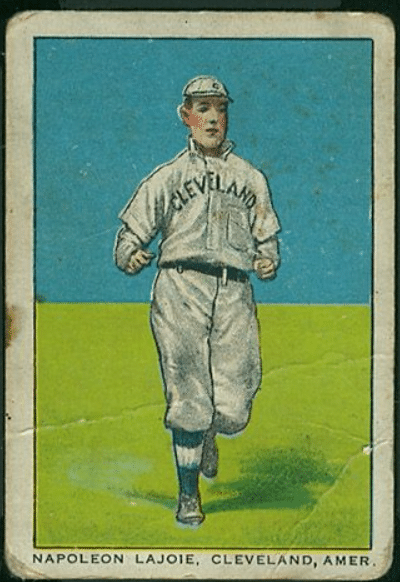 I like the colors in the Johnny Evers card from the set.  One other note, unlike many of the tobacco and caramel issues from the era, these images were not re-used across any other baseball set. 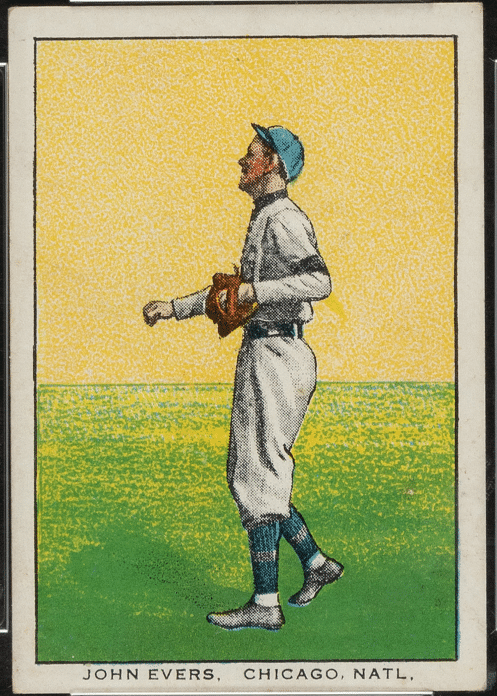 I also wish the Wagner from the set looked a bit more like Honus Wagner, but so be it, still a cool card: 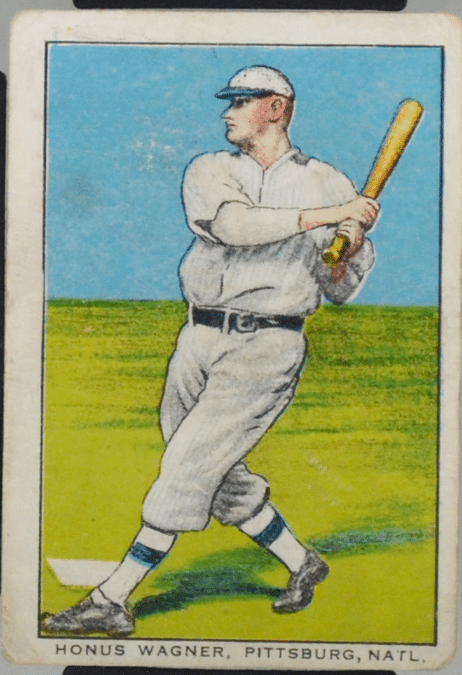 Search For D304 Cards on eBay

Looking To Sell Your Card Collection?

How To Identify A D304 Counterfeit

eBay is littered with D304 counterfeits.  And like many other popular counterfeit cards, there are listings on eBay which are aptly described as reprints...and those that are being sold by outright scammers.

As an example, here's a listing for a D304 Cobb reprint, that is advertised as such. 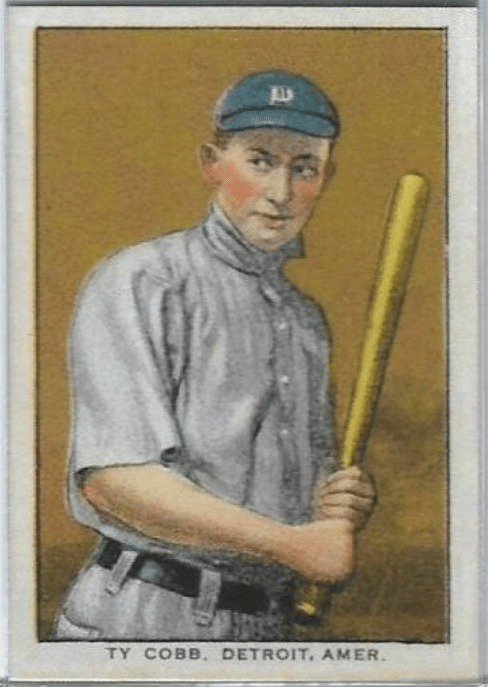 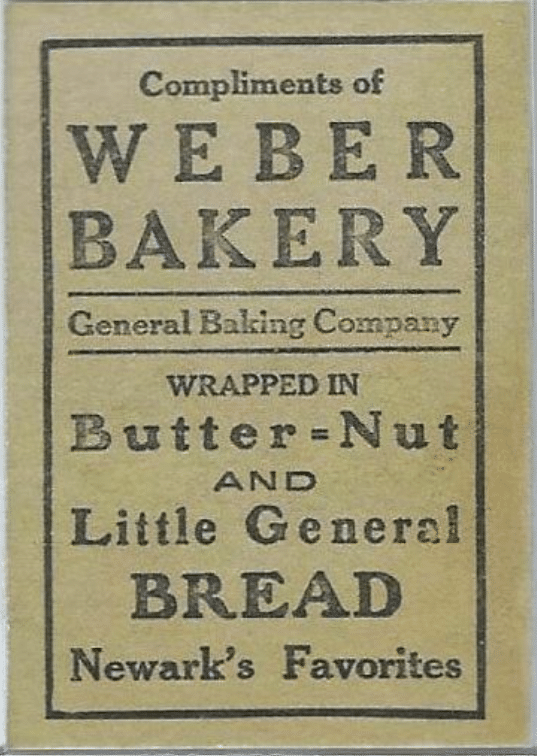 Here's a real Weber bakery back.  It's clear that the paper is lighter in comparison to the fake one. 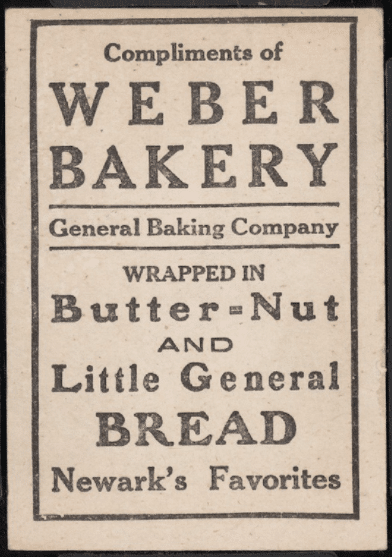 An authentic Weber Bakery D304 back

Here's one example and if you want to take a look at this seller's username on eBay, I've seen many other similar cards being sold as real that were totally fake---so buyer beware. 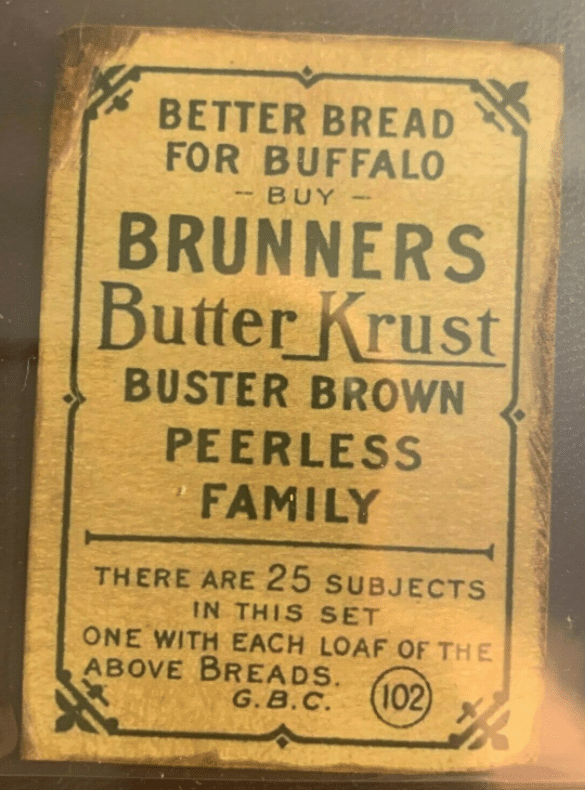 Now here's a real Mathewson with a real back.  A few obvious things on this one to help you out.

Take a look at the red sleeve on Mathewson--see how on the real one below there's some missing color near the uniform?  On the fake above it's entirely red.  Also on the back of the fake above we can see the little wrinkles that are consistent with soaking- -aka artificial aging.

You can read more about that here: https://allvintagecards.com/detecting-counterfeit-vintage-cards/ 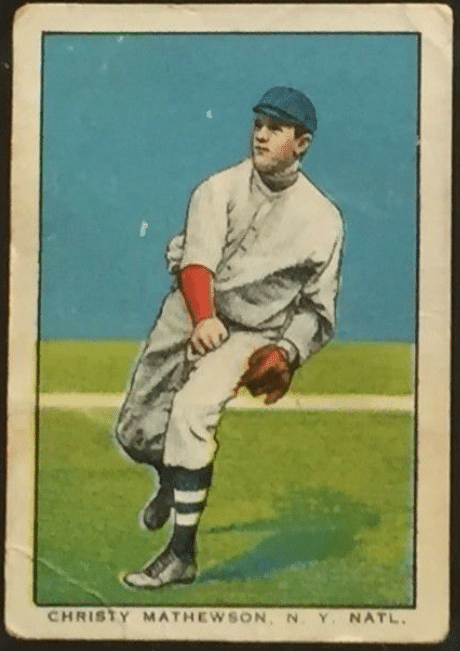 In addition, if we look at the back of the authentic D304 card below, we can see consistent print, although on the fake above the print is really bold and dark--just a completely different darkness to the font. 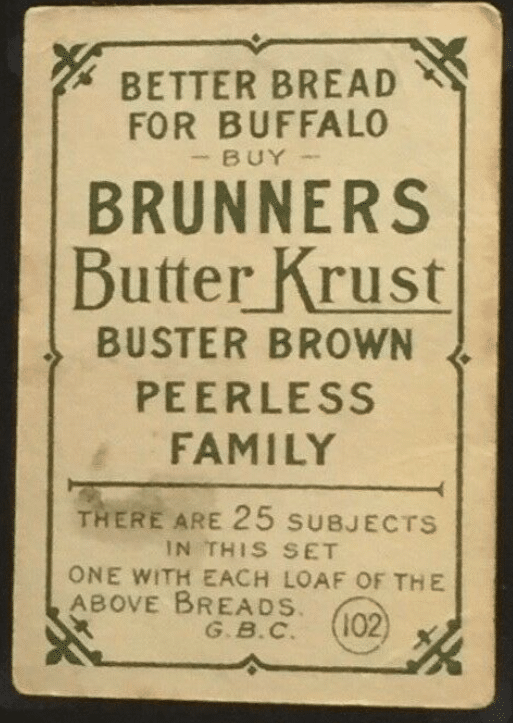 A real D304 Brunners back

D304 Cards for Sale on eBay