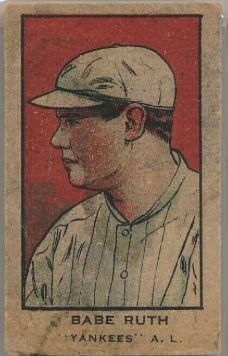 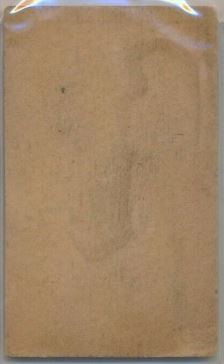 This ten card strip set is one of the most commonly known strip issues, due to the star power of the release and quality of the overall artwork.  These cards like most other strip sets were either sold or given away in markets or candy stores.  The Ruth and Cobb cards offer vintage collectors with a more affordable alternative versus some of their early gum or exhibit issues.

Back in the 70's and 80's, Fritsch cards produced reprint sets and some of them included strips from the W551 set. The cards were meant to be just a collector's item; yet the quality was so good, than many counterfeiters have artificially aged them to pawn them off as the real deal.  The key is that Fritsch used blue text in the player and team name to distinguish from the original black text.  The reprint sets later stamped the word 'Reprint' to the back of the cards, but the damage had already been done.

There are many scammers on eBay trying to pass off the blue text versions as the real deal.  In fact, one collector friend I know owned a Tris Speaker that was graded by PSA, thus even the third party graders have been fooled.  And even recently I came across a very reputable eBay seller with an assortment of W551 strips.  He purchased the cards from another reputable vintage dealer and both had been completely fooled.  The scammers had even worked the backs to make it seem like the cards were stuck to albums at one point.

Here's a look at the eBay reprints i came across: 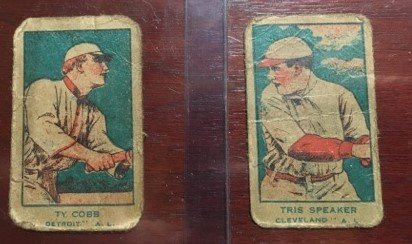 At first glance, they look old, and for the untrained eye, probably would be willing to accept that they are real.  And even under the blacklight, there was no fluorescence. 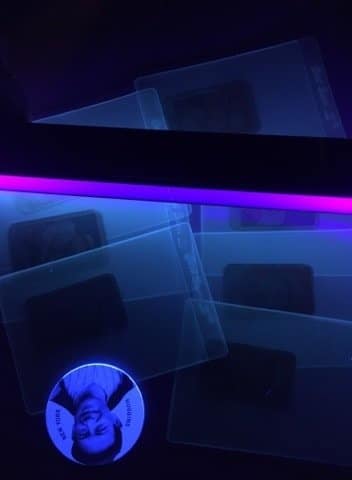 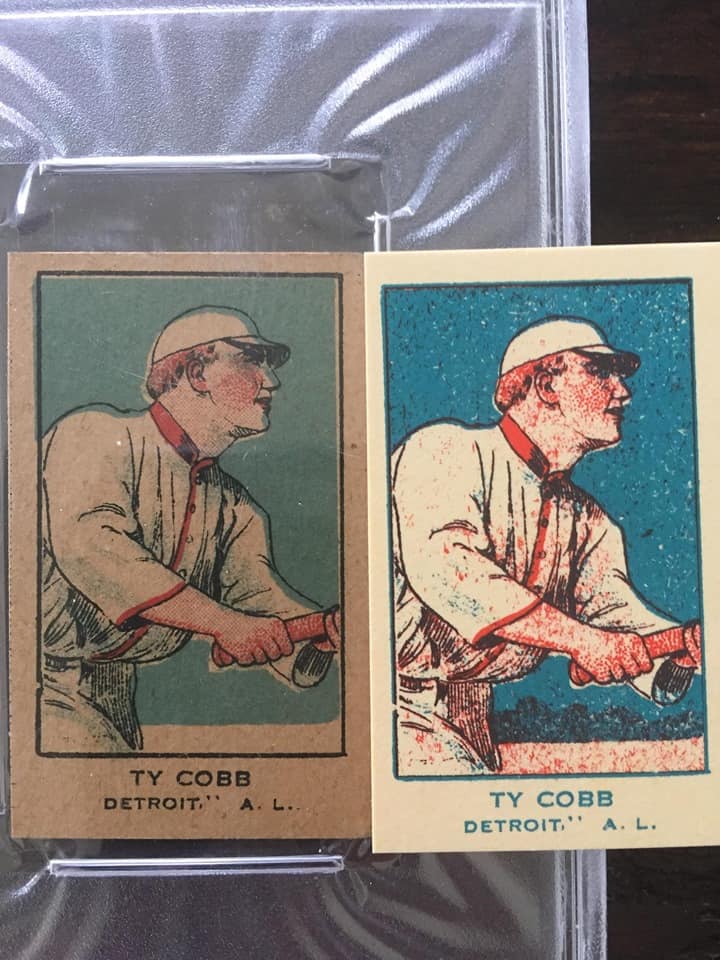 As you can see from the above image, the fake Cobb has a definitive dot pattern and a lot of extra red dots in the white space at the bottom of the card.  In addition the background is a darker blue. As you'll notice from the first photo above of the aged reprint, the Cobb card has the same sorts of patterns, and of course the blue text.

Here's a closeup of the red dots on bat of an authentic W551 Cobb card.  As my buddy Frank says, "it should look like a Lichtenstein" and you'll see blotches of ink and a dot matrix sort of pattern which are consistent with the printing methods of the day. 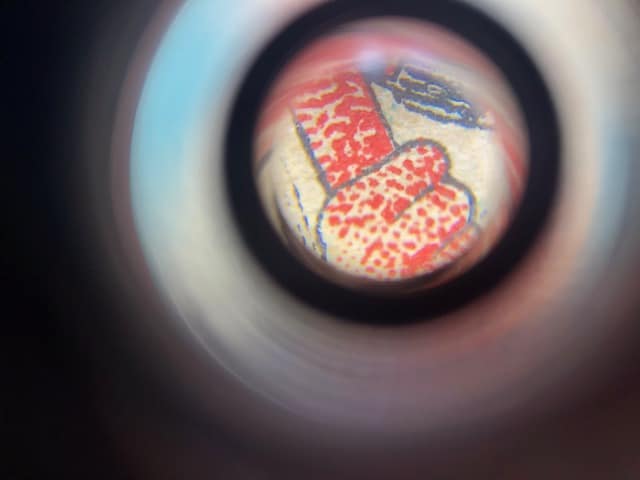 If it's under microscope and it looks more splotchy (like in the fake example below), well, you have a problem.  Remember the blacklight test on these reprints is normally inconclusive, so watch out for that blue text, and bring your loupe to evaluate close if you can see it in person. 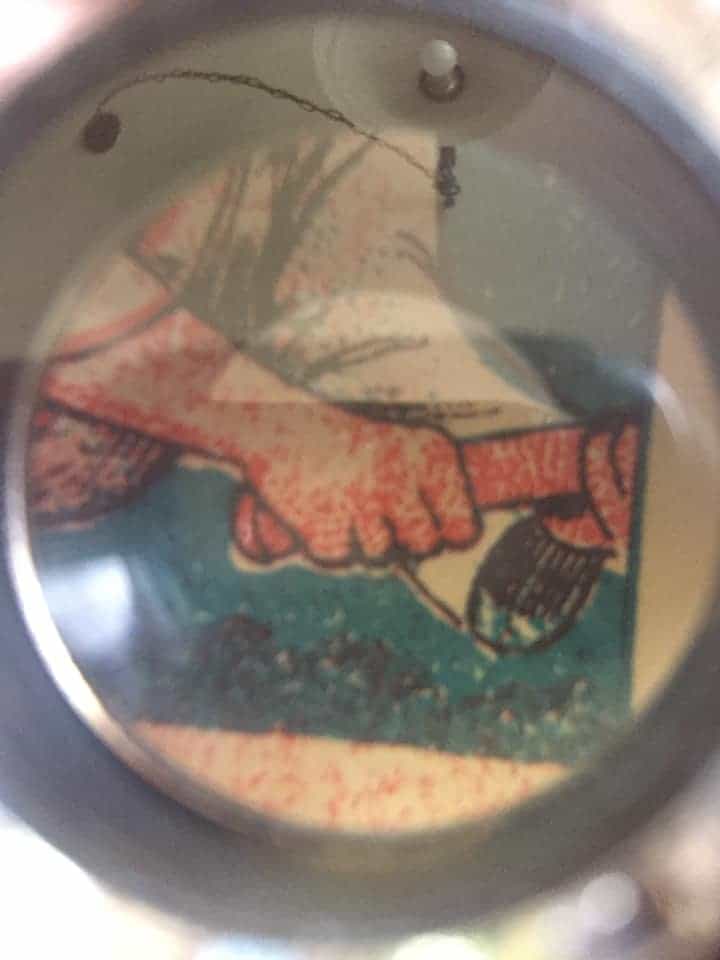 W551 Cards for Sale on eBay