When card collectors ask me for the best cards to invest in, I always say, ‘look for scarcity’ with the GOATs.

Sure, modern card collectors will flock to the rookies of Kobe Bryant or Tom Brady, but personally, I like the OLD stuff.

It’s the old, vintage cards of guys like Babe Ruth, produced in shorter supplies, often left for dead, that I believe have the best chance of long-term investment potential.

I’ve covered some of the more affordable Babe Ruth cards in the past, but in this piece, I wanted to focus on the rookie card of Babe Ruth.

I should note Babe has both a pre-rookie and what is considered a TRUE rookie card, both of which I’ll cover in this article.

What Is Babe Ruth's Rookie Card?

Babe Ruth has two baseball cards that are considered to be his 'rookie cards'.

The first is the 1914 Baltimore News Babe Ruth card, which is technically considered a pre-rookie card of Babe Ruth.

The other, issued two years later is from the 1916 Sporting News M101 set.

What Is A Pre-Rookie Card?

A pre-rookie card is a card that was issued before a player arrived in the major leagues. In most instances, the card features a player in a minor-league or college uniform.

Today, many card manufacturers release players’ cards before even being drafted, showing the player in their college uniforms (modern Leaf Football is a good example). These would also be considered pre-rookie cards. 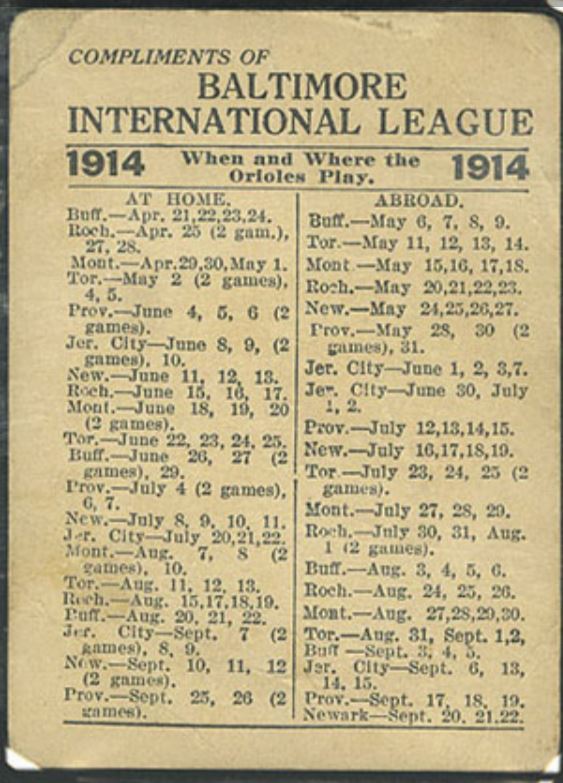 Ruth only lasted three months in the minor leagues before being sold to the Boston Red Sox. But, the card holds massive historical importance, given it is Ruth's first official baseball card.

The Baltimore News issue is a bit of a mystery; only 11 subjects from the set have been accounted for and the Ruth card is especially scarce, as less than ten copies are known to exist.

There are two color variations, one with a red tint and the other with a blue tint. Both are nearly impossible to find! 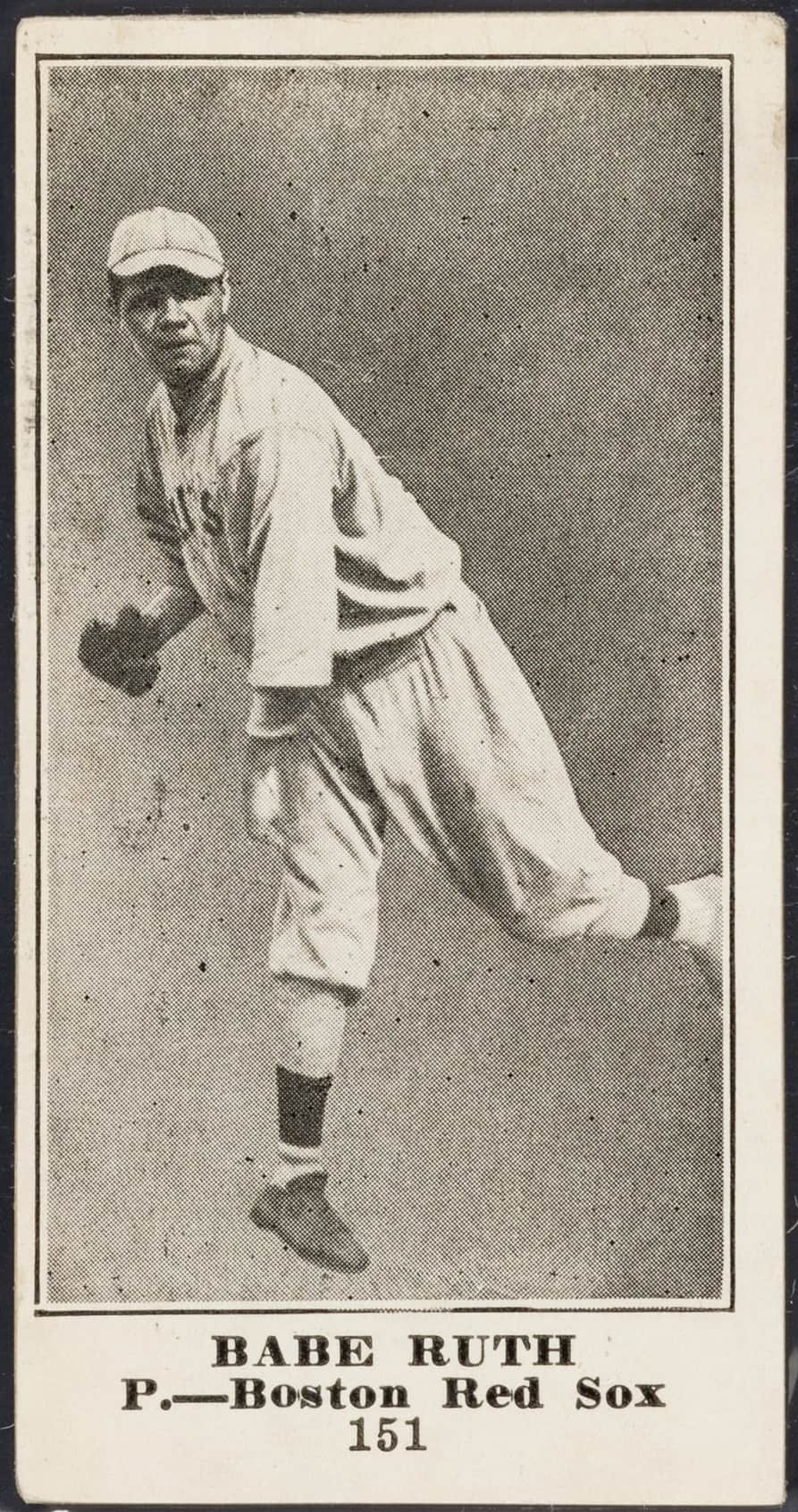 The cards feature Ruth in a pitching pose with the Boston Red Sox before getting shipped to the rival New York Yankees.

Note that this is one of only several other baseball cards that features Babe Ruth in a Boston Red Sox uniform.

As this article from PSA notes:

"Some of the company ads only appear on card backs in one of the sets. The Sporting News, for example, is only found on backs of the M101-4 cards. Therefore, if one of the 30 singles with the same card number in both sets possesses a Sporting News back, it is clearly an M101-4 card. However, if the backs are blank, there really isn't any way of differentiating those" 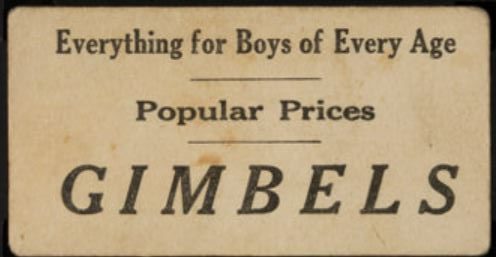 M101-4 Ruth Back with Gimbels Advertising

How Much Is Babe Ruth's Rookie Card Worth?

Both Babe Ruth's pre-rookie (Baltimore News) and rookie card (Sporting News) are among the hobby's most valuable baseball cards.

I estimate that even lower grade copies approaching Very Good (PSA 3) condition would earn near $500K at auction.

Recent sales of the M101 Babe Ruth card in higher grades have recently sold for over $1 Million, including a PSA 6 sold at auction in mid-2021 for $1.45 Million.

Ruth's Baltimore News pre-rookie card is worth MORE than his Sporting News rookie card, primarily due to the significant difference in scarcity.

A recent private sale of a pre-rookie Ruth card sold for an estimated $6 Million.

In comparing the population reports of Ruth's M101 Sporting News and Baltimore News cards, there is one clear conclusion - Ruth's Baltimore news pre-rookie card is much rarer.

Note this doesn't include SGC Pop Reports; however, I would call the 1914 Baltimore News Ruth RARE and the Sporting News Ruth SCARCE.

Note that the Baltimore News Ruth is even rarer than the T206 Honus Wagner card.

I get a lot of inquiries from collectors asking me to authenticate M101 Ruth's that are clearly faked.

eBay is littered with these reprints.

So, my advice, which I tell everyone - if it's too good to be true, it most definitely is, especially when it comes down to the most valuable cards in the hobby.

Here's a clear reprint. If you can't tell this one is fake, please check out our guide on authenticating cards. These often come with a fake Ruth auto on the back. 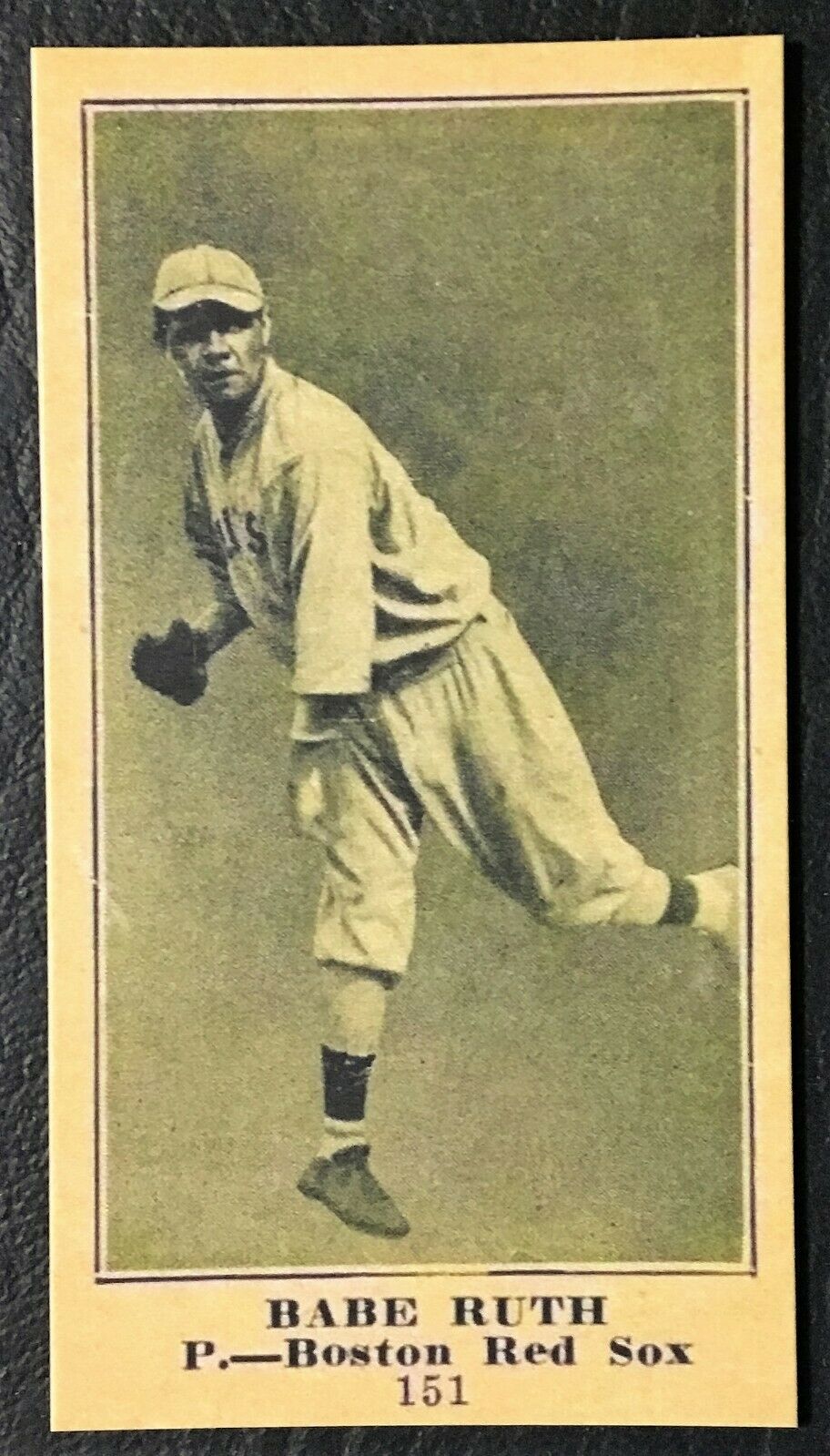 Here's another aged reprint, but this one is also easy to identify because the text is the wrong color. Ultimately if you had this one under a black light, the paper would likely fluoresce due to the newer paper used for the reprint. 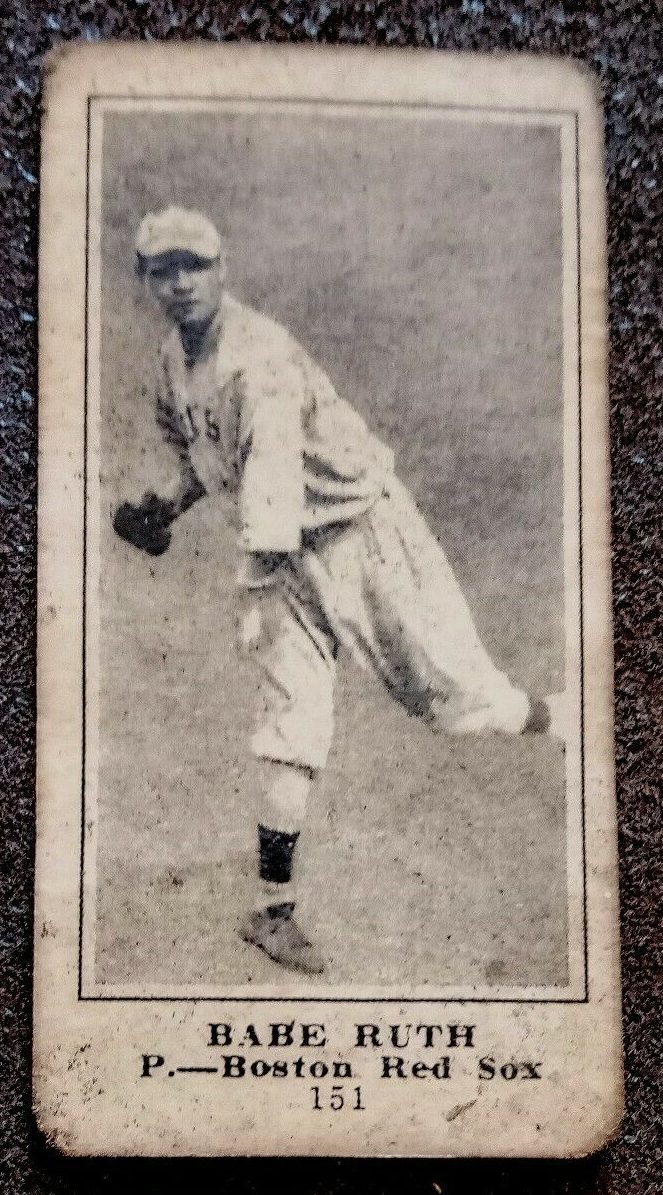 Where To Buy A Babe Ruth Rookie Card?

Babe Ruth rookie cards are, unfortunately, way out of reach for most collectors. For the Baltimore News Ruth pre-rookie card, sales are rare and typically only happen via private sales or high-end vintage sports card auctions.

Sporting News Ruth rookie cards occasionally come up for sale, but ultimately only at auction and usually starting in the low six figures.