For those that have been in the hobby for a while, this might seem like a strange question.  It’s accepted that a player’s rookie card is worth more than any later-issued card.

But why is this true?  There has to be a reason, right?  I wanted to get to the bottom of this.  And my findings were kind of along with what I expected.

The excessive demand for rookie cards leads to the cards having more value than any later-year issues for a player.

A rookie card is a player’s first official entry into the card-collecting world, and these issues are in high demand by collectors hoping for the next big thing.

The first card issued to a player is their oldest card, which collectors tend to associate as ‘more valuable.’

In addition, there has always been a mystique that has developed over time with player ‘rookie cards’ being more sought after by collectors.

Let’s dive into these a bit further.

I’m sure at some point in your collecting career, you dedicated some of your time and hard-earned money into collecting rookie cards of some up-and-coming prospects.

Back in the 1980s, I remember many sure-fire prospects labeled as ‘can’t-miss” who saw considerable increases in the price of their rookie cards.  Remember Brien Taylor and Brian Bosworth? 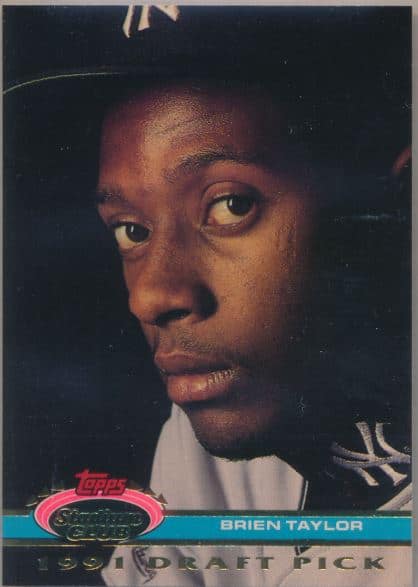 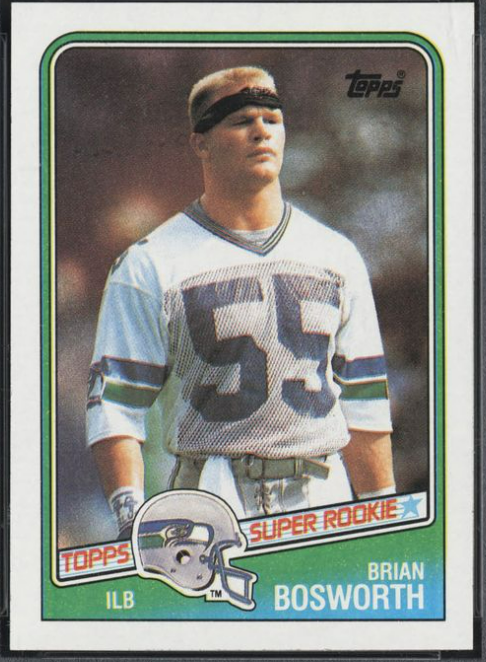 For me, I had a lot of failed investments in prospects during the 80's.  My worst had to be Luis 'Funky Cold' Medina.  I'm not even sure why I thought this guy was going to be any good, I just looked at his minor league stats, realized he was crushing the ball in the minors, thus I loaded up on 100's of his rookie cards.  Bad move.  Medina logged 150 career At-Bats in the majors and my stack of rookie cards was pretty much worthless. 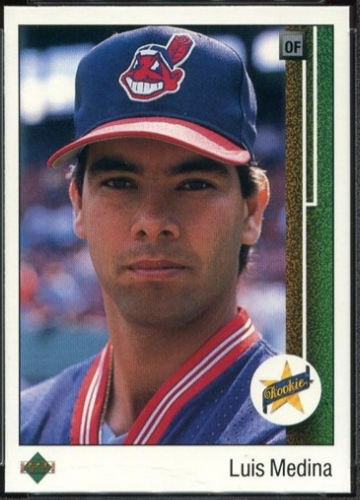 But that HOPE is what drives the value of a rookie card to be worth more than any later issued card of a player.  If Medina had gone on to hit 500 Home Runs and entered the Hall Of Fame, those rookie cards would represent his first issue--which at the time, were only collected on a lot of promise and excitement, no pure facts.  By buying those rookie cards, I took a gamble that Luis Medina might become a great player.  Unfortunately he never did.

Collectors are still investing in the rookie cards of young players that have a lot of promise.  Vlad Guerrero Jr. is a player that had seen huge interest even before stepping onto the field.  So far, so good with Guerrero, who is ripping up the Major Leagues at the moment. 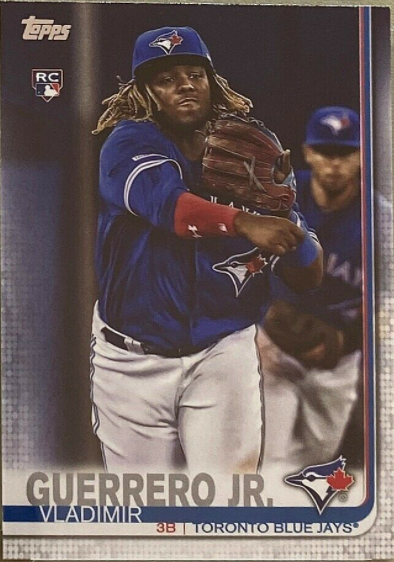 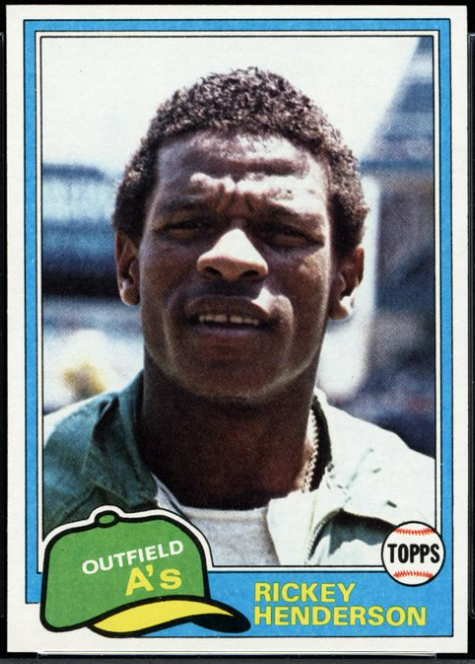 This phenomenon is standard across many areas of different collectible markets.  In the antique world, an item usually has more value based on its age.  A first edition book has more value than a second edition, because it is the first time an author's work is presented to the world.

A rookie card represents the GRAND PREMIERE so to speak of a player, it is their official stamp of entry into the collectibles world.  'Here I Am!'  ---now...let's see what they are going to become?  Is it going to be Rickey Henderson, or "Funky Cold" Medina.

That second year card, while extremely collectible in most instances just doesn't have the same sort of provenance.  We've already been introduced to the player (via their inaugural 'rookie card' and the second (or third, or fourth...) card is just reintroducing us...but in a different design, with some updated stats.

This change in design makes the other cards collectible in their own right.  Would we care all that much about a later year card that looked exactly the same as the first?

It's just the way the hobby works---we all want to collect the rookie cards of our favorite players, and it's due to many of the reasons that we've previously noted--it could be that we are buying in the hopes that a prospect might become the next big thing, or we might just want to own the rookie card of an already established player.

And yes, you will expect to pay more for a rookie card.  The reason being is that due to this excessive demand, the rookie cards are more valuable than any other later issue (with some occasional exceptions).

Even in cases where a player's second year card has lower supply than a rookie card, the rookie card still tends to be worth more money.

This really comes back to the demand part of the story and how collector's want to own that big time rookie card---for highly priced cards like the Jordan rookie or a Jim Brown rookie card in football--it becomes iconic in the hobby--everyone wants to own a copy--it is the rookie card of all rookie cards--the first time that Michael Jordan (absent his Star issues) is introduced to the collecting world.

Someone buying cards back in 1986 might have had some sort of hope and expectation that Jordan would go on to become the GOAT, but it was still a gamble and no absolute certainty.  Now that we know who Jordan is and what he accomplished, it is quite clear what the baseline demand might be for a card of that stature.  Hence, the legend of his rookie card lives on.

Hopefully this helps provide some sort of clarity on why a player's rookie card is worth more than any of their other later year issues.  Of course there are all kinds of crazy inserts and autographs nowadays that don't make this always the perfect comparison, but it should usually be applicable towards any base issue cards.

Have any thoughts?  We'd love to hear from you in the comments below.