1948 Bowman packs were sold for 5 cents and issued with three sticks of gum. A recent major discovery from a few years back unearthed a nearly complete unopened box. 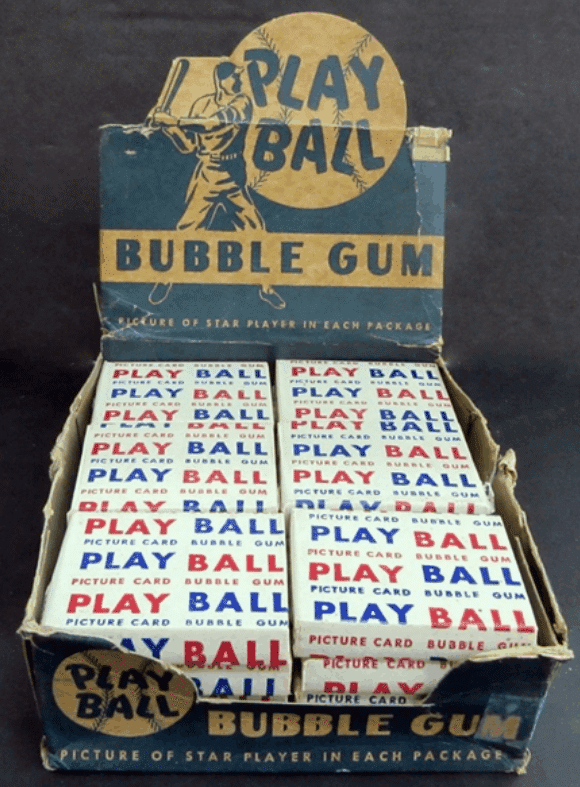 The 1948 Bowman set consists of only 48 cards and represents one of the more affordable sets from the post-war era.

Anchored by the Stan Musial and Yogi Berra rookie cards, the set lacks some of the star power from the Leaf set issued shortly thereafter the '48 Bowman issue, due to missing out on some of the biggest stars of the day, such as Ted Williams, Jackie Robinson, Satchel Paige and Joe DiMaggio.

Still, for collectors looking for a smaller-sized set to complete, the 1948 Bowman issue is an attainable target and one that we think should remain a solid investment over time.

The Hall of Famers - Most Valuable Cards

All in all, there are cards of nine HOF players in the 1948 Bowman set.

As follows, I'll cover the Most Valuable HOF cards from the 1948 Bowman set.

Stan 'The Man' Musial is considered to be one of the best hitters to ever play the game of baseball.

One of the things I find almost remarkable is that Musial earned an All-Star berth in every year he played with the Cardinals aside from his first two years in the league, making him a 24x All-Star!

His 1948 Bowman issue is the most valuable in the set and showcases a young Musial in a serious pose in his Cardinals uniform.

PSA has graded nearly 2000 copies of the Bowman Musial rookie card, so it's not a hard to find card.

However, as is common with the 48 Bowman issue, the set is plagued by wax staining, centering issues and discoloration (or yellowing) of the cards. 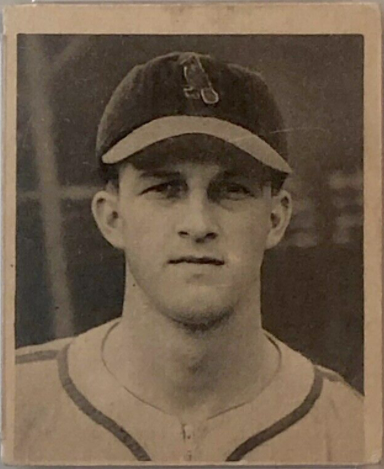 Thus, finding a high grade Musial is more challenging; less than 100 cards have been graded as a PSA 8 (NM-MT) or higher, with only one PSA 10 copy in existence.

Lower grade copies are still quite affordable, cards graded a PSA 2 or lower can typically be found for under $1000. However the costs increase significantly, dependent on the grade; for example a PSA 7 (NM) Musial Bowman rookie has averaged more than $5000 in recent sales. 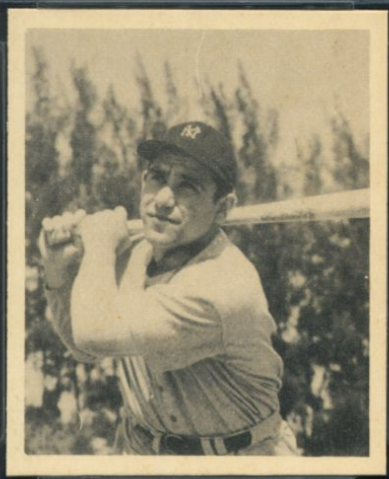 The rookie card for the beloved Yogi Berra, and the second most valuable card in the 1948 Bowman set (behind Musial).

Here he is finishing up his swing in front of a big row of trees (I'd love to know where this shot was taken).

The current PSA population on Berra's 1948 Bowman card is around 1800 copies, so again, not impossible to find.

You can usually find one for less than $1000 in lower grade.

Berra's rookie card is the one I chose as having the BEST OVERALL VALUE in the set. 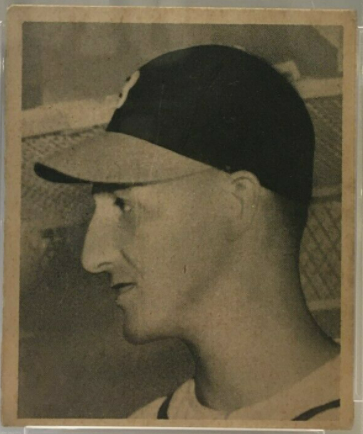 We've already talked about how the Spahn Bowman rookie card might be one of the ugliest looking cards in the history of the hobby. How hard would it have been to get a shot Spahn straight on? 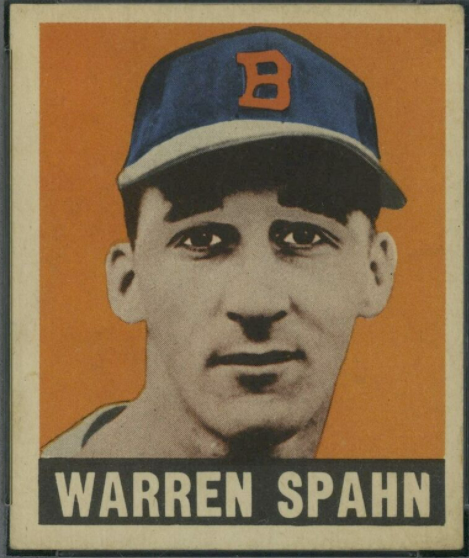 PSA has graded about 1400 copies of the Bowman Spahn rookie card.

Despite the ugliness of the card, Spahn was one hell of a pitcher, even ranking above the likes of Bob Gibson and Christy Mathewson in Bill James' rankings of the best pitchers of all time.

And a PSA 6 (EX-MT) copy can be found for around $1000 or less, which in my opinion is a bargain, thus earning my pick as THE MOST UNDERRATED CARD in the 48 Bowman set. 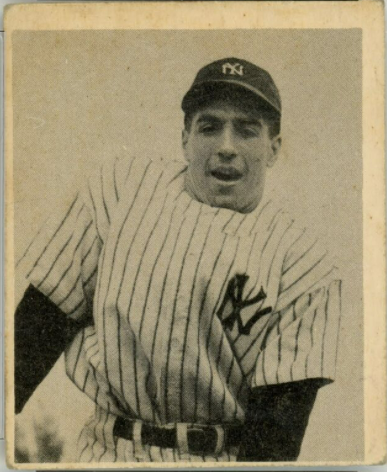 I always thought the Bowman Rizzuto rookie card was a weird one.

Like what is going on here, does Phil have a neck? Does he have something stuffed in his shirt?

Still the card is the fourth most valuable card in the 48 Bowman set and is highly desired (especially for hard core Yankees fans).

It was issued as Phil was starting to reach his prime with the Yanks, following three years of military service.

Note that Rizzuto's Bowman rookie is one of several short prints in the set. Apparently Bowman printed one 36 card sheet, and then printed another sheet, but with the high numbers replacing twelve cards from the first sheet.

From a grading standpoint, Rizzuto's rookie card has been graded less than 900 times by PSA, so a scarcer graded population versus the Musial, Berra and Spahn.

Certainly more affordable as well; a lower to mid grade copy can typically be found for less than $500 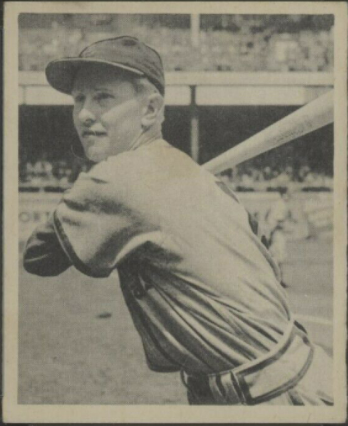 The fifth most valuable card in the 1948 Bowman set, the rookie card of Red Schoendienst is one of the lesser appreciated cards in the set.

Schoendienst was well regarded as an excellent fielder and a solid contact hitter, batting over .300 seven times during his career. Red wore a major league uniform as a player, coach, or manager for parts of eight decades.

PSA has graded less than 600, and even though its not considered to be a 'short print', there are many that believe the higher number cards were produced in lower quantities. The PSA population certainly gives us proof that this is very well true.

One of the lower cost HOF rookie cards from the 1940s, a mid grade copy can often be found for under $500. 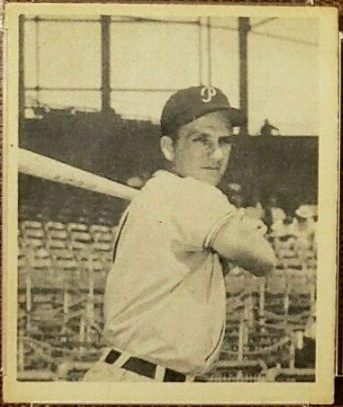 This card was released following Kiner's massive 1947 season in which he hit 51 HRs and 127 RBI's finishing 6th in MVP voting. Bowman even went so far on the back of the card to say that Kiner was being compared to 'Babe Ruth'. 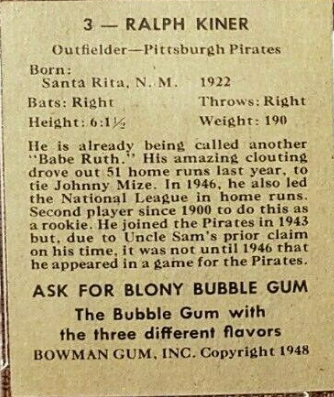 Here we actually a get a good shot of Kiner with a stadium background, unlike some of the uglier poses in the set.

Despite Kiner's home run power (he led the NL in homers for seven straight seasons) he had a fairly short stint in the major leagues (ten years) and it took him a while to get into Cooperstown.

The card is VERY affordable; mid grade PSA copies can be grabbed for less than $100.

What IS 'BLONY BUBBLE GUm? 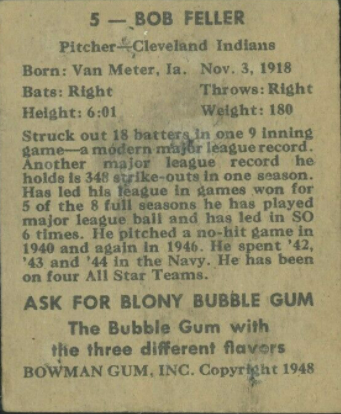 You might have noticed that the backs of the Bowman cards have an advertisement for Blony Bubble Gum. Blony was a gum created by The Bowman company. Accordingly, Blony also had a huge share of the gum market and was unique for making a very large piece of gum. 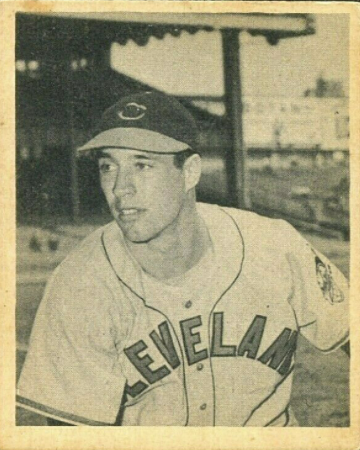 While not his rookie card, Feller's 1948 Bowman card captured the star pitcher in his prime, and coming off a season in 1947 in which won 20 games and finished eighth in overall MVP voting.

PSA has graded about 1300 copies, and it is a pretty affordable card. Ungraded copies in lower to mid grade typically sell for under $200. 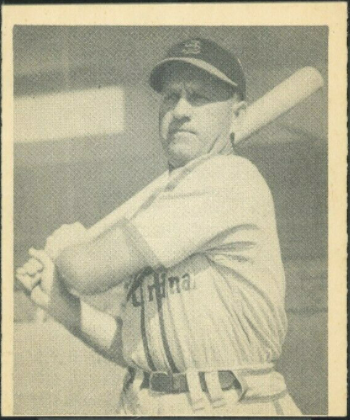 Not a rookie card for Slaughter, but a cool card that shows the Hall Of Famer in mid pose with his towering stance.

Slaughter isn't what I'd call a top tier Hall of Famer (Bill James puts him in the second tier of HOF players) but he was a great player; batting .300 over his career and winning four world series championships with the Yankees and Cardinals.

Slaughter's '48 Bowman card can be found for less than $200 in mid to high grade. 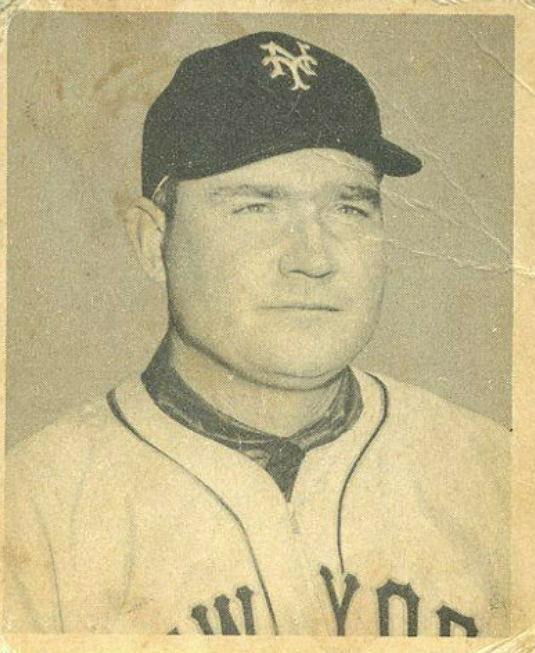 Mize was a big time power hitter. Here we get him in a portrait shot, coming off a remarkable year with the Giants in 1947 in which he hit 51 homeruns and 138 RBI's finishing 3rd overall in MVP voting.

His 1948 Bowman card can usually be found for less than $100 ungraded and in lower to mid grade.

Investment Potential Of The 1948 Bowman Set

The rookie cards of Stan Musial, Yogi Berra and Warren Spahn are the key cards to consider from an investment standpoint.

And I think all three should hold up fairly well, even despite a fairly plentiful supply of cards.

However, I personally would opt for the Leaf set as a better investment, only because I personally find the cards more appealing and would expect them to have better appreciation potential into the future.

Overall Investment Rating: 6.5 out of 10