Ten Cheap Honus Wagner Cards For Collectors On A Budget 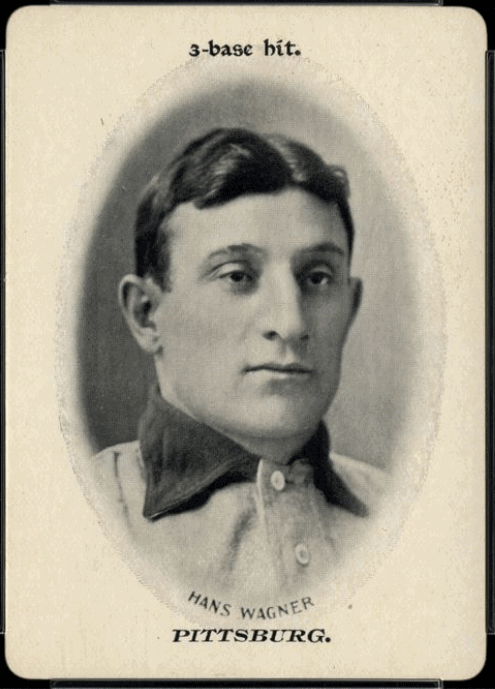 The T206 Honus Wagner card is one of the most valuable cards in the hobby.

Most collectors equate Honus Wagner with his T206 card and aren’t aware of his playing day and later year cards that can fit into some collector budgets.

We highlighted two Wagner cards in our ‘All Vintage Value Portfolio’, however recent momentum in the market has carried those cards to the line of un-budget-friendly territory.  A few of his cards were also featured in a Caramel Cards investment piece.

So, let’s take a look at a few Wagner cards that budget-oriented collectors might be interested in.  I loosely used the word ‘Cheap’ in the title of this post, and my definition of ‘budget’ here’ is $1500 or less.

Most people wouldn’t call $1500 cheap and neither would I, but it’s mostly relative to where Wagner’s other cards are valued.

In addition, in order to fit under that price range, in most instances, you need to consider a card in poorer condition.   Also, opt for a graded copy from SGC or BVG or even raw if you have the chops to identify a counterfeit and you should be able to save some money.

Many vintage collectors aren't familiar with the Fan Craze cards, but I think they are probably one of the more underrated vintage pre-war issues.

PSA has graded only 36 copies, so the possibility of finding one under the $1500 mark may be somewhat of a stretch, and if you were to do so, it would probably have to be in pretty bad condition. 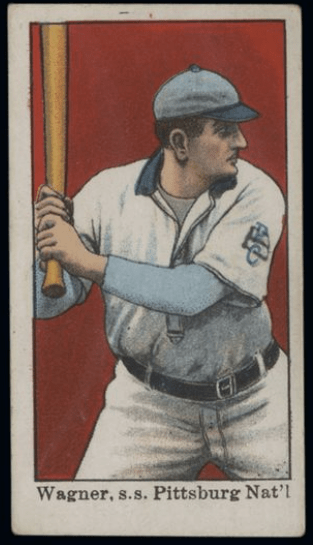 So, the E102 issue was issued by an unknown candy and gum company in 1908 and there are notably several others that were issued which are identical to this card, including the E90-1 American Caramel, E92 Croft's Candy, E105 Mello Mint, E106 American Caramel  and E101 Anonymous Set of 25 Issues.

The E102 and E101 issues tend to sell at a slight discount, but ultimately, if you can find any of these cards at $1500 or under, you are doing just fine.

Again, this is a case where you'll have to have some patience and some flexibility in regards to condition. 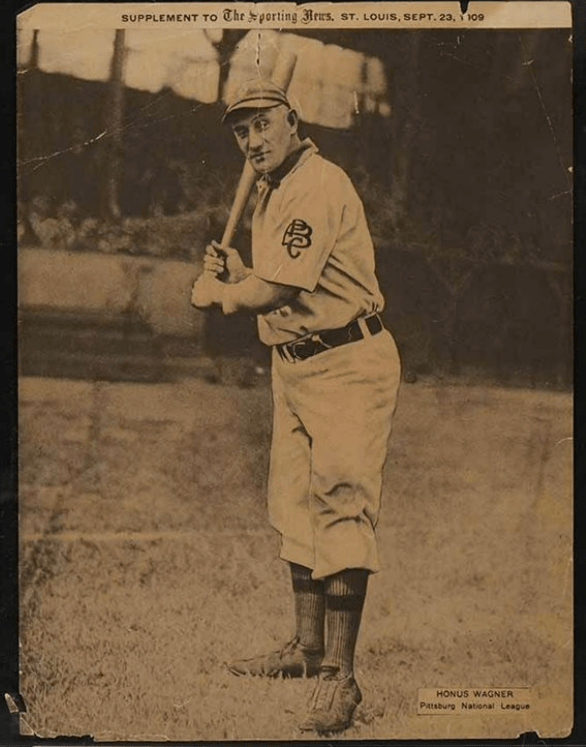 These 8x10 paper images were inserted in issues of The Sporting News and are tough to find in good condition.  They also aren't all that easy to find, as PSA has only graded three copies.  In fact the latest comp is the same card in Poor condition version that has changed hands twice at around that $1200 range.  I think it might be a challenge to find one for under $1500, but if you look long enough you might get lucky. 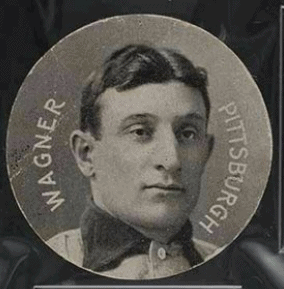 The 1909 Colgan's Chips discs are not technically cards, but definitely a more affordable way to get access to a playing day Wagner collectible.  These mini discs were sold for five cents in a package with a round piece of gum (either Violet or Mint) --wonder what the Violet tasted like?

PSA has only graded 57 of these, so I'd say if you can find one in decent shape near that $1500 mark, it's probably a very good investment for the long term. 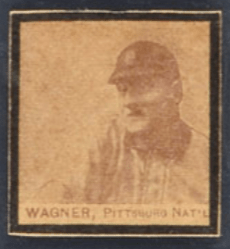 Now most people don't really like strip cards, and so the W555 Strip card issue would definitely be much more of an acquired taste.  The cards are small squares, measuring 1-1/4 x 1-5/16.

There's demand, but not a ton of demand for these cards, although they aren't plentiful as PSA has graded just 11 copies, thus if you want something on the rarer side, this would be a good choice.

To note there are some other big guns in the W555 set that can also be purchased at a budget price (relative to their other more popular cards).  This includes Cy Young, Ty Cobb, Christy Mathewson and Nap Lajoie. 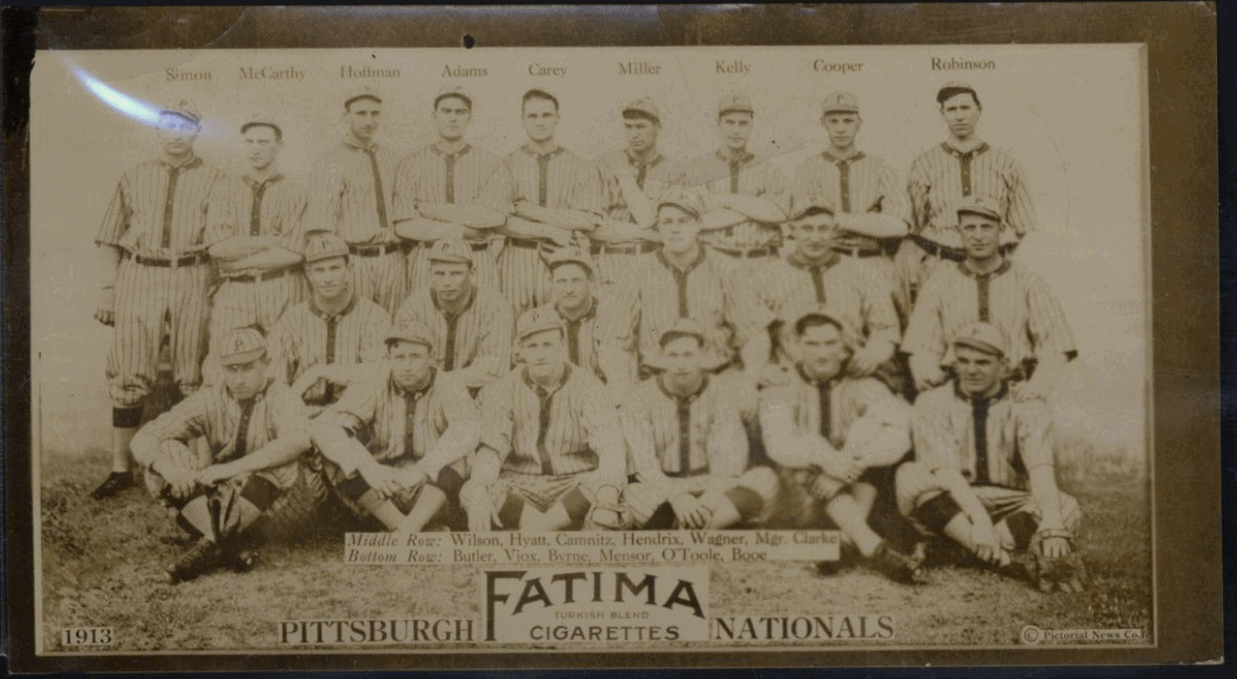 These team cards were issued by Fatima, included in cigarette tins. The cards in my opinion are awesome and a more affordable way to get a card of some of the era's top players.  Many cards in the set are highly collectible including the team cards of the Chicago White Sox (Joe Jackson) and the Detroit Tigers (Ty Cobb).  This Pittsburgh Nationals card features Wagner and can be found in tougher condition for between $1000 to $1500. 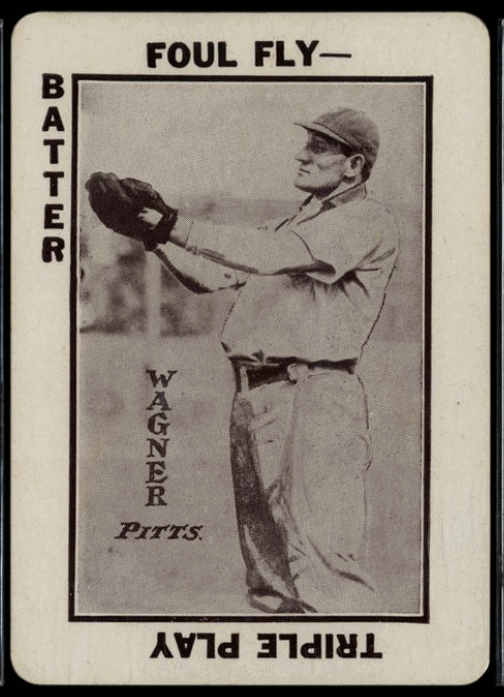 It's another game card in an attempt to find more affordable Wagner cards and while these aren't super popular, the card is a playing day card of Wagner, and can often be found for under $1000 in even higher grade condition.

Note there is also an identical set issued by Tom Barker (identifier WG6) and the cards are roughly the same value. 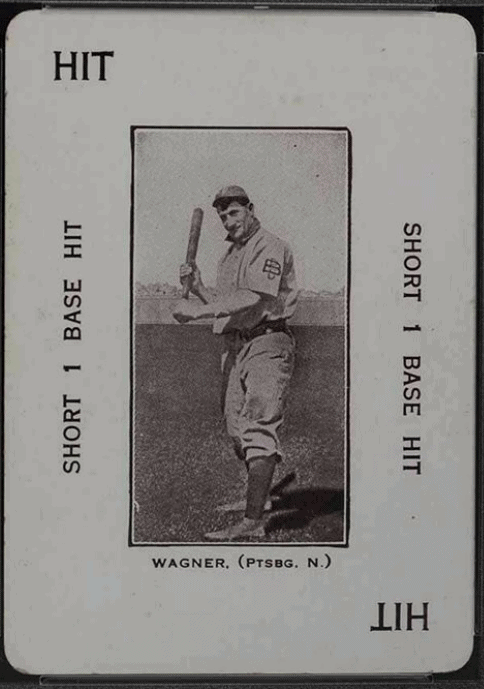 There are two variations of the Honus Wagner from the 1914 Polo Ground Game set --both have the same photo, but one says 'Hit' and the other says 'Strike' in accordance with the game.  Like the 1913 Game Cards of Wagner, these are also relatively affordable, with higher grade copies available for around $1000. 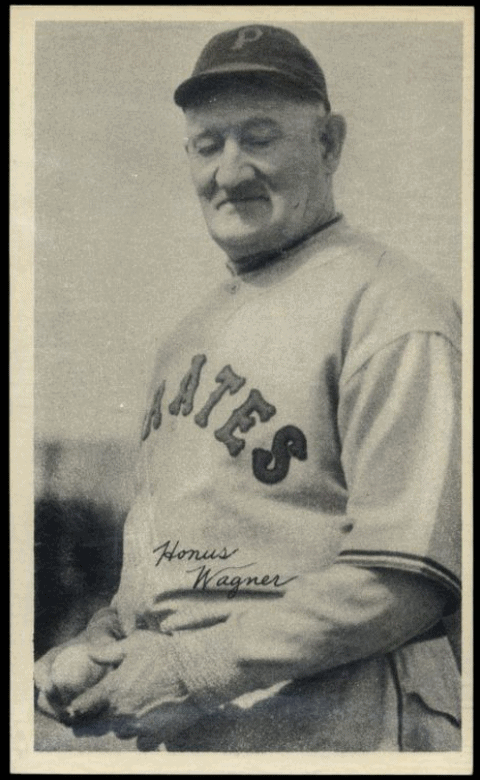 Now, this isn't a playing day card of Wagner, however this card was issued during Wagner's coaching years as the hitting instructor for the Pittsburgh Pirates, which lasted until 1951.

Notably, PSA has graded only 39 copies of the National Chicle Wagner card, and even still, it's fairly affordable, with mid grade copies typically available for around $500 or less. 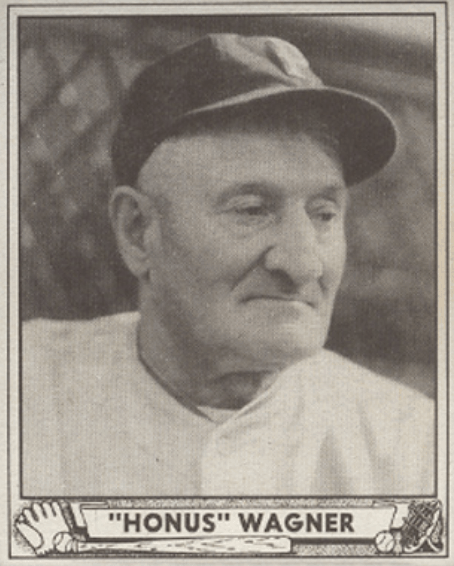 While the 1940 Play Ball set is popular for the Joe DiMaggio and Ted Williams cards, the set also includes cards for legends, including Shoeless Joe Jackson and this card of Wagner which caught him still in his years as a coach for the Pirates.

PSA has graded less than 300 copies of Wagner's Play Ball card, making it a tougher find than his 1949 Leaf coaching card, and ultimately the Play Ball card can be found for less than $500 in low to mid grade. 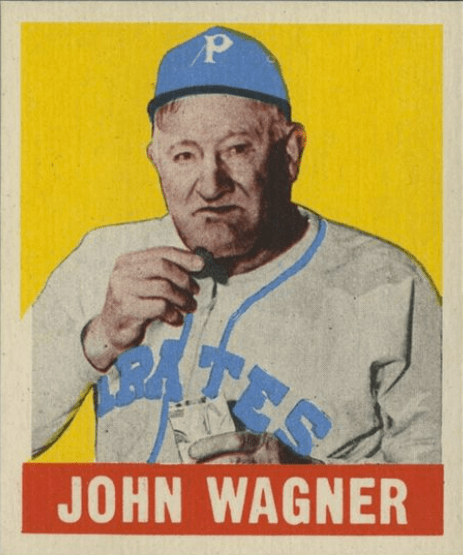 This 1949 Leaf card of Wagner features him during the tail end of his coaching career with the Pirates.  The card captures Wagner with a package of tobacco in his hands which kind of goes against the theory of Wagner not wanting his T206 card circulating due to the associations with a cigarette company.

I really like the Leaf cards and view the Wagner card as a mere bargain.  You can pick up a copy in mid grade for around $250.  Note that PSA has graded over 650 copies, so it's not rare, but probably the best way for a collector to own ANY card of Wagner for less than $500.