What Years Are Vintage Baseball Cards?

This is a question that is often debated, but I’ve found that there is really no clear-cut answer.   When the word ‘vintage’ is thrown around, most people think of a dusty old antique piece of furniture.  However, with baseball cards, the classification of what years to include in the definition of vintage is a bit trickier.  This guide should help collectors determine the best categorization for sports cards and what actually qualifies as a ‘vintage’ card.

Current Consensus for What Qualifies As ‘Vintage’

For most, the definition of vintage is anything produced prior to 1980.  However some think those 60’s and 70’s cards don’t necessarily deserve a vintage designation and see anything produced as prior to the 1960’s as vintage.  Well, then there’s those that only consider anything prior to World War II as vintage, and you can see where I’m going with this.  There really is NO consensus on classifying vintage cards.

From Wikipedia, the definition of ‘vintage’ clothing, probably one of the more popular vintage categories is anything at least twenty years old.

And a Merriam Webster dictionary listing of the word ‘vintage’ describes the adjective as follows:

of old, recognized, and enduring interest, importance, or quality

So, I think this at least gives us a good head start.  To be vintage it has to be at least twenty years old, and it has to have some sort importance, enduring interest and quality.  Thus, even though the 1987 Topps set hits our twenty year threshold, I wouldn't say that it holds up to our test of importance and quality.  I might also tweak that definition a bit so that vintage is a bit more applicable to our situation.

twenty plus years old, with a recognized and enduring interest, and limited supply relative to later card issues

So that would get rid of of all junk era cards.  I don't know of the exact production numbers for junk era cards, but it's safe to say that anything produced from 1980 into the mid 90's was produced in excessive numbers--with some years, production reaching into the tens of millions for each card.

Thus, here we are back to that pre-1980 definition.

The late Bob Lemke produced one of the most well respected price guides called, the 'Standard Catalog of Vintage Baseball Cards' in which Lemke used this exact pre-1980 definition for vintage cards.

Beckett's Vintage grading service will only grade anything prior to 1981.

Yet, one of the vintage experts - Anson Whaley defines vintage as anything pre-1985, and categorizes as follows:

Should we be including anything post 1980, or anything even in the 1960's or more so the 1970's where production was significantly higher?

Whaley's major reasoning for including years up to 1985 in his definition of vintage was purely for the fact that he didn't believe that issues such as 1983 Topps belonged in the 'Junk Era' category.

However, I tend to disagree with Whaley.  If we look at the population reports for those post 1980 sets, it's quite clear that sets such as 1983 Topps saw significant print runs.

Sure, not as significant as say the 1987 Topps set, but go see how easy and cheap it is to buy a near mint condition Ryne Sandberg or Wade Boggs rookie on eBay.   If you're paying more than $5 for each, you've likely overpaid. 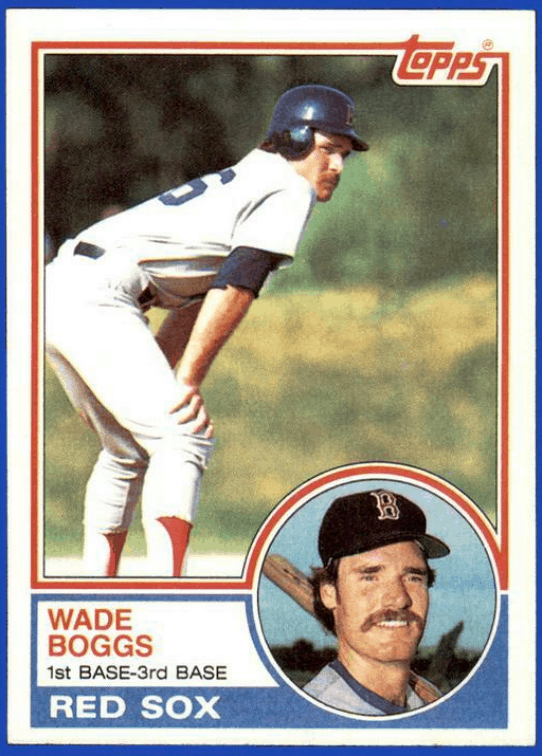 Sorry, but I just can't see a 1983 Topps Wade Boggs card as vintage.

Now, there arises a weird issue and concern in that when we talk about a set from 1983, we also must remember that the set is now (gasp) 37 years old (as of this writing).  Is it possible that in the year 2040, when the 1983 Topps set is 57 years old it might actually be considered vintage?

Sure it's possible, but unless someone dumps a bunch of 1983 Topps cards into the Atlantic ocean, I don't necessarily see the cards as retaining much value over time.  Sort of similar to old vinyl--everyone thinks old records should be worth money, but then the reality is that there are still millions upon millions of records sitting in people's basements.

Create your own user feedback survey

Our Definition For Vintage Cards

We at All Vintage Cards remain true to the hobby pioneers and believe that currently, 'Vintage' should apply to sets from 1980 and prior.

Now, we have taken some liberties with this of course in writing about Michael Jordan's Fleer card, which despite it's 1986 issue, we see as being a landmark issue, one that was produced at significantly lower quantities than any of the other baseball issues from the era.  In addition, we felt that collectors needed help in identifying the vast amount of fakes in existence.  I can tell you that no one is trying to counterfeit a 1983 Topps Wade Boggs card.

So in theory, there are some qualifiers of sorts, depending on the sport...but for baseball I can say explicitly (in my opinion) that vintage is anything from 1980 or prior.  We tend to write about things that are a lot older than this, which we view as more of pure 'vintage' issues.

However, this doesn't mean our definition of 'vintage' should apply to everyone.  As the definition of 'vintage' states, the object in question must be of 'enduring interest'.  Maybe for you, 1983 Topps is the most interesting issue of all time, it was the set that you collected when you first entered the hobby.   Maybe you also believe that Nirvana shouldn't be played on 'Classic Rock' radio stations.

Thus, don't forget, that 'vintage' on the surface is just a classification, and a very subjective one at that.  Don't let the word impact how you go about collecting.  I just thought it was interesting topic of conversation.  No one really has the right answer, but the classification does help guide our own writing in regards to 'vintage' cards. 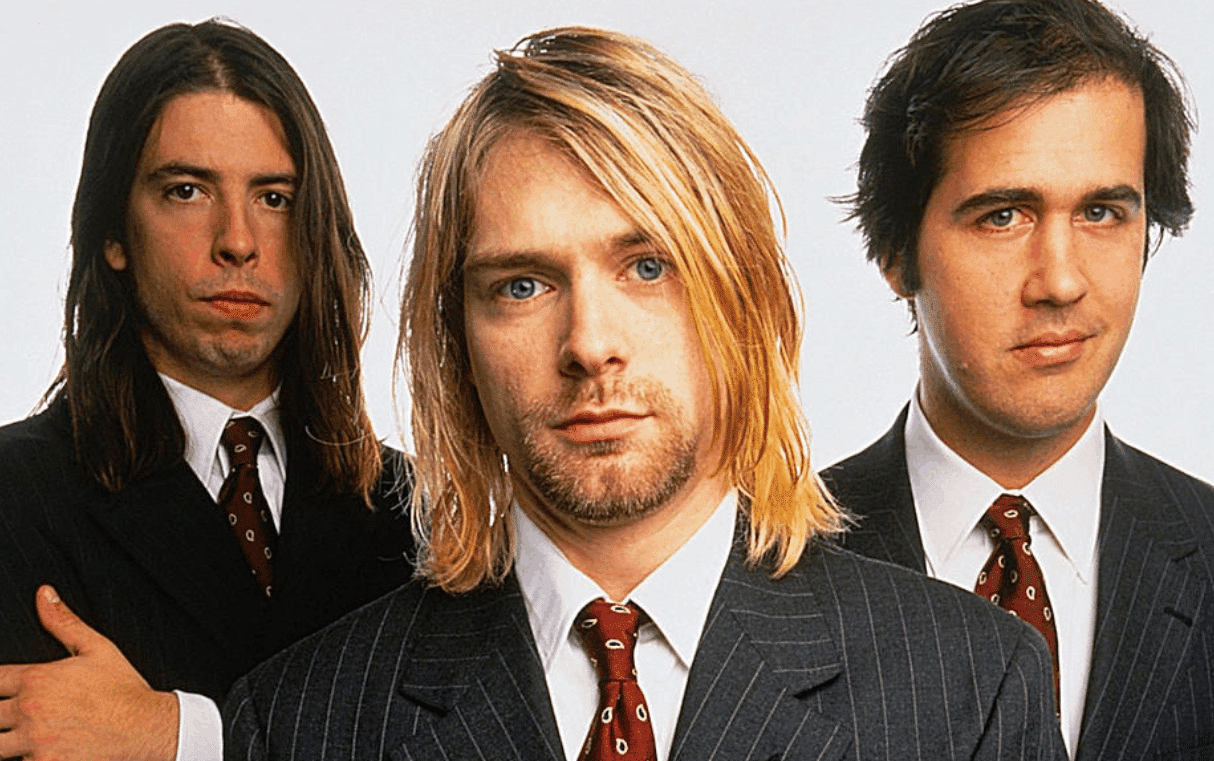 They play Nirvana on classic rock stations now, which I guess would make the band qualify as 'vintage'.