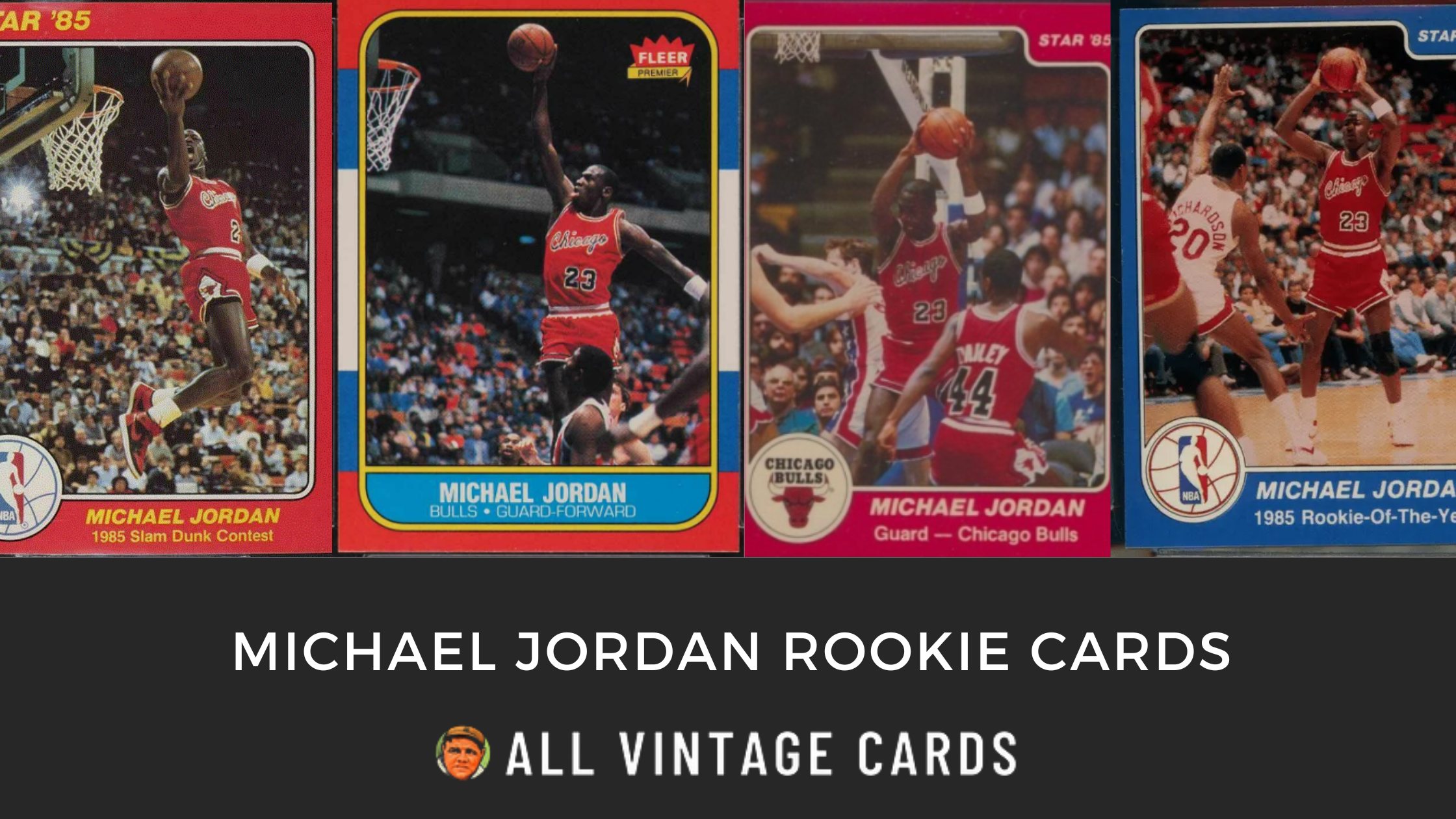 When it comes to sports icons, none are more recognizable than basketball legend Michael Jordan. Even though Jordan hung up his Nike Air Jordan's nearly twenty years ago, his legacy remains stronger than ever.

The love and admiration for Jordan's talents on the basketball court have also crossed over to the collectibles world. Today, Michael Jordan's rookie cards across the mid 1980's Fleer and Star basketball sets remain among the hottest and most valuable cards in the hobby.

In this resource guide, we've assembled some of the basic facts about Michael Jordan's rookie cards for basketball card collectors.

For years, the most commonly accepted Jordan rookie card among collectors has been the 1986 Fleer #57 Michael Jordan card. It had a widespread release, was issued in wax packs and produced by a major basketball card manufacturer (Fleer). However, one year prior (1985), Star Company held the only NBA card license and produced several Michael Jordan cards, which some consider to be rookie cards, yet are officially labeled as 'Extended Rookie Cards' or XRC for short.

As noted above, the officially accepted answer is that each of Jordan's Star basketball cards produced in 1985 should only be considered an 'Extended Rookie Card' or XRC.

What Is An XRC?

XRC stands for 'Extended Rookie Card' and was a term created by Beckett in the 1980s. It helped differentiate between any sports cards issued via packs from a major manufacturer (such as Topps, Fleer, Upper Deck) and those issued in box sets or as part of a regional release not sold via wax packs. Some common XRC cards include some of the mid 1980's Topps Traded cards such as the Barry Bonds or Bo Jackson rookie cards.

Star Company basketball cards were released in poly bag team sets and distributed in limited quantities to local dealers and sporting arenas. Thus, rightly or wrongly, all of Jordan's Star Basketball cards are considered by most collectors as Extended Rookie Cards.

PSA started grading 1985 Star cards recently, after a long hiatus due to concerns about the counterfeit market. This has certainly provided more interest in the Jordan Star rookie cards.

How Many Michael Jordan Rookie Cards Are There?

I am a big fan of the 1980s Star Basketball cards and thus consider Jordan's 1985 Star issues as important enough releases to qualify as rookie cards. Thus, I include Jordan's Star cards here as 'rookie cards'.

Aside from the iconic 1986 Fleer Michael Jordan #57 Rookie card, Jordan also has a sticker from the same set. Aside from the Jordan Fleer rookie card and the Jordan sticker rookie, Jordan's has three cards issued one year prior to the 1984-85 Star Company basketball set.

The 1984-85 #101 Star Jordan is the base card in the Star set and is considered to be the biggie Jordan rookie card from Star. Many collectors believe the 1986 Fleer Michael Jordan rookie is a RARE card, but that is not true. Based on estimates from Reed Kasaoka, a long time hobby veteran and buyer at Dave & Adams, Fleer printed 250K copies of each card in the 1986 Fleer Basketball set.

With regards to how many Jordans were printed, in the late-90s a high-level Fleer executive told me in there were 250,000 of each card printed for 1986/87 Fleer Basketball. Is this a realistic number? I suppose so, considering it was their first basketball product. He also said because of the product's disappointing reception on the market, they cut production in half for 1987/88.

However, it is believed that Star Company issued 5,000 or fewer full sets of the 1984-85 Star Basketball set, making Jordan's three Star 'XRC' cards much rarer.

How Much Is A Michael Jordan Rookie Card Worth? While a PSA 10 Jordan Rookie sells for low six figures, other lower to mid grade Jordan rookies are more attainable for collectors.

Recent average pricing for Jordan Rookies ranging from PSA 2 thru PSA 8 has been about $800-$1000* the grade.

Of course, these totals fluctuate wildly based on overall demand for Jordan Rookie cards.

How Do I Tell If My Jordan Rookie Card Is Real Or Fake?

The 1986 Fleer Michael Jordan rookie card is one of the most commonly faked cards in the history of the hobby.

Some fakes are easy to spot, especially when you have an authentic 1986 Fleer common card nearby to compare.

But if you want a complete guide to figuring out whether your 1986 Fleer Jordan is a fake start here. And then read this guide for even more help in identifying a Jordan Fleer Rookie.

Below, I've marked up a few areas on the back of an authentic 1986 Fleer Jordan which are key spots to examine. A few of the key areas to look out for when identifying a real/fake 86 Fleer Jordan rookie card.

One of the more notable and often unknown markings on a real Jordan rookie is the little dot on the bottom half of the card.

If you look at the CORP text on the bottom of the card and focus on the RP and move higher to the pink background--there is a little tiny white blemish found on all Jordan rookie cards. Under microscope it almost looks as if someone chipped off a part of the card. A fake Jordan in a fake PSA holder.

If you are looking for help in identifying a fake Jordan Fleer Rookie sticker, read this guide.

And finally, if you are on the hunt for a new Star #101 Jordan rookie card, be sure to read this authentication guide to make sure you don't get burned.

Are Jordan Rookie Reprints Worth Anything?

While counterfeit Jordan rookie cards (those made with the intent of deceiving collectors) are worthless, there are some later year reproduction (or reprint) cards that have some minor value.

The ones that are the most notable are the 1996 Ultra Decade Of Excellence Jordan or the Michael Jordan 1996-97 Stadium Club Finest Star #101 Reproduction cards. Note the Finest set also includes a refractor parallel shown below. Michael Jordan's Rookie Cards have seen a huge surge in collector demand over the past several years, however it has been a bumpy ride.

If you are looking to invest in any Jordan rookie card, I recommend considering any of the Star Jordan rookies, which I believe have better long term potential, due to the limited population.

Where Can I Safely Buy A Michael Jordan Rookie Card?

eBay is still a great place to shop for any Jordan rookie card, and thankfully, eBay now offers more peace of mind with its 'Authenticity Guarantee' program.

Where Should I Get My Michael Jordan Rookie Card Graded?

I recommend PSA for grading any Michael Jordan rookie card. PSA now also grades any Star Jordan rookies. Ultimately, PSA will provide a significant premium to either SGC or Beckett. Be sure to check out our Michael Jordan PSA Grading Guide for a visual guide to Jordan Rookie conditions.

How Do I Sell A Michael Jordan Rookie Card For Top Dollar?

Again, eBay is a great, liquid marketplace to sell your cards. For high grade Jordan rookies you can also consider an online auction house. All Vintage Cards is always buying high quality cards as well, so feel free to reach out!

Is Jordan's Second Year Card Worth Anything?

Jordan's 1987 Fleer second year card has a much lower graded population than his 1986 Fleer rookie card. Still, the 87 Fleer card is only worth a fraction of his rookie cards.

Why Are Rookie Cards Worth More Money Anways?

Be sure to keep a heads up for fake copies, as there are many floating around. 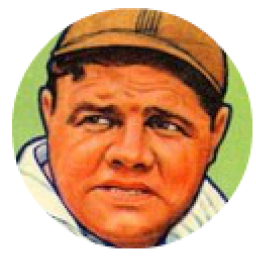