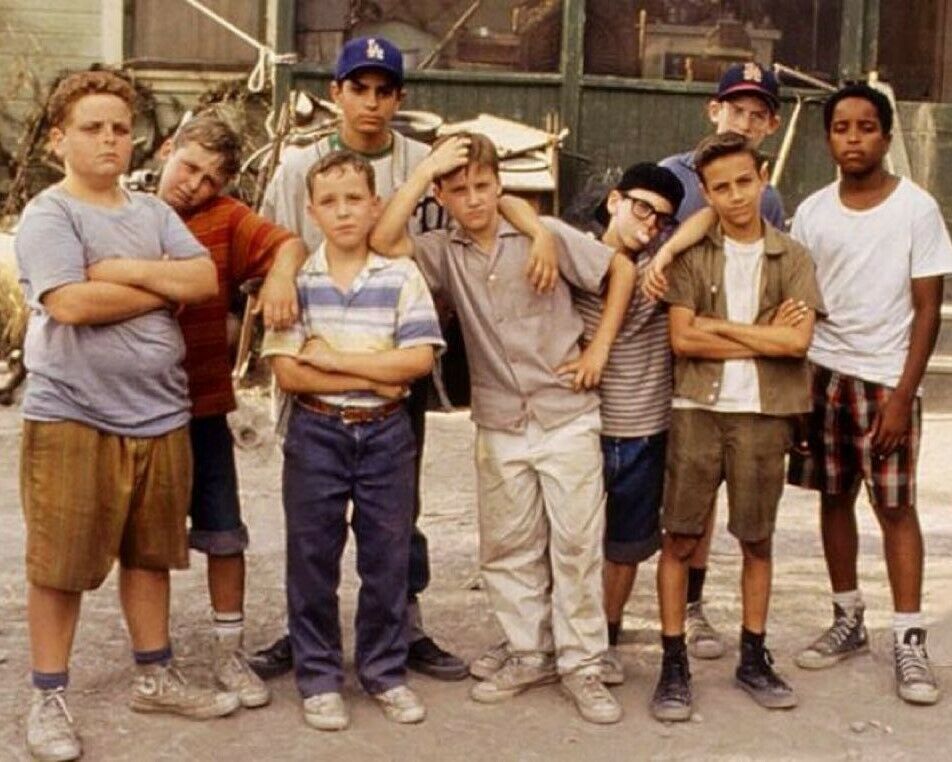 I love movies about baseball and there are three movies specifically where I can remember a cameo for three big-time vintage baseball cards.

The movies: “Needful Things”, “The Sandlot”, and “The Lou Gehrig Story”.

I know there are others but these are the ones that stand out vividly for me.  In fact, I wonder if anyone had the cards slabbed and maybe even identified as actually being on film;  because, if so,  I’m sure the cards would probably garner a big premium.

Usually, the more things a card has going for it — grade, scarcity, popularity, career success, iconic stories — the more ways value may be seen in the market.  Even cards that have been a collection of popular figures have shown to sell for more at auction.

Let’s dig into the three movies.

And if you’ve spotted a vintage card in a movie, let us know in the comments at the end of this article! 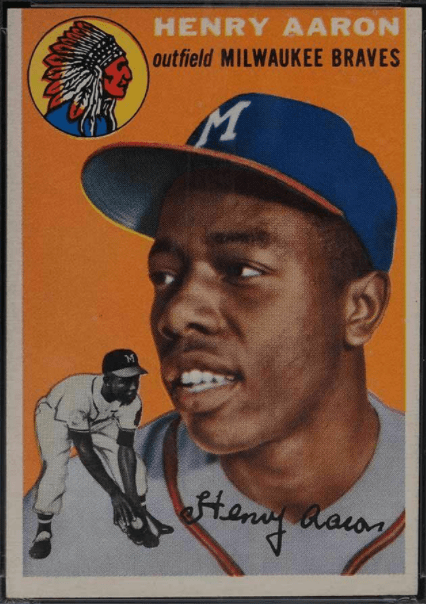 The Sandlot is an iconic movie that features the rookie card of a baseball legend, a man who sadly passed away this year.

When the Babe’s leaving, he seems transfixed by the 1954 Topps Hank Aaron rookie card in his hands, he’d been holding it since he had sat down to talk to Benny.

As the Babe rises to leave with the card in his hand still, the camera gets a clear shot of the card, which becomes quickly identifiable with its bright orange background and the stunning 1950s Topps design.

It’s an amazing scene in a great movie. However, somebody must have owned that card and must’ve lent it to the movie producers (assuming it wasn't a reprint?), but why would the card not receive any recognition for its appearance if it wasn’t lost, especially now?

I would love to show it off in its original ornate case that’s seen in the movie, but I would most likely get graded and try to obtain a “Sandlot” tag from whatever authenticator grades the card, thus making it a one of a kind.

Who knows what it’d be worth?   Of course it is quite possible that it could be a fake Aaron rookie, but even still I think as a prop in the movie Sandlot, it could be worth a pretty penny. 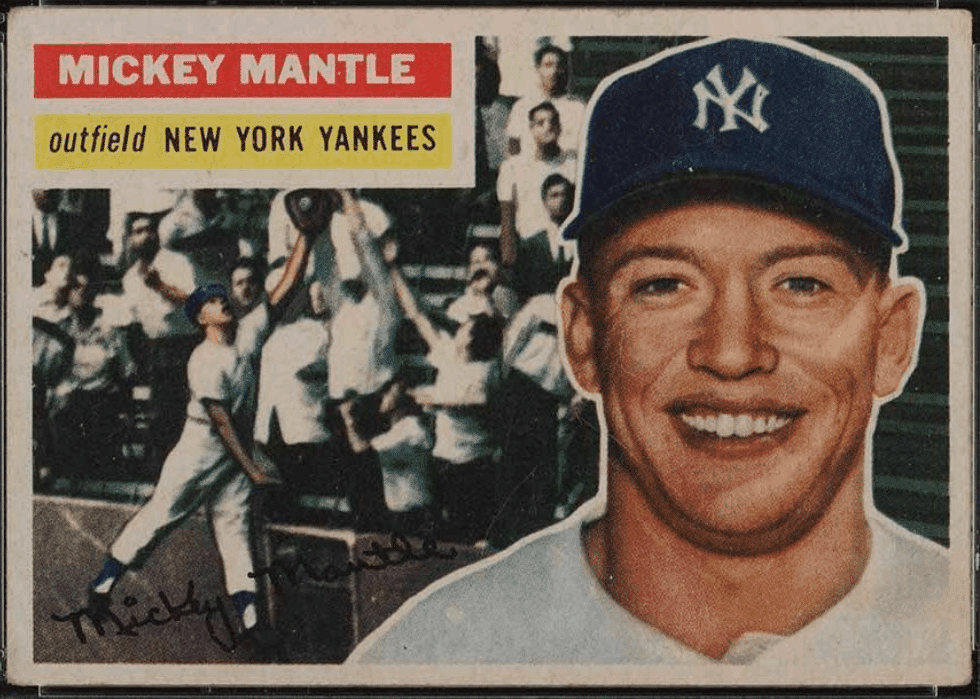 The Mickey Mantle card from the '56 Topps set is the most valuable card in the set.

The next card is also a 1950s Topps card.  In Stephen King’s 1991 novel “Needful Things”, a 1955 Topps Sandy Koufax rookie card is front and center.  It is sold to an 11-year-old boy by Leland Gaunt, the owner of the shop “Needful Things”, an antique store with all sorts of things and Leland has something for everyone.

However, in the movie, which stars Ed Harris, a 1956 Topps Mickey Mantle is used instead of the 55 Koufax.  The 56 Topps Mantle is one his top cards because he won the World Series and the triple crown that year, making it the best season in Mantle’s career, arguably.

The boy it is sold to-- Brian Rusk -- has a large collection of Topps baseball cards. Gaunt first asks him if he wants anything--even offers up a pair of Air Jordans! After Brian says he doesn't need anything, Gaunt then asks him to wish for any item he can imagine.

"What would make you happy Brian?"  Gaunt asks

"Mickey Mantle.  The baseball card.  My dad and I used to collect them". says Brian

"Topps!  I had a whole collection of 56 Baseball Cards!"  says Brian

"We have every Yankee except Mickey Mantle" retorts Brian 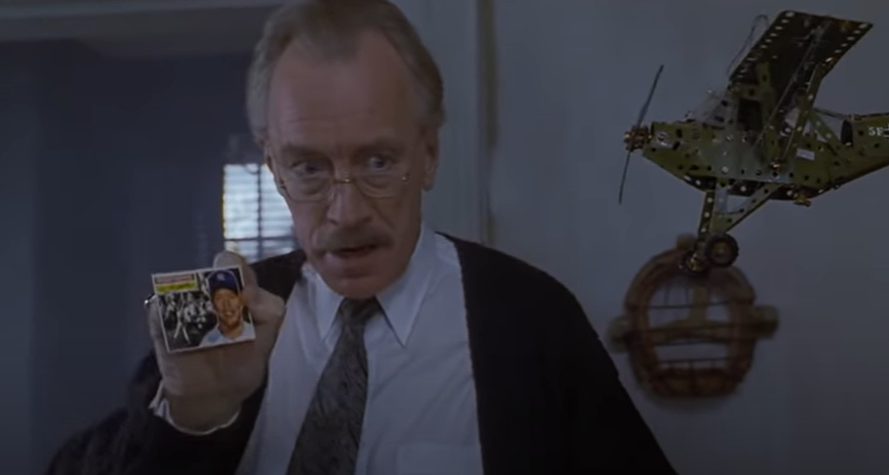 After a while, Gaunt returns with a 56 Topps Mantle card that he pulls out of a protective holder which is signed 'To My Good Friend Brian"

The card is worth hundreds of dollars, but Gaunt asks for just 95c. The other part of the price is a deed.  I won't ruin the rest of the story--you'll have to watch for yourself.

If you scroll to about the 9:00 mark in the following full clip of the movie, you'll find the exchange.

It’s funny too because Stephen King, a huge Red Sox Fan, would most likely not feature a famous Yankee player’s card in one of his stories.

I actually found a listing of a supposed prop of the card from the movie, but I won't even link it here, because it was clear it wasn't the same card just from the area in which it was signed.  Maybe Steven King has the original?

The last card is showcased in the all-time sports classic, “The Lou Gehrig Story”.

The card is a fantasy issue, maybe created as a prop in order to try and replicate the infamous black and white 1916 M101 Babe Ruth rookie card.

The card can be seen in opening of this black and white movie, which is actually free to watch on YouTube.

If you scroll to the 3:00 minute mark, there's a great scene of a boy (a young Lou Gehrig) trying to make his way in to play with some older kids.  He initially tries to bribe his way in by offering up some of his baseball cards.

The whole exchange is hilarious for anyone that's a vintage collector: 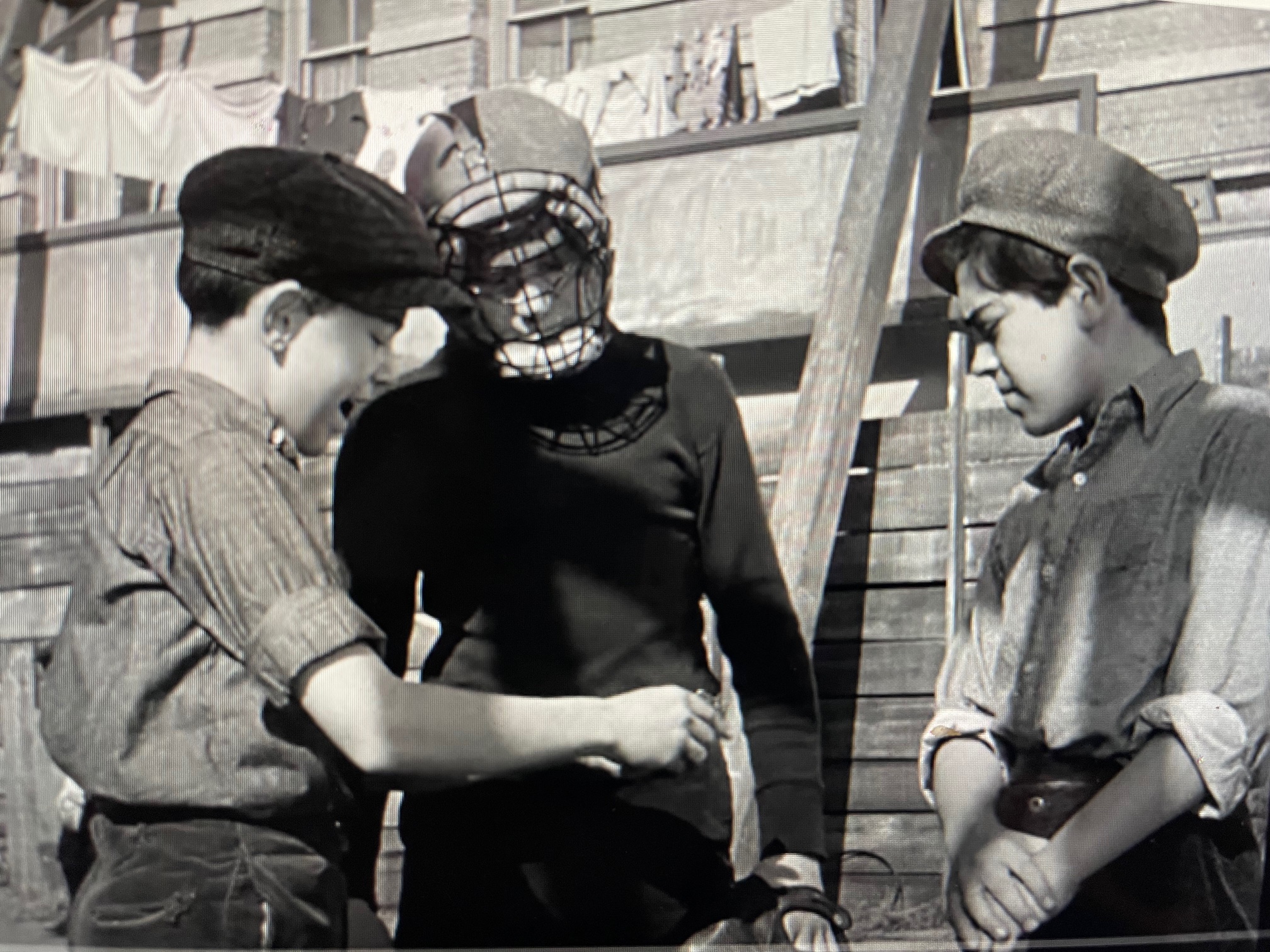 "I've got some Sweet Caporal cards"

"Who ya holding out?" as a young Gehrig tries to protect the one card in his pocket. 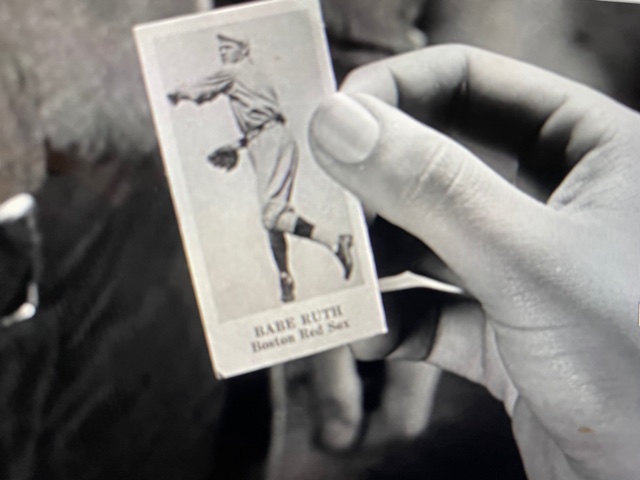 "A Rookie?!"  as the young whippersnapper showed little interest in the Ruth card.

Eventually it took young Gehrig all of his T206 cards to enter the game--there was no interest in that rookie Ruth!

There’s a sufficient shot of the card (although they just thumb through what are the supposed T206 cards) and even though its a fantasy card it would be interesting to know if it still exists---I'm sure it would be the one lone fake card that might have some value as a prop from The Lou Gehrig Story.

Who knows what someone would pay for any of these hypothetical gems if real or a prop? I'm sure in most cases these cards were not authentic, but ultimately, it left a lasting impression in my mind from when I watched these movies.