The sports card grading market has witnessed a lot of change over the past few years; excessive demand has led to an extreme shortfall of grading availability at the top tier graders, specifically PSA.

Like any burgeoning industry, entrepreneurs have launched into action, attempting to pick up the slack from some of the biggest grading companies.

One new entrant – Certified Sports Guaranty (CSG) which is backed by a successful comics and coin grading company launched this past February and is headed by a few former high-ranking card graders from Beckett.

But, we’ve seen many new upstart grading companies come and go in the past.

Does CSG have what it takes to compete against PSA?

Disrupting any of the top three grading companies (PSA, SGC, and Beckett) would be a monumental task, but I think CSG at least has a fighting chance to become a major player in the space.  Their team of experienced card graders and success in other grading verticals gives them a higher probability of success.  In my mind, probably the fiercest competitor we’ve seen in a long time.

Let’s explore CSG the company in more detail and discuss some of the reasons they may or may not be successful with their card grading venture.

Note that I did reach out to CSG multiple times to try and arrange an interview, but no one responded.

Have any experience with CSG?

Let us know in the comments or always feel free to shoot me an email at chris@allvintagecards.com

A Background On Certified Collectibles Group

Certified Collectibles Group is one of the world's leading providers of authentication services for collectibles from all around the world.  From vintage comic books to rare coins and stamps, CCG has become known as the go-to grading companies in many of the markets they serve.

They have seven different grading entities which are as follows: 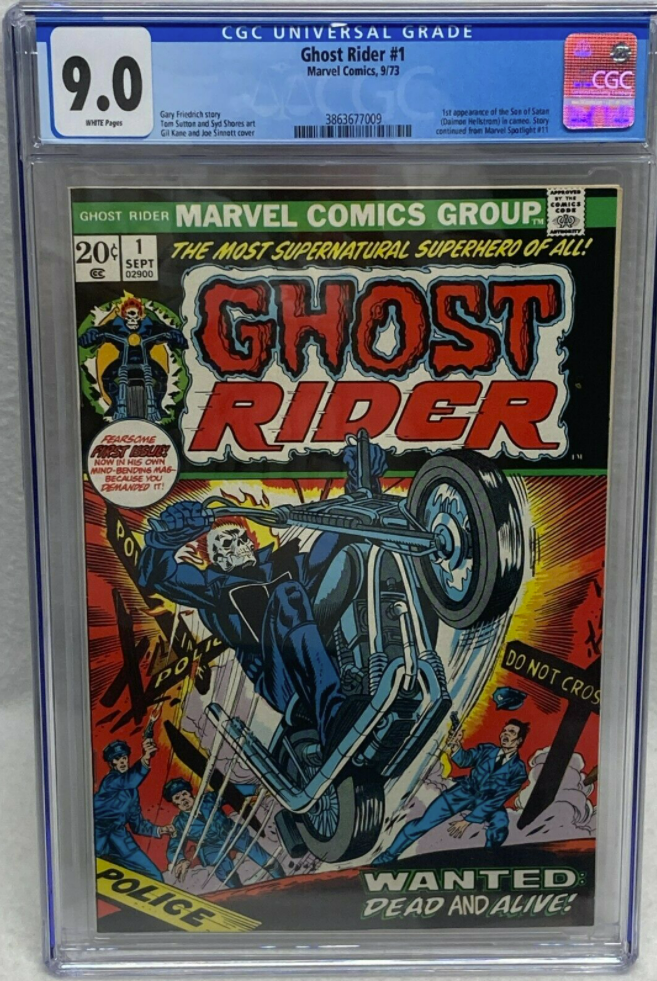 Thus, it's clear that Certified Collectibles Group has a very respectable background, which made their entrance into the sports card grading market almost seem like a natural fit.

Note that Blackstone's private equity group recently took a majority stake in Certified Collectibles Group.  This will likely mean more investment from Blackstone, which would certainly help CSG further establish itself in the industry.

From the press release on the announcement:

"Blackstone will seek to accelerate CCG’s growth, enabling the company to invest significantly in its current and planned services, adding and training new employees, expanding its geographic and product reach, acquiring new technologies and developing its digital presence.”

CSG is headed up by Andy Broome who has the official title of 'Senior Vintage Card Grader'.  Broome spent nearly sixteen years at Beckett with the same title and thus has certainly earned the reputation as what we might refer to as an experienced grader.  Broome has even had the opportunity to grade a T206 Wagner. 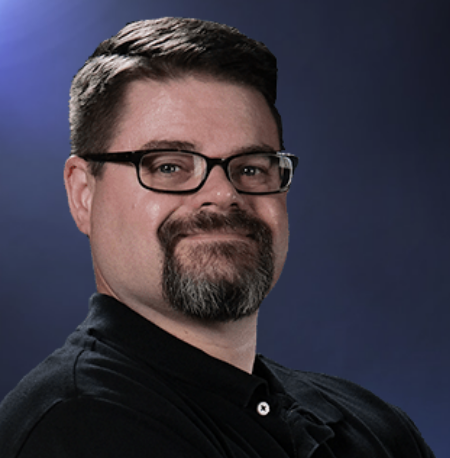 Broome was joined by Westin Reeves, who is the Modern Card grader at CSG.   Reeves has been in the grading industry since 2014. 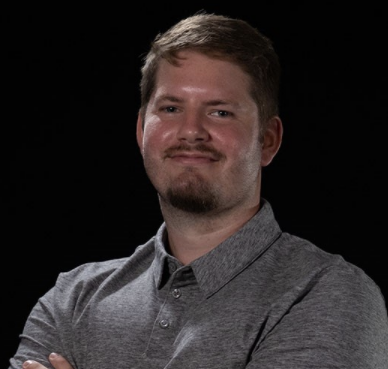 In a simple word--ugly.  This is where I wish they tried to survey the collecting world before pulling the trigger on a slab/flip design.  I have to admit, I don't like the design--it feels too busy and suited for a more modern day card.

The slabs are actually taller in size than other competitors such as SGC, PSA and BGS.  In addition, the label (aka flip) just has way too much white space and is too big!  The fonts are all different, and the bright green just doesn't work for me. 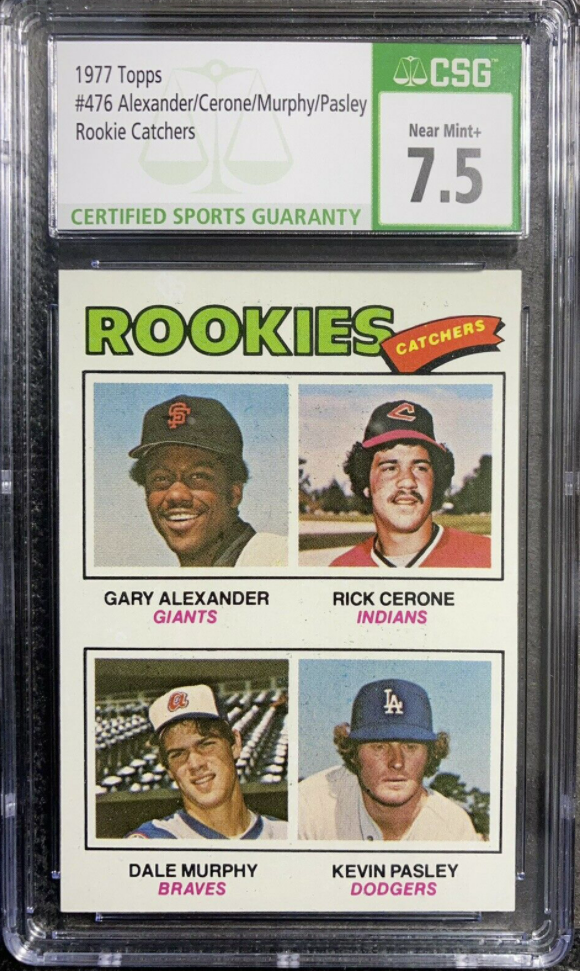 Someone on the Net54 forums also brought up a good point - the CSG logo looks nearly identical to that of the old SGC logo, which in my mind just looks outdated and really makes no sense.  I guess maybe CSG is providing balance to the card world?  Whatever the case, those scales don't belong on the label.

Thus, while the slab isn't everything, in the long run I worry about the appeal for any vintage collectors (or modern for that matter) to actually submit their cards to CSG.  Yes, buy the card, but overall look and appeal goes a long way and the slab does in my mind help boost the value of the card.

PSA's slab/flip is simple and clean--but of course that has evolved over time, so I'm hoping that CSG is listening.  Maybe they should have taken that request at an interview from me?

Note that cards with a subgrade look a wee bit better--as evidenced by this 52 Topps Mantle.  I think CSG at the very least should tighten up the flip on cards with no subgrades. 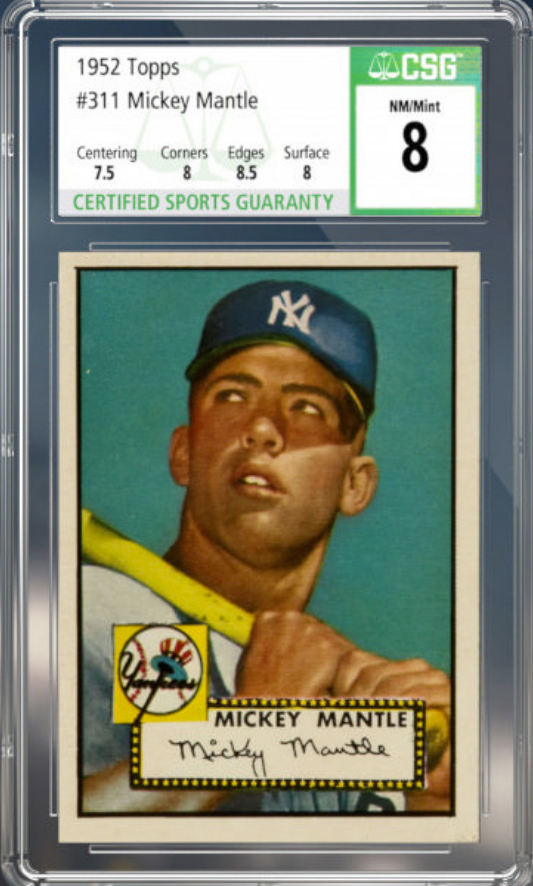 More On The CSG Grading Process

Again, we didn't get a request for an interview with CSG, so I had to rely on online and external resources to get more info on how CSG grades cards.  Their website says that they examine cards with what they call 'advanced technology', and that it is a team effort.  Graders enter their grade into CSG's proprietary computer system.

I know it's all fluff--marketing speak of course, but I really doubt grading is a team effort. CSG please get back to me if this is the case, but with the speed and efficiency needed to churn out grades, I highly doubt more than one person is examining a specific card.

They do mention 'advanced technology' and I was also skeptical of this--although I did find a few of their blog pieces that provided evidence of how this worked out for them.  Here's an example of how their technology supposedly detected power erasing on a Jim Brown rookie card. 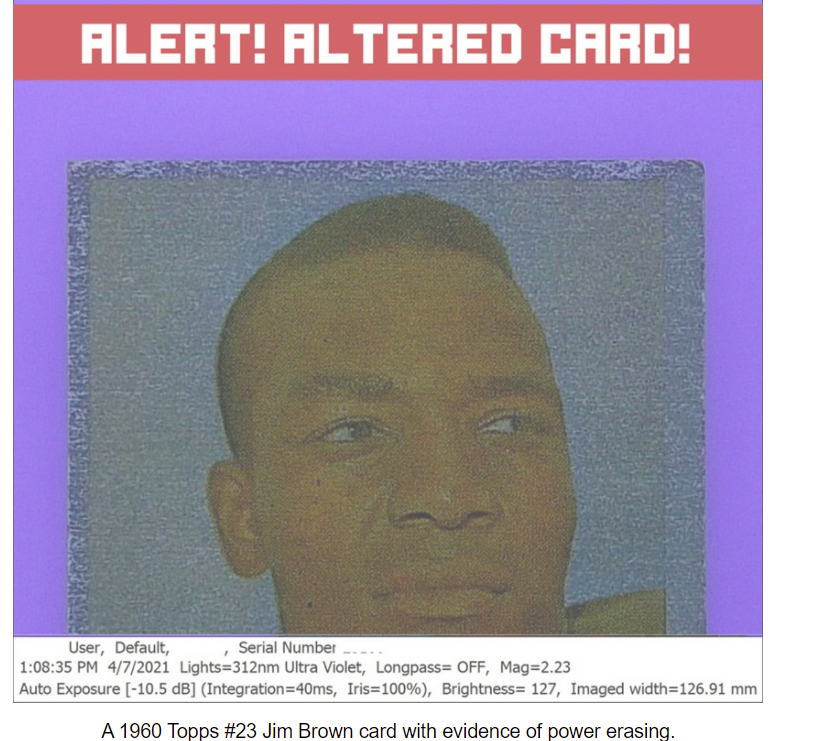 How Much Does CSG Charge To Grade Cards?

Like all other graders, CSG has different grading tiers.

The cheapest level is Bulk, which costs $12 per card and requires a 50-card minimum, with values of up to $250 per card.

Add on services include sub-grades, which costs $10.

What Are The Turnaround Times For CSG?

CSG lists the current estimated turnaround times on its website.  As of this writing, there does appear to be a 3-4 month backlog.  Bulk submissions are estimated at 130 days, Economy at 109 days, with Express service now taking around 27 days.  Also, I recommend visiting this Blowout Forums thread for a running discussion of submissions and turnaround times.

Overall, it appears that collectors like the service.  Grading appears to be tougher than normal and many complain about how hard it is to achieve a perfect 10.

PSA does not distinguish between Gem Mint, Pristine or Perfect cards as the others do and has a catch all PSA 10 Gem Mint grade.

It seems like collectors however appreciate this harsher grading and think that CSG is doing a good job of establishing a reputation in the hobby.  The advanced tech used to detect the alterations on the Jim Brown I mentioned earlier are a good example of this.

However, it also seems like consensus is that the flip is ugly--many prefer the style with the subgrades, but many agree with my notes about the extra white space on a card with no sub-grades.

And then some don't really think CSG graded cards are generating the ROI needed to remain a sustainable entity in the hobby.

Does CSG Have What It Takes To Become A Household Card Grader?

I think they do.  As mentioned, there are several things working in their favor. One, the company is well established already in other collectible verticals and knows how to build a successful grading brand.  Two, they hired what appear to be the right people to head up their operation.  Three, it also appears that their grading process is a bit stricter than others and their use of newer technologies is helping detect some alterations that maybe some other graders might not pick up on. Lastly, they have the backing of a big private equity group in Blackstone, which will likely be throwing dollars at this to help compete with PSA.

My opinion--tweak the flip.  It's early enough to make a subtle change that will help prove that you are listening to collectors.  I also wonder why the slab is larger than other competitor offerings.  This makes it super clunky to hold CSG holders in tandem with others that might exist in your collection already.  Pricing appears to be attractive compared with the other grading companies, so ultimately if they can keep up with increased demand, it has the chance to make a big impact on the grading industry.  I welcome more competition in the hobby, so wishing CSG the best of luck.

Thank you for your critique of CSG,,I chose to send some cards to them..I took too long to send to PSA,Beckett,and they closed up their options for orders last Spring. So in July,I sent 17 cards in and just now Nov.got my order sent out which was accurate in their delivery estimates.CSG also had fair prices. I got economy with subgrades.. I’m not a “real” player,just had some cards I had gotten back in 1998-1999,and put them on ebay this past year. CSG did answer my calls when I called them. thank you again. Peter Thien

Appreciate you offering your feedback Peter; seems like a pretty decent turnaround time. Think they could ultimately be a player over the long run. Time will tell.