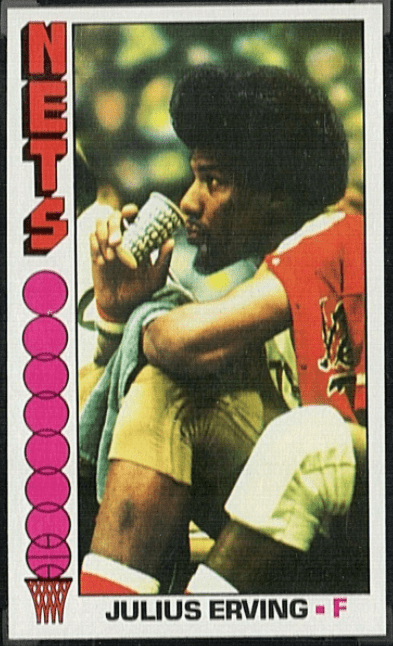 I think we all know about the craziness going on with the Jordan rookie card, but of course other vintage basketball cards have been moving up in price as well.

Still, with a few exceptions (think the Dr J rookie card) the 1970’s era for vintage basketball cards still feels like a bit of an underappreciated part of the market.

Basketball seemingly came into full force in the 1980’s, with the arrival of Larry Bird and Magic Johnson, and of course, Michael Jordan himself.

So, I thought it would be a good exercise to identify ten basketball cards from the 1970’s that look like good investments from a buy and hold perspective.

Sure there’s been a lot of hysteria in the space (thanks Gary V) but I’m ignoring ALL that noise and looking for vintage basketball cards that I still think represent attractive value and should be good investments for the long term.

So, as always, if you have any comments or questions on any card on this list, feel free to reach out to me at chris@allvintagecards.com

The 1970 Topps cards tend to get overlooked from a set perspective,  mostly due to the larger size and the lack of rookie power in the set.  However the set is full with basketball legends, including the #50 card of one Wilt Chamberlain. 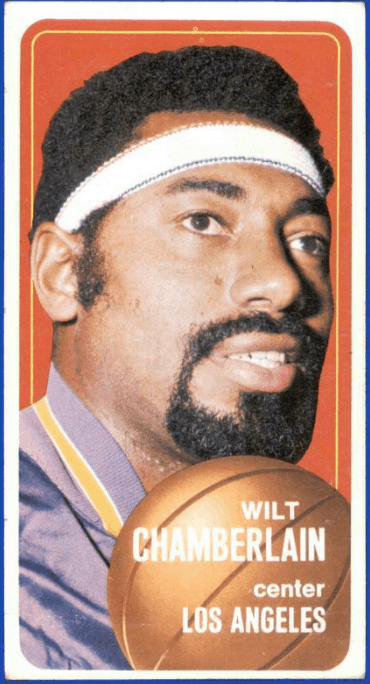 It's generally not a tough card to find: PSA has graded over 1200 copies.  Still, the supply pales in comparison to let's say a Jordan rookie, which has been graded nearly 20k times by PSA.

While a near mint or mint copy is likely to going run you over $1000, the great thing is that given the supply, an Excellent to Mint copy can usually be found for less than $300. 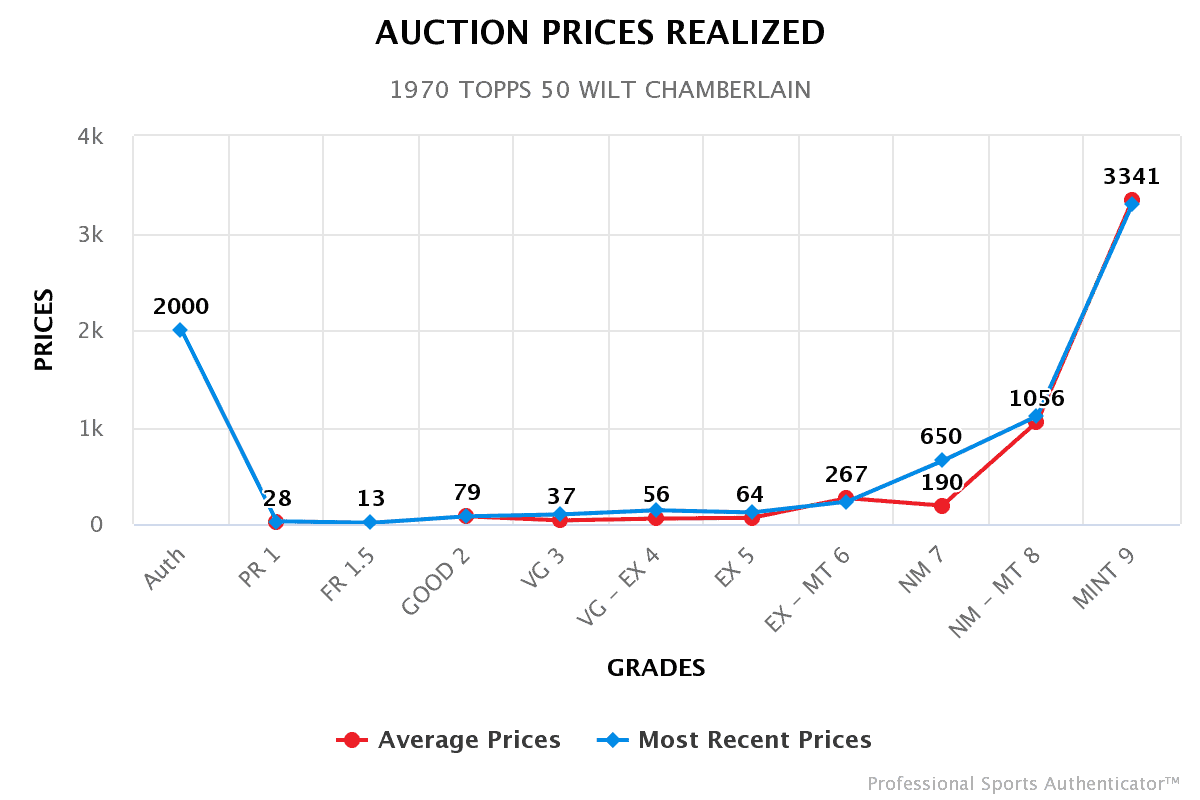 The Lew Alcindor second year card from the 1970 Topps set is actually the most valuable card in the set, yet still generally underappreciated in my opinion. 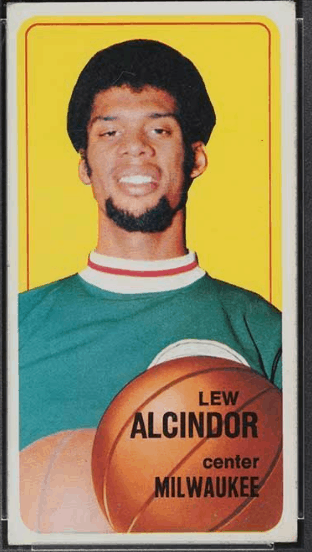 The card has a slightly higher PSA population as opposed to Chamberlain with over 1500 graded by PSA, yet still fairly affordable.  An Excellent-Mint copy (PSA 6) on average sells for $400-$500; in my mind a good choice for vintage basketball collectors. 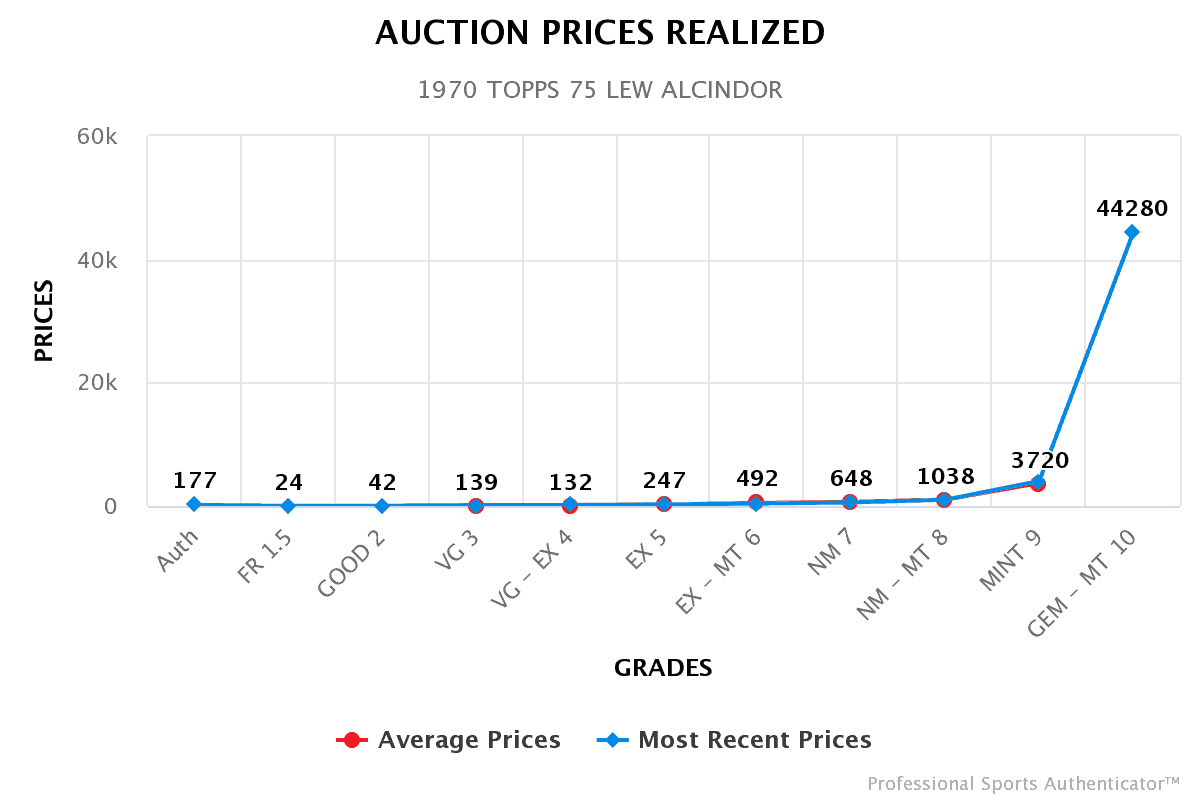 Dave Cowens was a key member of the Celtics teams in the early 70's and was named as the #66th best player in the history of the NBA by ESPN. 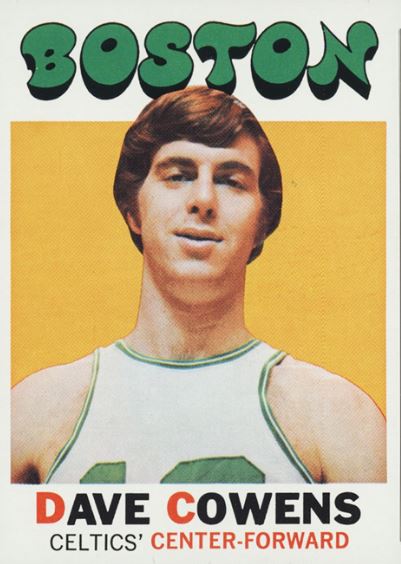 His 1971 Topps card again, isn't rare; ;ess than 1000 cards have been graded by PSA, with a Near Mint copy selling for less than $100--- a bargain in my opinion for one of the all time Celtic greats.

Throwing out a bit of an oddball here-- the 1971 Topps Sticker set isn't really all that hotly demanded by collectors, but if we consider that collectors go bananas for sticker cards of star players (see 86 Fleer Jordan sticker) and three panel cards (see Bird/Magic rookie) then maybe this one should have a spot in a vintage basketball collection?  Not only do you get Alcindor, but also a panel for HOFer Connie Hawkins. 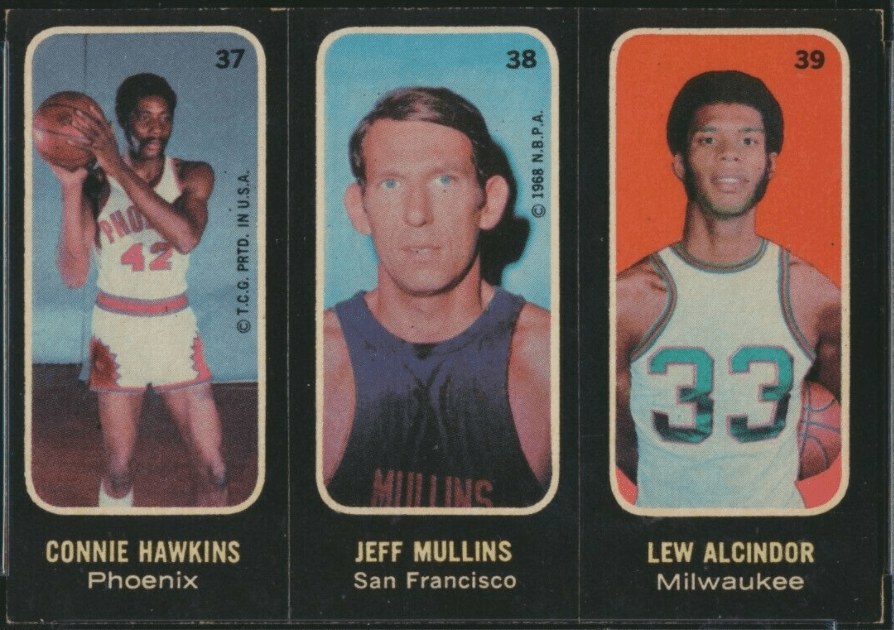 PSA has only graded 200+ copies of the card, making it much rarer to find than any of the other early 70's Topps sets.  Consider this one a good value play for an affordable way to get a super cool Alcindor/Hawkins card.

We've covered the Dr. J rookie card previously, but I can't write a piece about investing in 70's vintage basketball cards without mentioning it.

It's not a rare card; PSA has graded roughly 3500 copies of the card.

Still if we come back to the comparison-- the Jordan rookie, it's still only a fraction of the population.

A Dr. J rookie in Excellent-Mint condition can on average be found for around $800, which I still think is a good investment, even given the increase in price over the past few years. 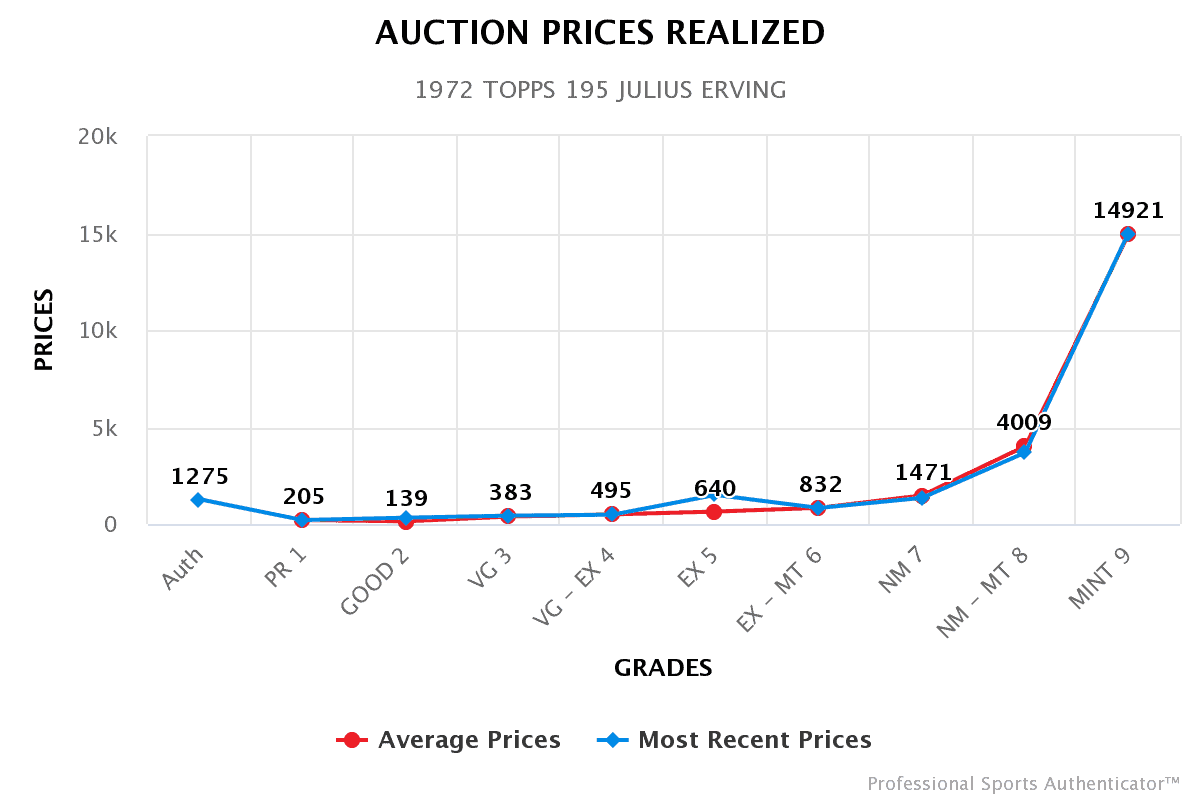 This is the second year card of Dr. J, and one that has a fairly limited population (relatively speaking).  As far as PSA is concerned, they've graded roughly 1/4 as many 1973 Topps Erving cards as they have his 1972 Topps rookie. 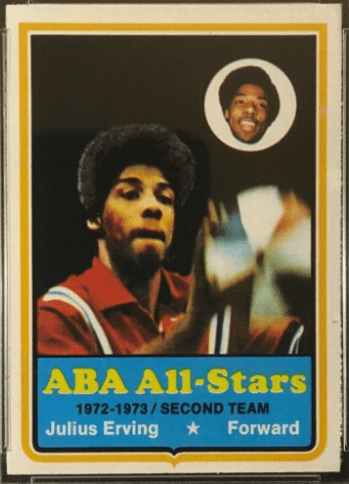 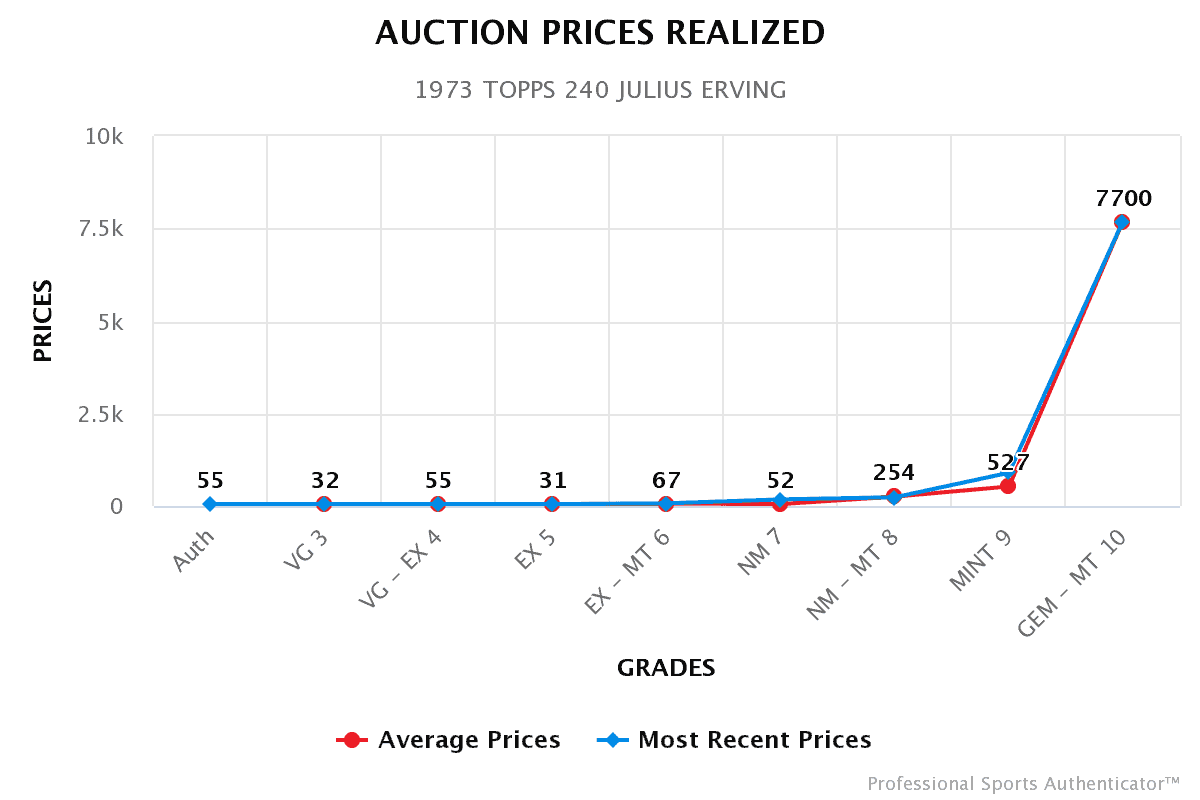 This is the rookie card for one 'Iceman' George Gervin, who is considered to be one of the best basketball players of all time (ranked #47 by ESPN).  Gervin is known for his trademark finger roll, he won four scoring titles and earned twelve straight all star selections. 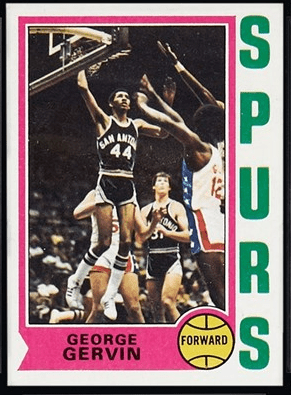 Will the Gervin rookie go crazy like the Jordan rookie? No, absolutely not.  But this is a key rookie for one of the top 50 basketball players of all time.

It has been graded nearly 1000 times by PSA, so by no means rare, but still if you can find one in nice condition, it's a nice cornerstone rookie.

At $200 for an Excellent-Mint copy, I'd say it still looks attractive.

Again, Walton isn't in Jordan or Lebron or Bird or Magic territory, but it's a key rookie for one of the better college and NBA players to play the game, along with the fact that Walton has become one of the most well known announcers in the NBA. 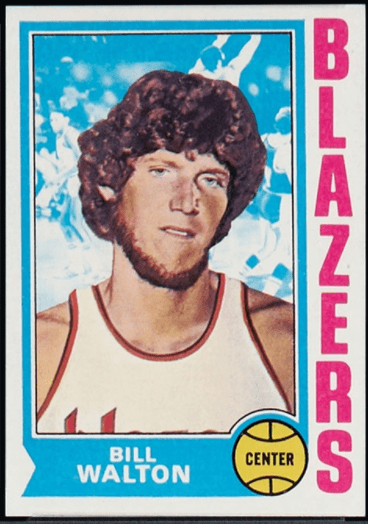 A nice copy, usually a PSA 6 to PSA 7 can be found for around $100.  Again, not rare, but still, Walton's rookie is a cornerstone for vintage 70's basketball cards. 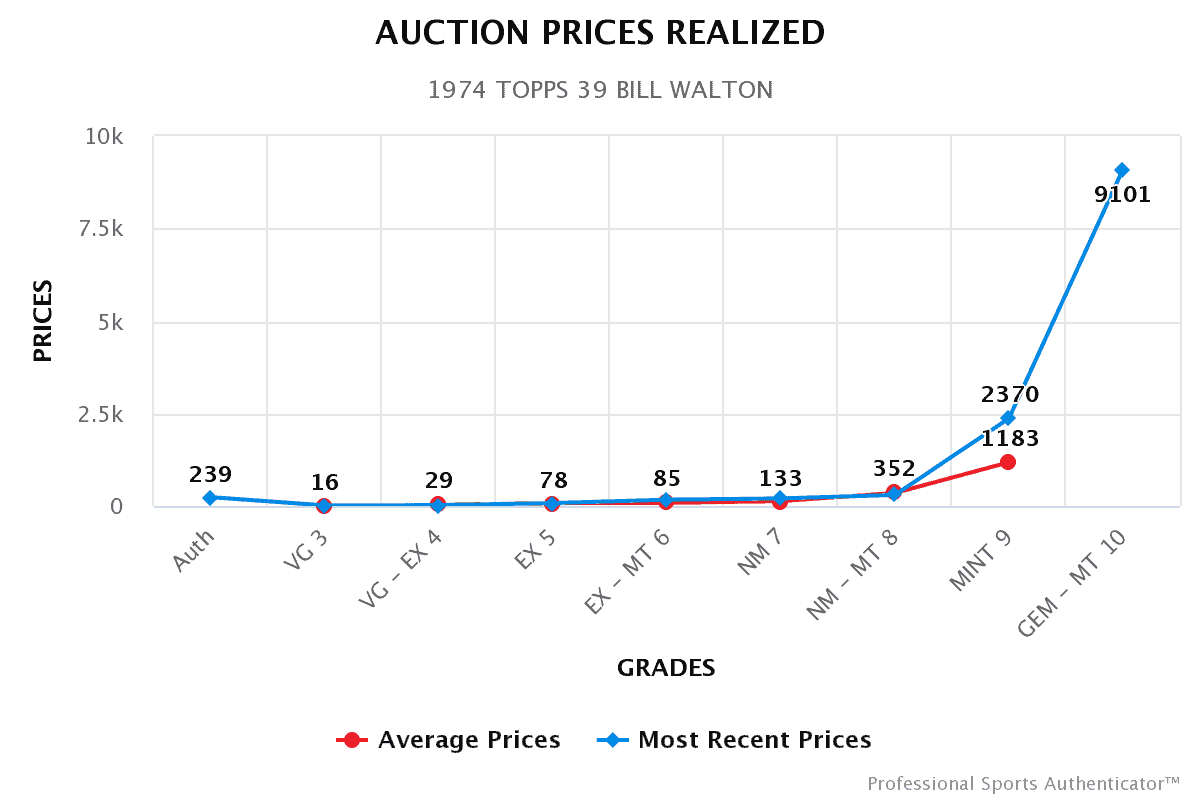 When we talk about players that came up in the 1970's, I feel like Moses Malone gets overshadowed for some reason.  Dr. J's name still hits the top tier of the conversations about the upper echelon of players, but maybe Malone is overlooked?  I mean ESPN's rankings don't mean everything -- but they have Malone as the #18 best player of all time. 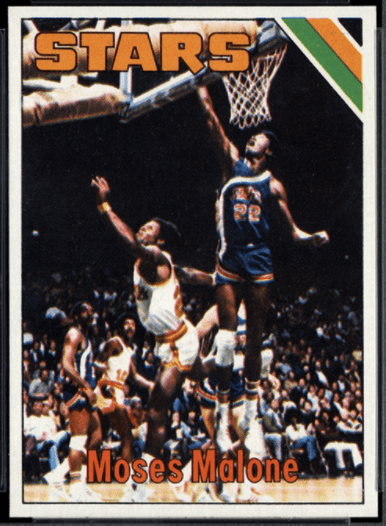 We can see the population and the values below...again, not a rare card, as nearly all the 70's Topps cards are not.  But a PSA 7 on average is still going for $200-$300.  In my mind, it's a great investment for vintage basketball collectors. 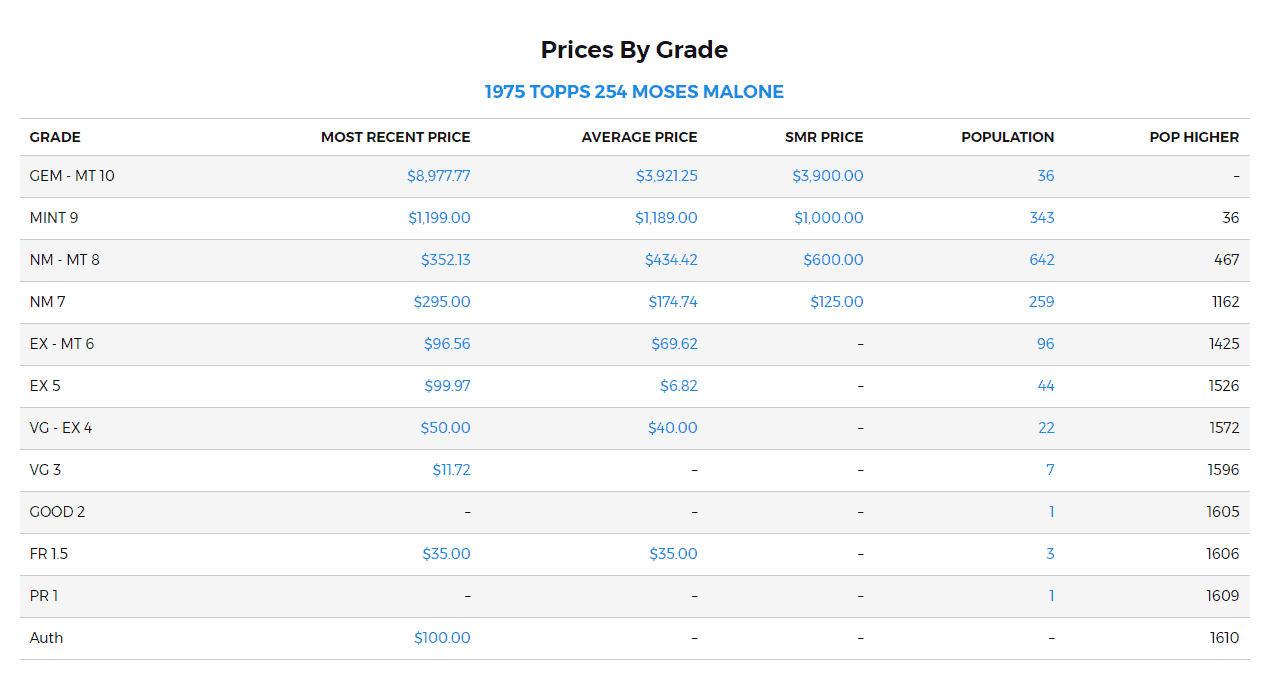 The oversized cards returned in 1976 and while there is not a lot of rookie power in the set, I really like this Erving card for some reason.  Plus, the set has a lower graded population than a lot of the other 1970's Topps sets; I'm assuming it's because of the larger size.