The good thing for collectors is that I haven't seen too many sophisticated Bird/Magic rookie fakes, but that doesn't mean they won't hit the market.

Thus, this guide should help you know some of the telltale signs of an authentic card and how to tell the difference if you encounter a fake card.

Let's get some of the easy stuff out of the way.

Many of the reprints sold online have missing perforation marks.  So, if you see a Bird/Magic card without the perforations it is usually a fake.   Here's a weird one I came across on eBay; looks like someone maybe tried to hand cut and then maybe glued it back together.  Total mess! 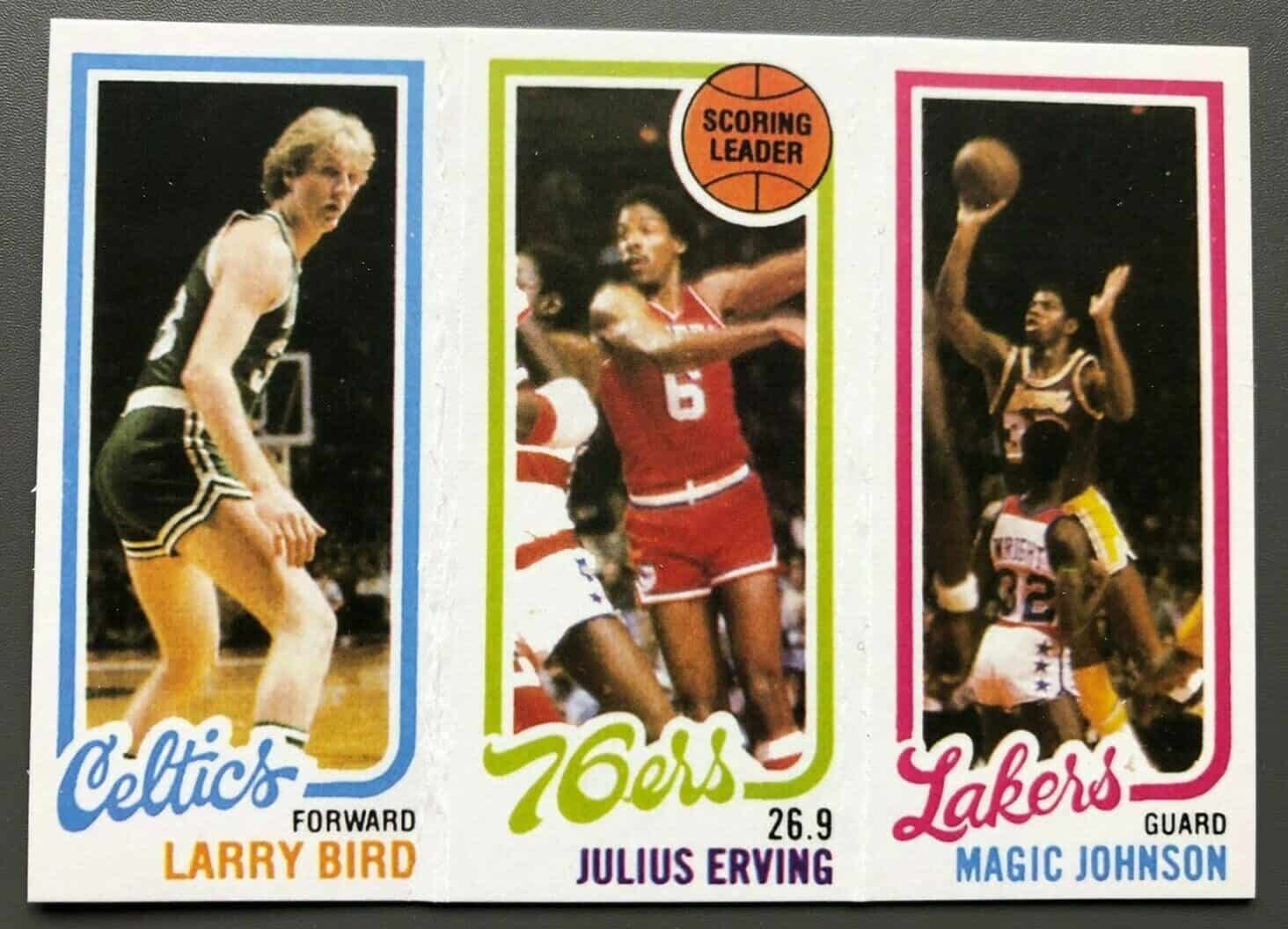 One caveat to this!  There have been some Bird/Magic rookie cards discovered that were cut from uncut sheets without the perforation marks, but generally these are fairly rare.

Another big think to look out for on fakes---hand marked lines..especially ones that look crooked.  See one example below: 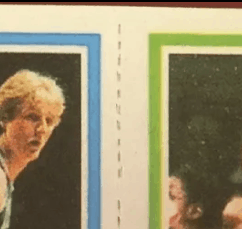 Watch Out For Topps 1996 Bird/Magic Reprint

In 1996, Topps included a reproduction of the Bird/Magic rookie card in its 1996-97 Topps Star Basketball set.   Note there is also a Finest version of the card. 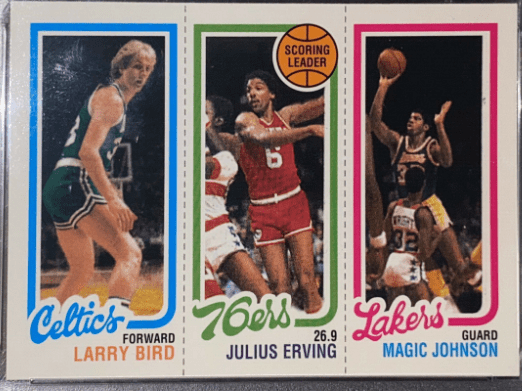 This one is super easy to spot just based on the reprint text on the back of the card, where I've circled in red - "Reprinted By Topps Company Inc 1996...." 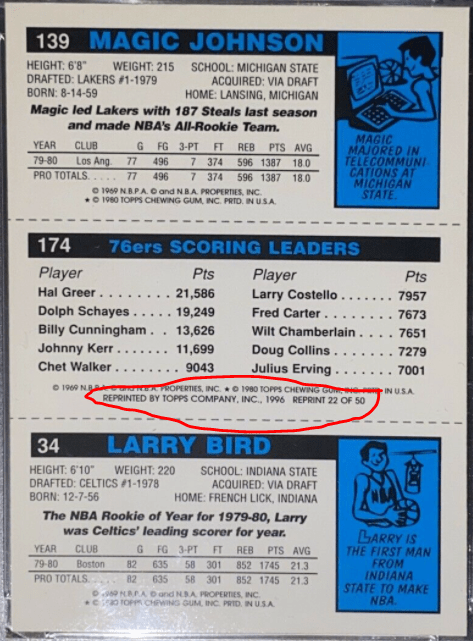 When authenticating cards, it is always important to get a feel for the real deal.

Here's a high resolution image of the front of an authentic copy. 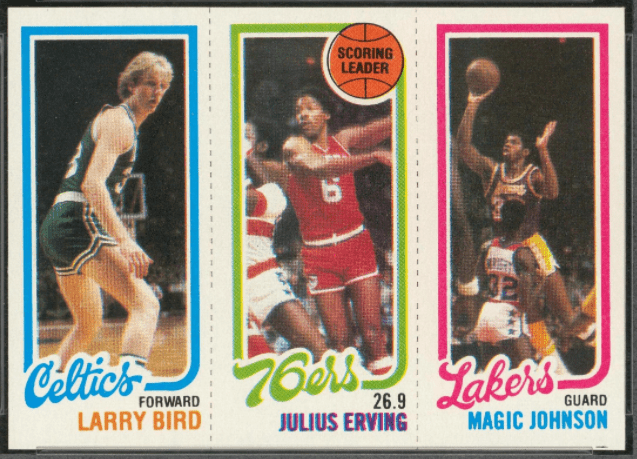 There are some clear things that we can observe.  First, the images on the card are notorious for the poor quality, so we can expect all of the player images to have some level of blurriness.  In addition if we look at the perforation lines on the card, they are fairly consistent in that each vertical column there are two missing 'dash' imprints near the top third and bottom third of the line.

The cards are also notorious for different types of print defects and many of these can be a huge help in trying to identify a real card.

Here's a common one (and I don't think PSA considers this one a print defect. 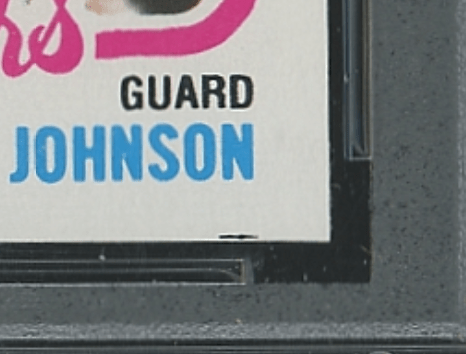 Another on that is very common are these print stains on the front of the card. Notably black print stains between Bird and Erving..and Erving and Magic...and then the white snow in the black background of Magic. 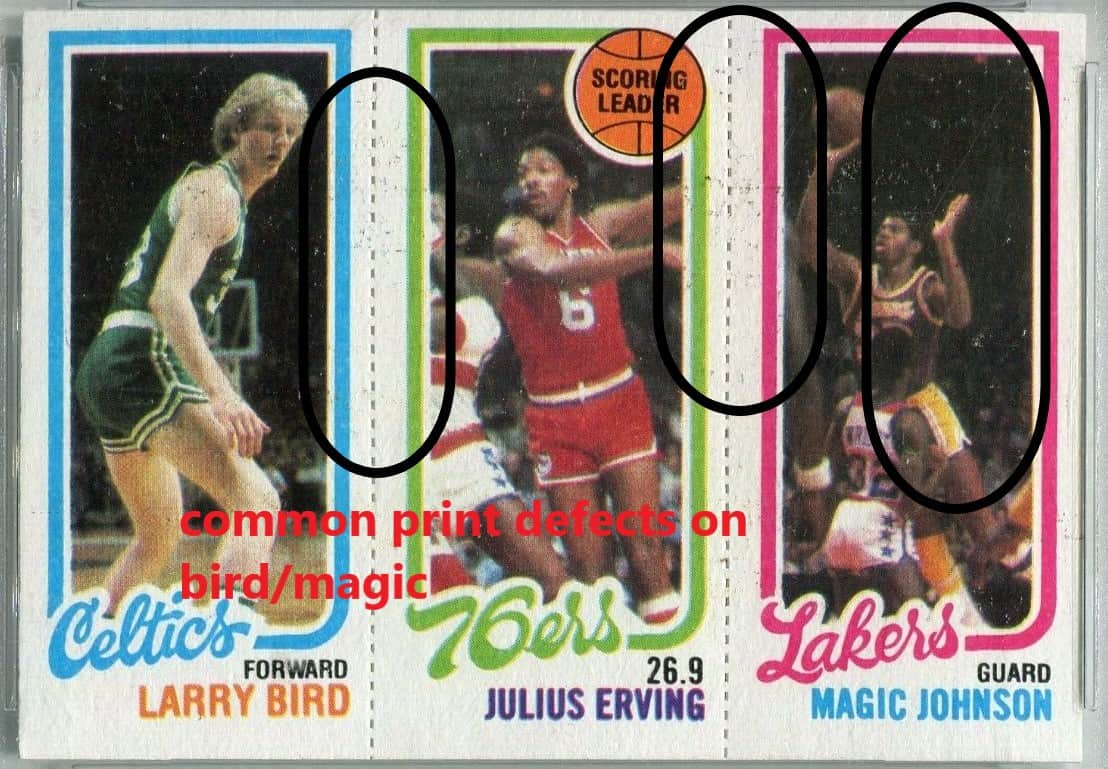 This card was actually awarded a 'PD' (or print defect qualifier from PSA).

The good thing with these flaws is that it would be hard to really replicate these on a fake card.  Not impossible, but it helps piece together the puzzle.

Here are some closeups of the Bird/Magic rookie card: 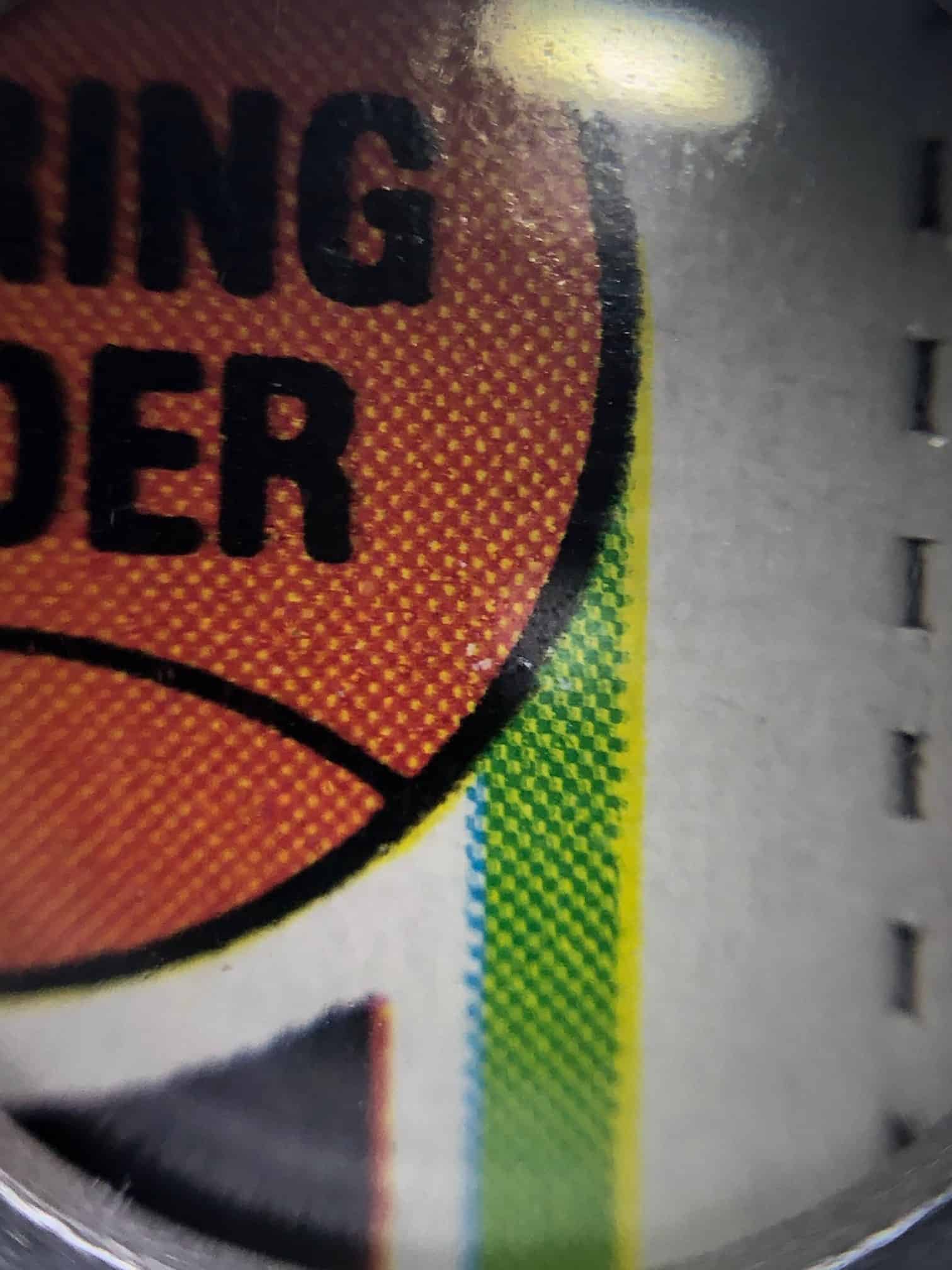 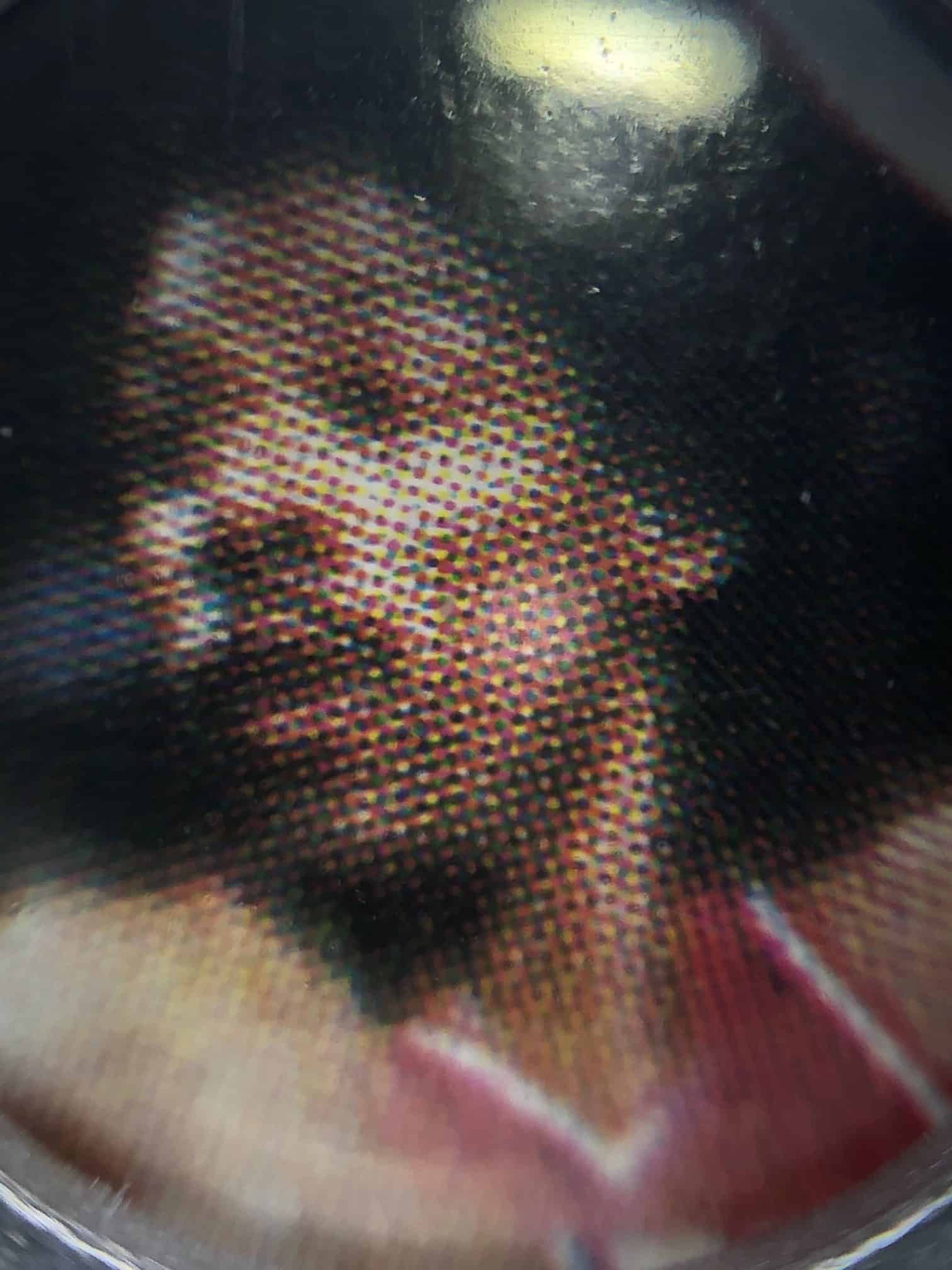 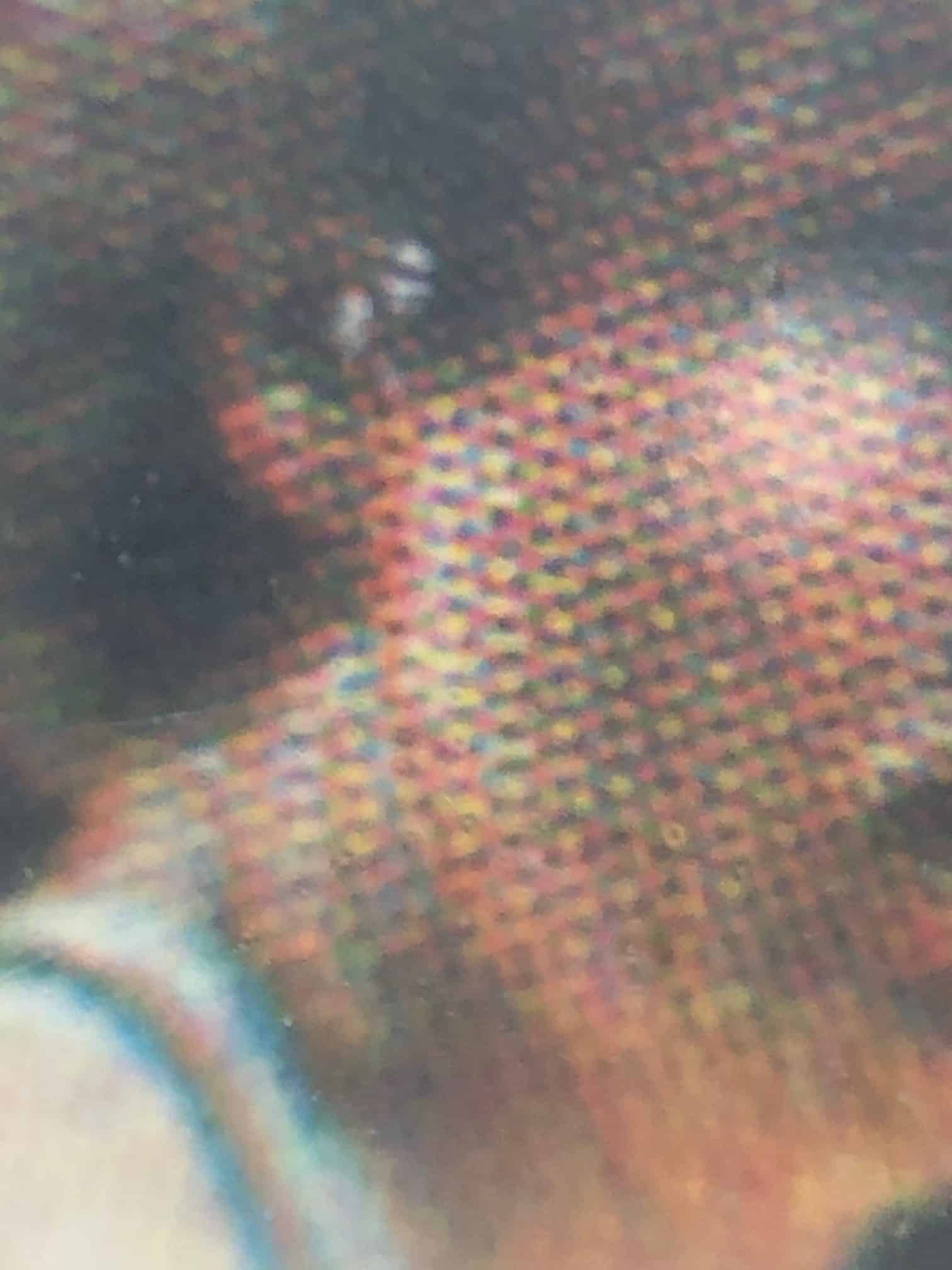 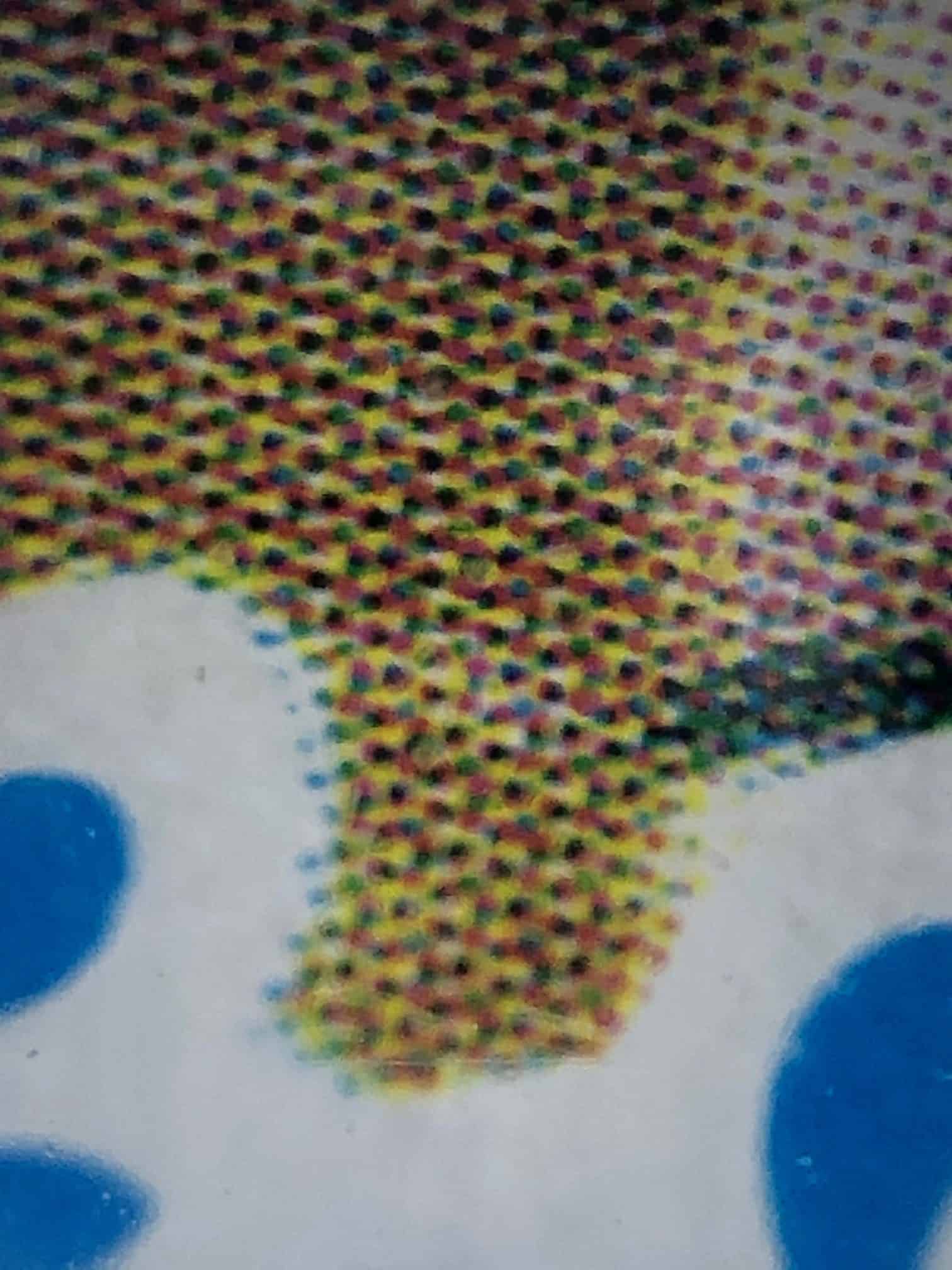 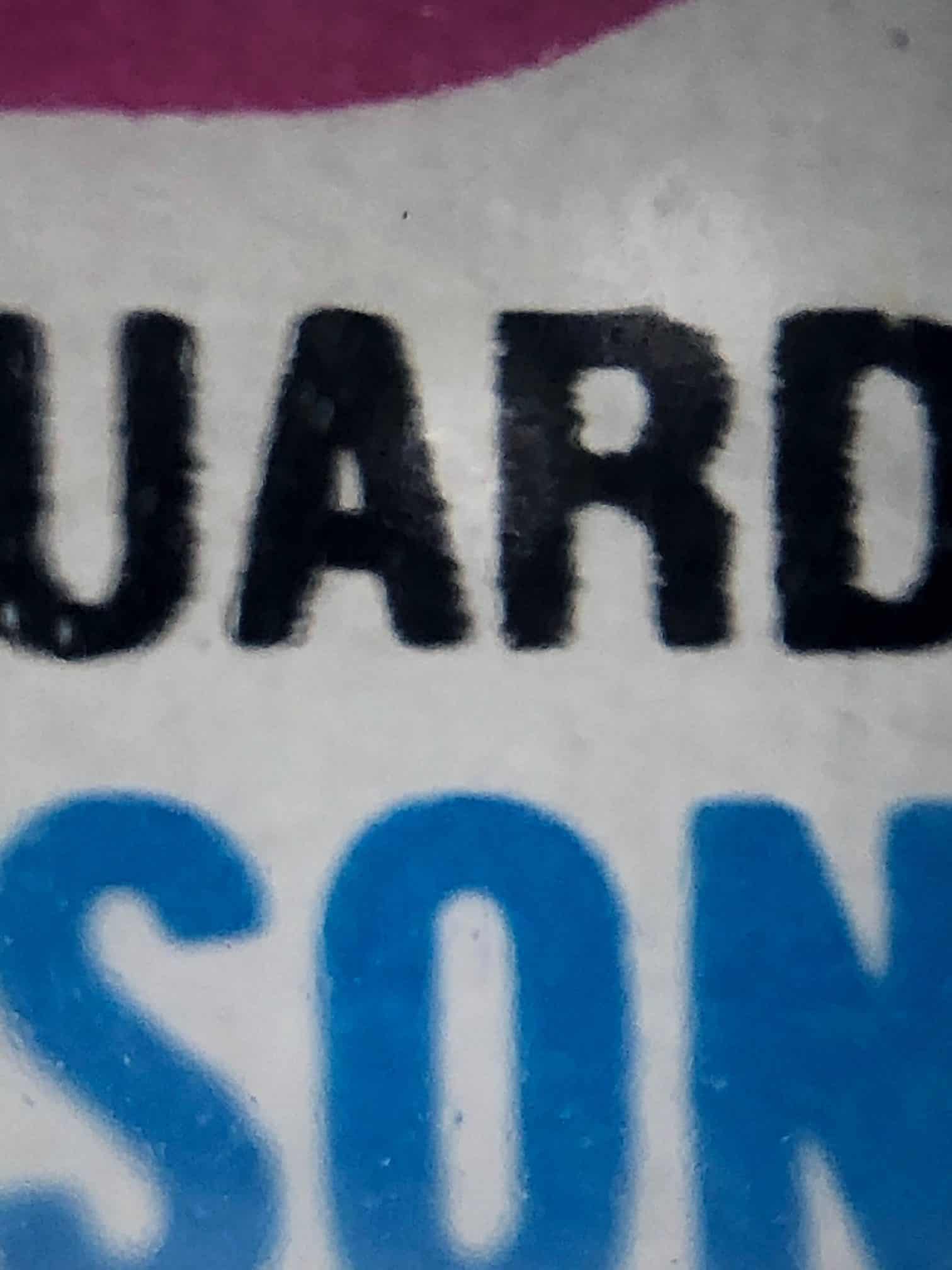 A closeup of the lettering on the front of the card

This is a fairly common reprint card that we can easily spot only from an eye test. The colors are incredibly bright (look at the orange in the basketball) and the white is way too bright.  It's hard to see from the photo but the player and team name texts are a bit blurry---under microscope there would be a distinct lack of clarity in the print and look nothing like the images shown above. 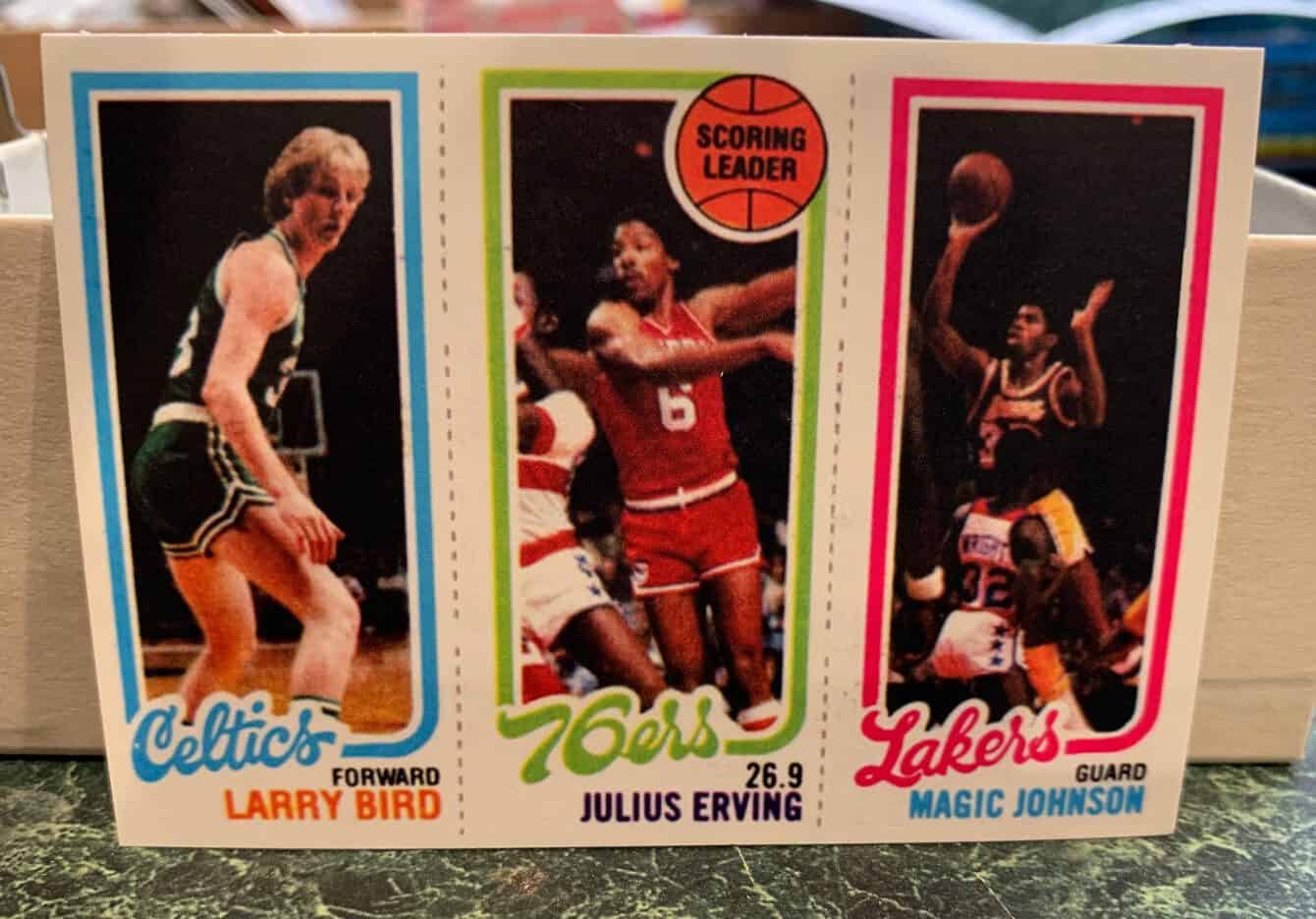 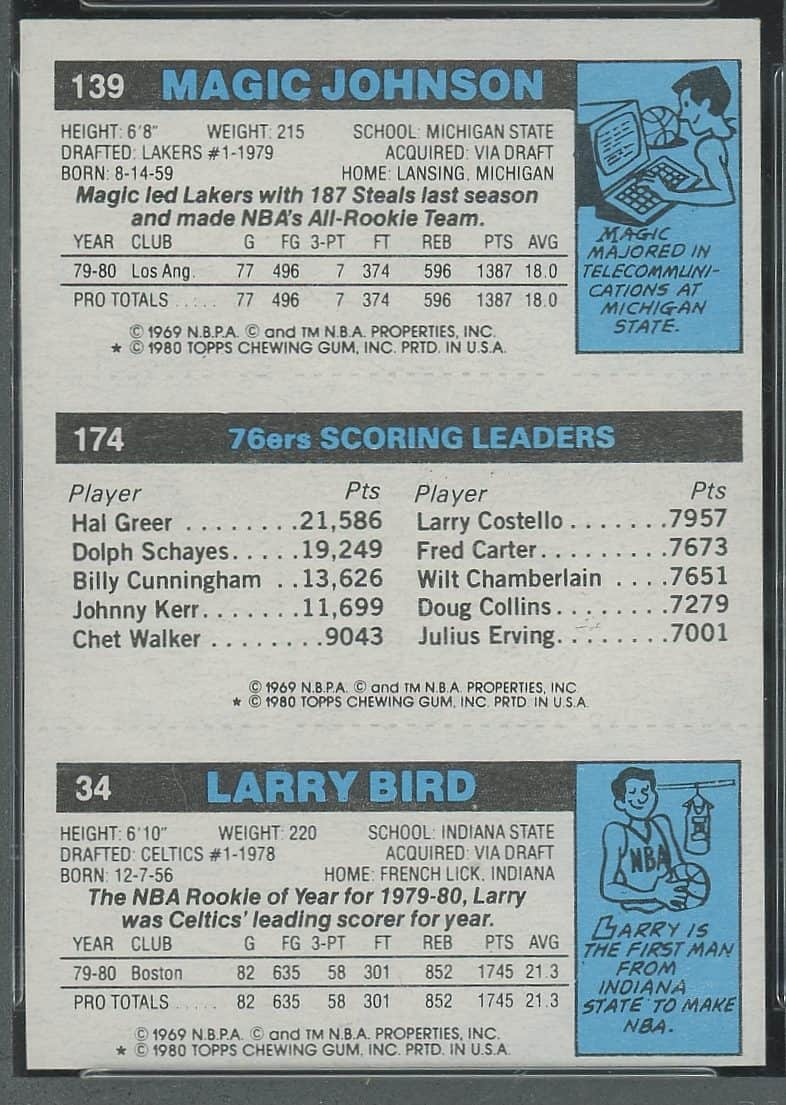 Back of an authentic Bird Magic rookie card 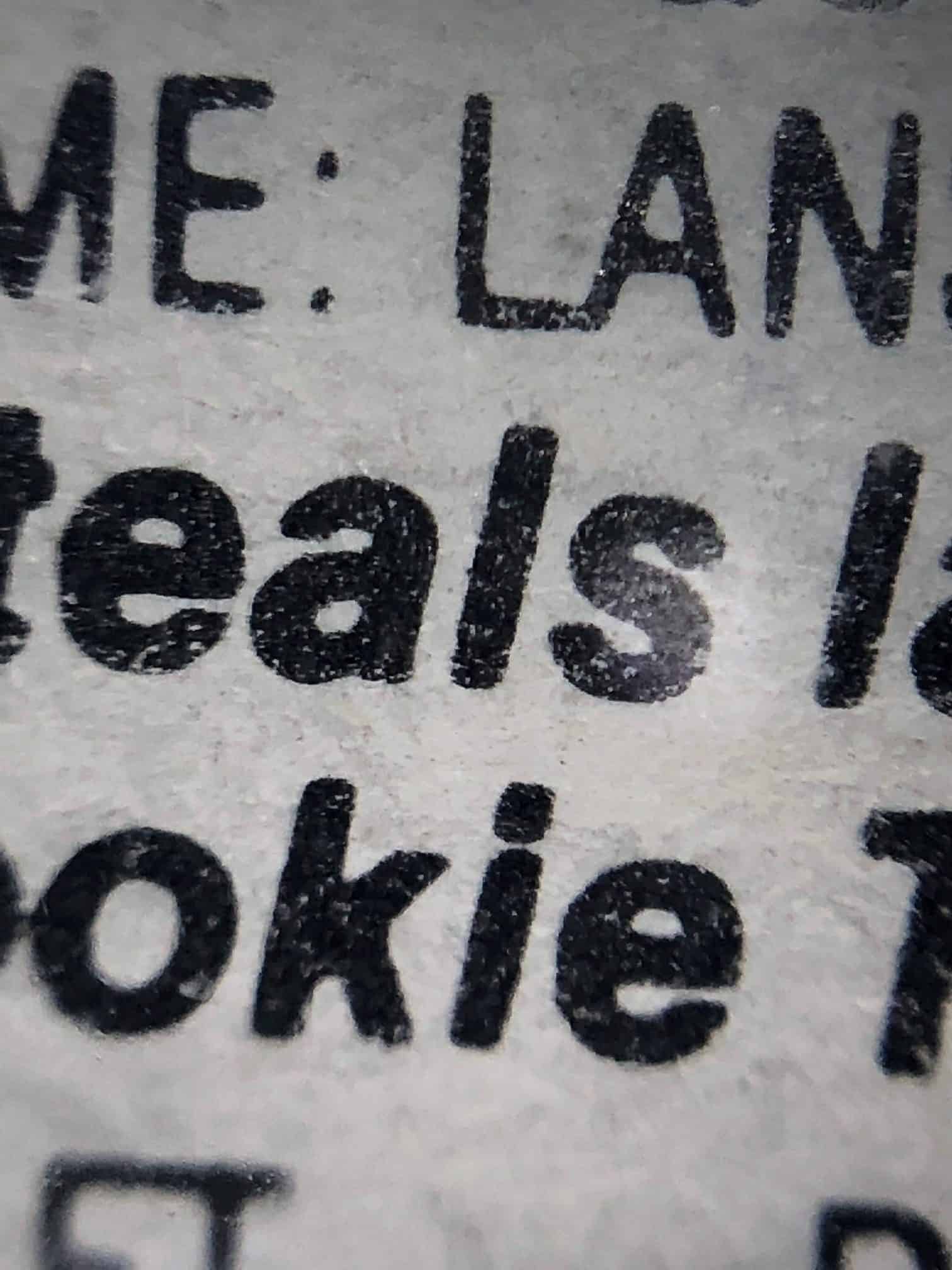 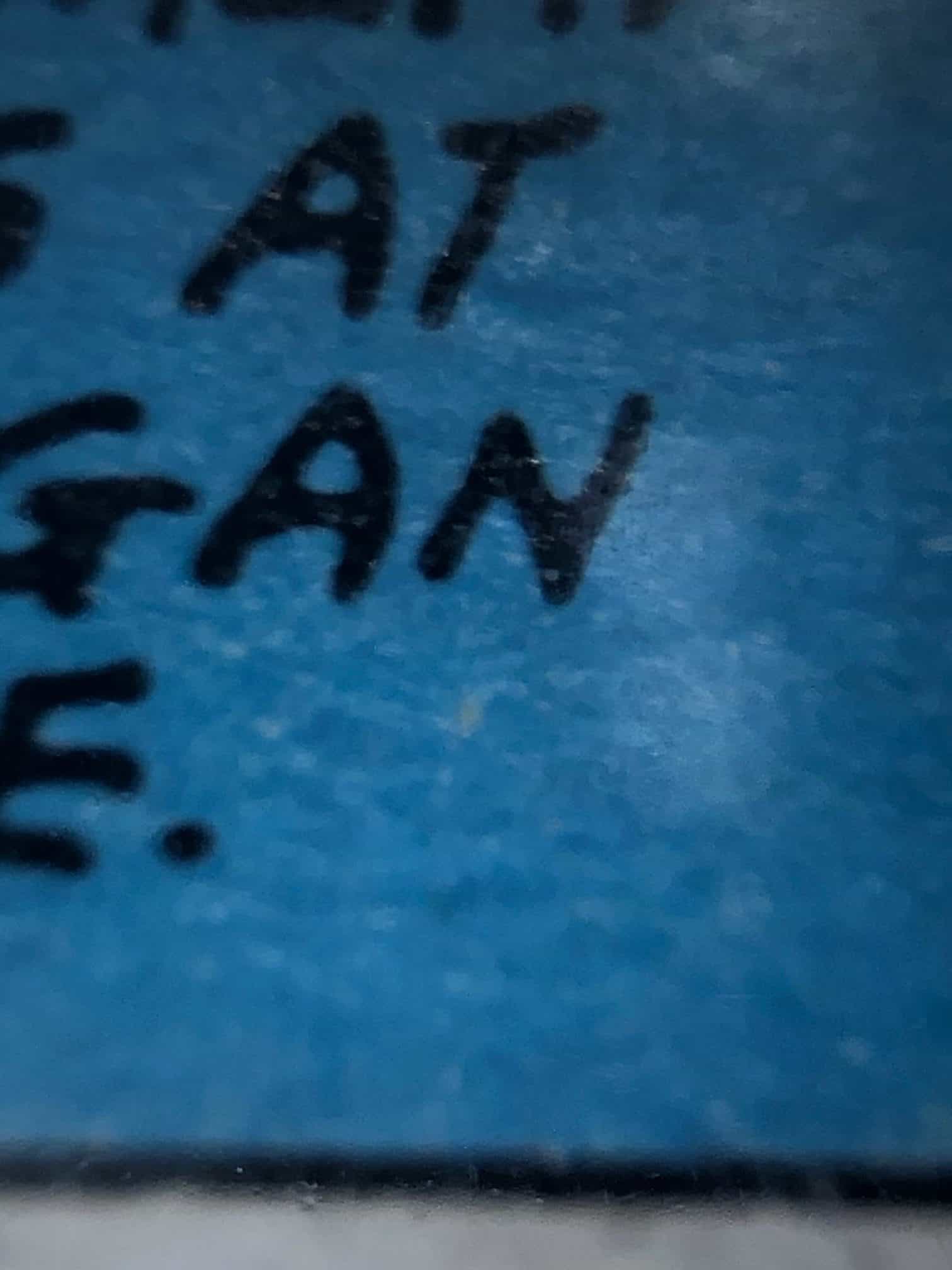 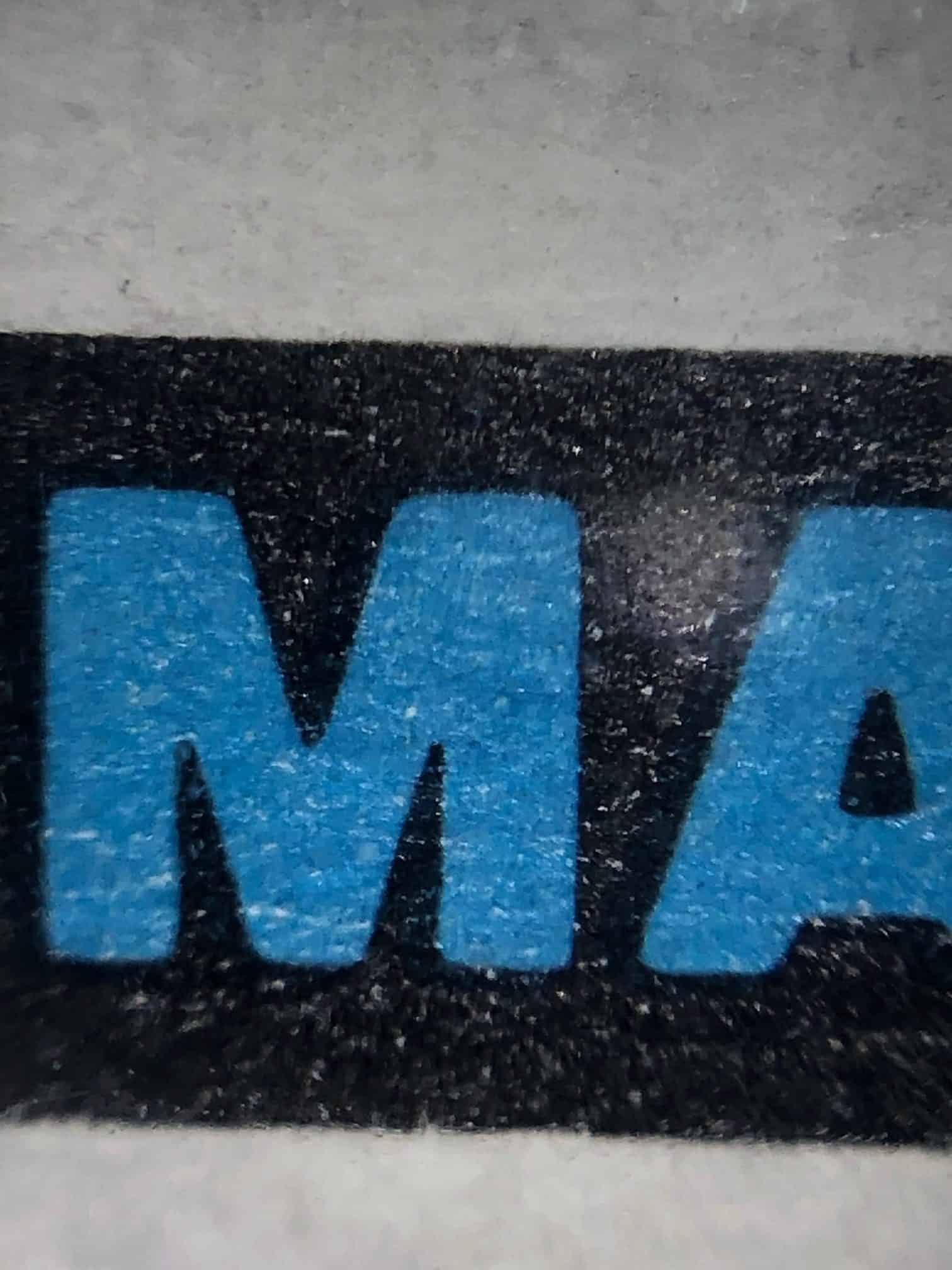 Common Reprints and Back Differences

A while back there was one hilarious discovery on a fake that I haven't seen much of lately, but is certainly worth mentioning. 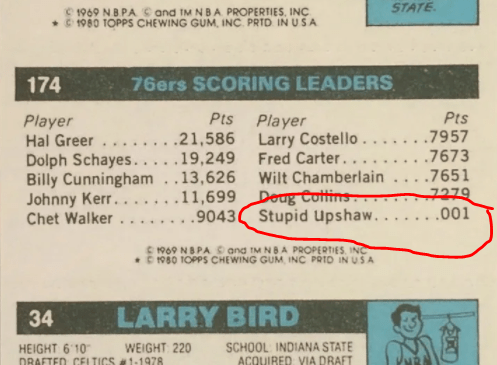 Some fakes have the name Stupid Upshaw on the back...these are definitely fakes

Here's a back on other common reprints and you'll see that's it not so easy to tell the difference.  That's where you really need to take out the loupe to try and examine the print marks.  If the other front indications aren't helping tell the story you really will need to get a closeup look at the print on the back. 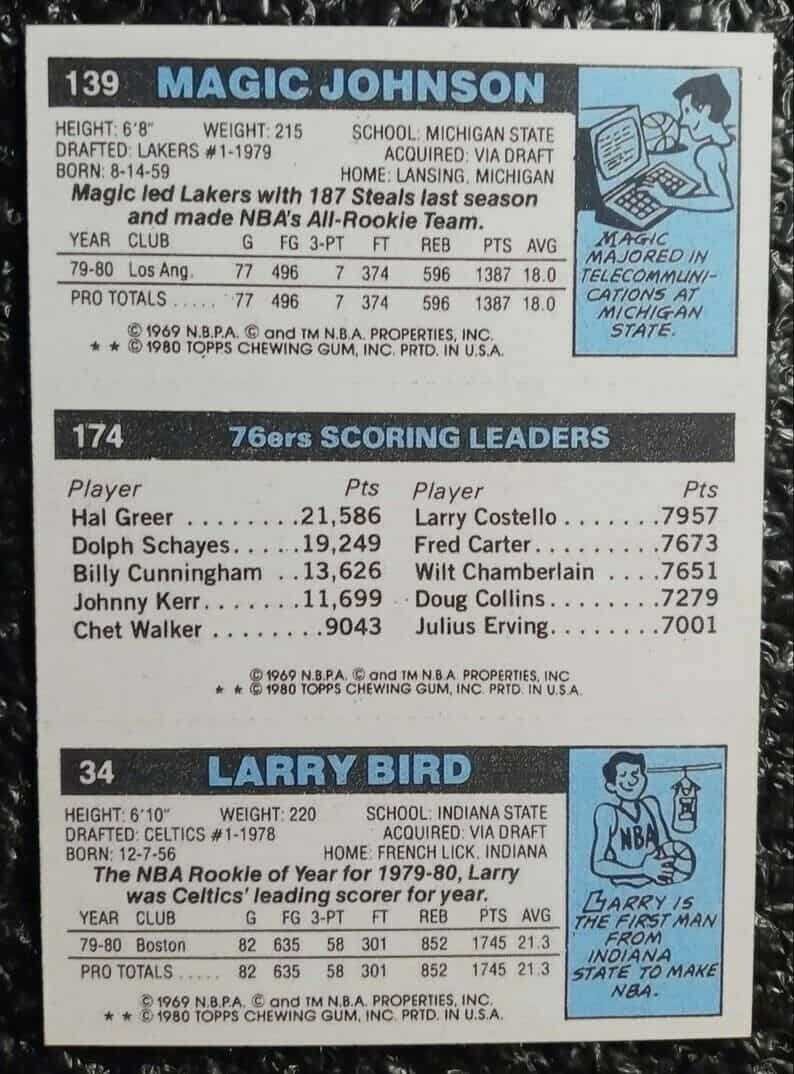 Back of a more common non Stupid Upshaw reprint.

I'm working to get some more closeups of the reprints uploaded here to give some closer comparisons.  I'm also on the hunt for any other reprints that may be out there.  So if you have seen or have a good fake, please send it my way and I can try to include in this resource guide.

I can be reached at chris@allvintagecards.com